When Nonaka Itaru made plans to spend the winter of 1895 on the summit of Japan's highest mountain, his wife realised she had to save the aspirant meteorologist from sacrificing himself to science ... 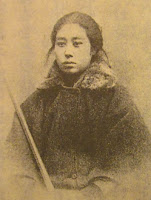 To save her husband, she'd have to deceive him. That much was obvious after Itaru came back from Mt Fuji in February. Flushed with the success of his solo climb – the first ever ascent in winter – Nonaka Itaru could no longer see any flaws in his plan. He'd dreamed for years of making an original contribution to meteorology. Now the way was clear for action.

In the coming summer, he’d build a hut on the summit of Mt Fuji, almost four kilometres above sea level. Then he’d climb up there in October, and take weather readings through the winter of 1895. Nobody had ever before made a round-the-year record of atmospheric pressure at such an altitude. Success would give Japan a lead in the nascent science of weather forecasting…

The scheme was already bold. What tipped it into recklessness was Itaru’s resolve to take weather readings every two hours, night and day – even though Wada-san, Itaru’s sponsor at the Tokyo Meteorological Observatory, had told him that six readings a day would be quite enough.

Chiyoko knew her husband. They'd been married a few years and, besides, they had practically grown up together back in Chikuzen. She knew how the famous stubbornness of Kyushu folk can boil over into folly. If Itaru went up that mountain alone and tried to fight its ferocious winter without proper food or sleep, he wouldn't come back alive.

So – with her own streak of Chikuzen obstinacy – Chiyoko made her own plans. After spending the summer in a village at Mt Fuji’s foot, helping Itaru organise the hut’s construction, she’d travel back to her parents’ home, drop off her three-year-old daughter, Sonoko, and make ready to climb Fuji and join Itaru for his winter vigil. All without telling Itaru, of course, or he’d put a stop to her preparations. 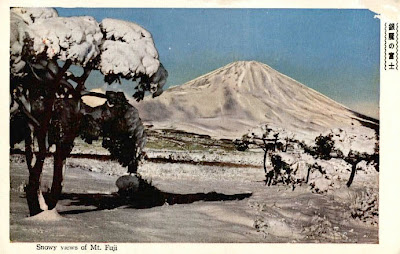 The hut was finished in late September and Itaru took up his vigil there soon afterwards. As soon as the coast was clear, Chiyoko set out for Kyushu, a three-day journey. When she turned up unannounced, little Sonoko asleep on her back, her parents were first delighted, then concerned. Have you displeased Itaru in some way, her mother asked.

Kneeling on the tatami, Chiyoko explained her plan – if she didn't go up the mountain, she would soon have no husband. The parting with Sonoko brought tears, but she knew where her duty lay. In the first week of October, she was back at the village at the foot of Mt Fuji. The mountain loomed overhead like a colossus, snow-covered to its midriff.

Early on the morning of the 12th, she set out from Nakahata escorted by her brother, Kiyoshi, and two porters. As the light began to fade, they reached the hut and hammered on the door. Itaru slid the door aside and looked out at his visitors - first amazed at them, then aghast: "What on earth are you doing here?" he asked ....