How Alfred de Quervain took the measure of Greenland's icecap

Just like Greenland, we thought when we first set eyes on the Claridenfirn – so vast and open were the views across this icy altiplano in the Glarus Alps of Switzerland. 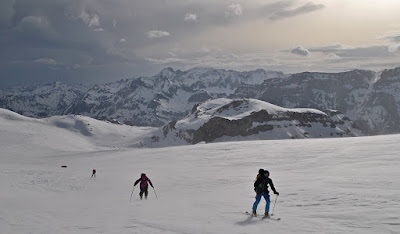 Back in Zurich, a quick Google suggested that the comparison wasn’t so wide of the mark. For a link does exist between our local icefield and the world’s largest, most heavily glaciated island. It turns out that the Claridenfirn was first researched by a Swiss explorer who, just over a century ago, also led the first west-to-east Greenland crossing. Now a special exhibition at the Swiss National Museum in Zurich commemorates this feat.

Alfred de Quervain (1879-1927) may be the most famous arctic explorer that few outside Switzerland have ever heard of. Ironically, in these warming times, it was fears of a renewed freeze-up that helped to launch his career. When the young de Quervain finished his meteorological studies in Bern and Paris around the turn of the last century, Europe had just emerged from the “Little Ice Age” and the Swiss authorities were keen to understand what drove such climatic variations.

The ice continued to occupy de Quervain’s thoughts after 1906, when he took up an appointment as Adjunct-Director of Switzerland’s nascent meteorological agency. Inspired by Fridtjof Nansen’s pioneering crossing of Greenland in 1888, de Quervain wondered what conditions would be like further north, closer to the icecap’s midriff.

A reconnaissance was made in 1909, reaching a point some 85 kilometres from the coast. This was a salutary test: the party met with all the usual dangers and annoyances that face Greenland travellers, including crevasses, meltwater lakes, and winds that threatened to blow their tents away.

In April 1912, the Swiss expeditioners came back to make a full crossing – west to east, in the opposite direction to Nansen, so that they could avoid overwintering. Keeping the costs down was key: as for Captain Scott around the same time, support from the public purse was limited. 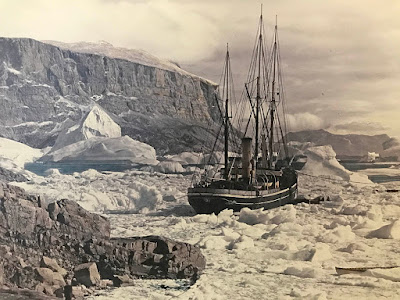 Instead, funding came from scientific institutions, private donations and a newspaper sponsorship by the Neue Zürcher Zeitung. The government did step in later to guarantee the expedition’s debts. And, as companies made contributions in kind, the party consumed a lot of Maggi soup. 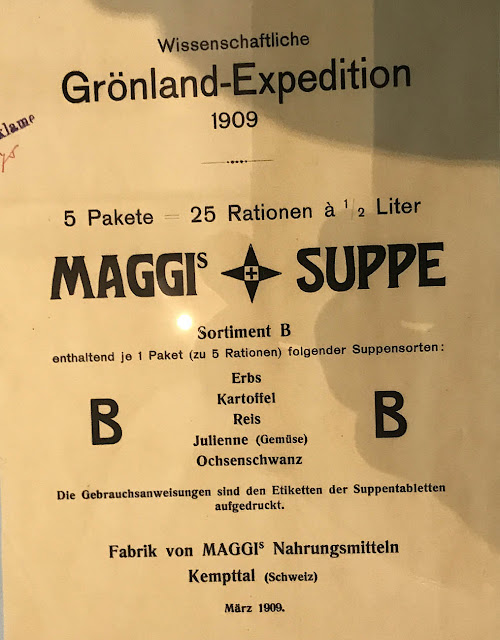 The expeditioners came from varied backgrounds: Roderich Fick was an architect, Karl Gaule an engineer and Hans Hössli, a doctor as well as a member of the Academic Alpine Club of Zurich. To weld this team together, de Quervain took them on a shakedown climb in the wintry Engadine. But learning how to drive dogs had to wait until they arrived in Greenland. 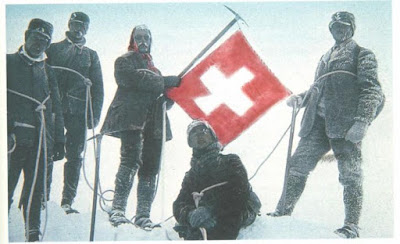 In the preface to his expedition book, de Quervain says “On the one hand, we took great risks. But on the other, we were so exact in devising and working out our preparations that perhaps some interesting but avoidable situations did not occur. Such would have been sensational and not to the credit of a serious undertaking.”

The words may be disingenuous. Like any expedition, they had their share of interesting situations. In the first few days, the sketchiness of their driving skills led to near-disaster, when two of their three sledges broke through thin ice into a glacier lake, complete with dogs and drivers. 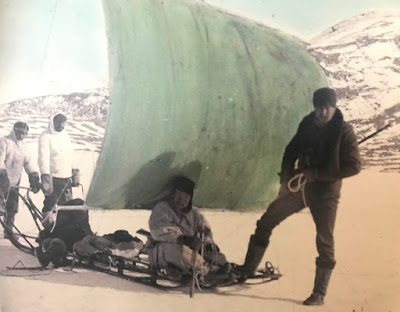 Fortunately, all was retrieved. The sleeping bags stayed dry in their waterproof packing and – much to the credit of this serious undertaking – de Quervain had arranged for the all-important supply of matches to be welded into tins and dispersed between all three sledges. His Ulysses Nardin chronograph – vital for navigation – did get waterlogged, but he managed to fix it. 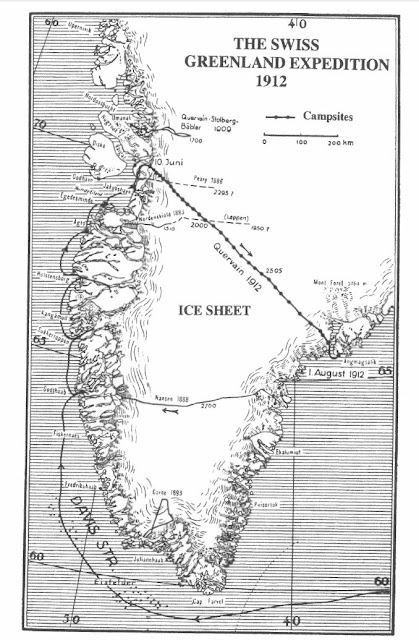 In the end, their resourcefulness saw them through. Despite several more mishaps – the dogs kept eating their traces – they covered 640 km in 31 days, reaching Ammassalik on the east coast in late July. On the way, they reached an altitude of 2,510 metres, gathering a trove of geographical and weather data. Two colleagues who’d stayed on the coast made more detailed meteorological observations, once tracking a weather balloon up to 39,000 metres.

Another expedition result may resonate with an even stronger vibe today:-

Among the insights […] we gained is the realization that we […] in fact have become slaves of our slogans “faster, faster” and “more and more”. Do we believe that the quality of our lives is improved tenfold by going ten times as fast, or hearing and doing ten times as much every day? What if the value of our impressions turns out to be correspondingly superficial as they grow more fleeting? What do we win? […] But we stand here at a threshold. From here on the law of our souls will always say: If the sensations reach us ten times faster, their impression will diminish tenfold, with the result that we will be the poorer the hastier we live. That is a small truth I have learned from the icecap, from the midnight sun and the hundreds of little wrinkles in old Kitsigajak’s face. It is another of the expedition’s results that I must not suppress.

Back in Switzerland, de Quervain wrote an expedition book that has been reprinted several times – although not yet, alas, in an English translation. Remarkably, he was able to illustrate this account with colour photographs.* Together with a series of public lectures, these efforts helped to pay off the expedition’s debts. 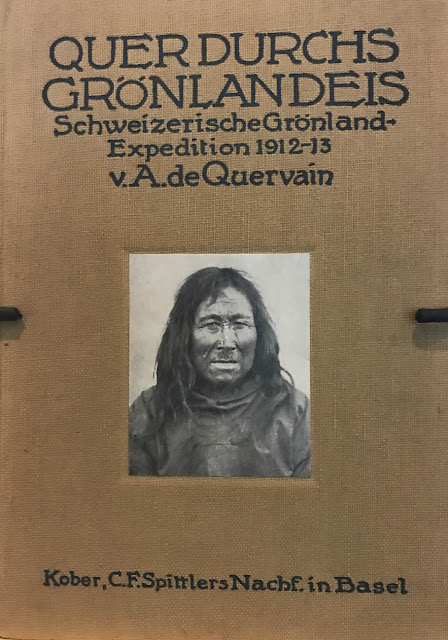 Meanwhile, the expeditioners worked up their scientific results. These have gained in importance over the years. De Quervain’s profile of the icecap now serves as a baseline for researchers (several of them Swiss) who are trying to establish how fast Greenland is melting. 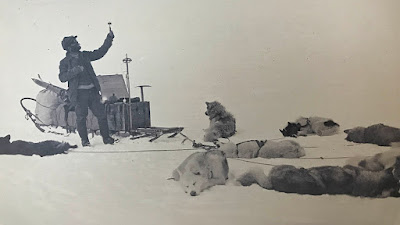 De Quervain never forgot the ice. Having developed a keen interest in glaciology, he took part in official studies of several glaciers in eastern Switzerland. His survey of the Claridenfirn started in 1914, making this glacier the longest continuously studied ice-stream in the world.

But how far into the future will it continue to be studied? A few summers ago, the Sensei and I took our niece to see the Claridenfirn. We wanted her to see the glacier in something like the state that de Quervain found it. In recent years, the lake at the glacier’s tongue has been growing fast. 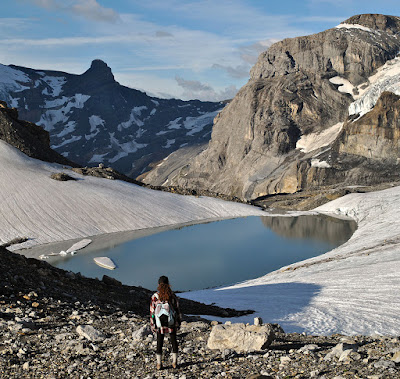 The previous year, at the other end of the planet, Herbert Ponting had failed to impress with similar efforts. Captain Scott’s diary for 25 April 1911 notes that “Ponting has taken some coloured pictures, but the result is not very satisfactory and the plates are much spotted.” See Liz Watkins, “Mapping the Antarctic: Photography, colour and the scientific expedition in public exhibition”, Chapter 24, in Progress in Colour Studies: Cognition, language and beyond, edited by Lindsay MacDonald, Carole Biggam and Galina Paramei, John Benjamins BV, 2018. 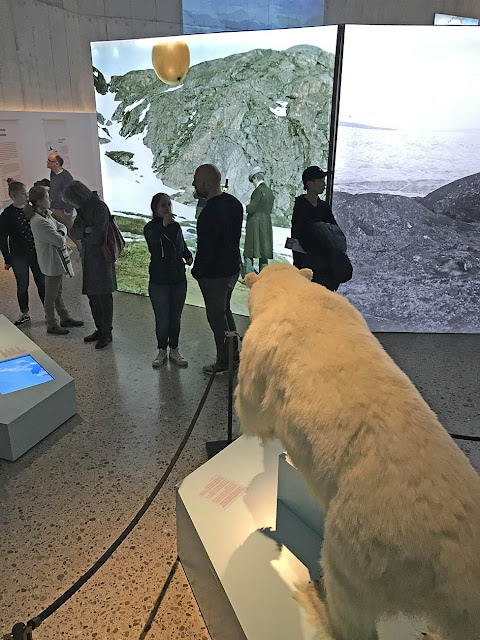 Posted by Project Hyakumeizan at 9:07 PM No comments: