28 October: the Sensei’s alarm cat wakes us at 5 am: an early start is called for, even if today's objective is a pond rather than a mountaintop. 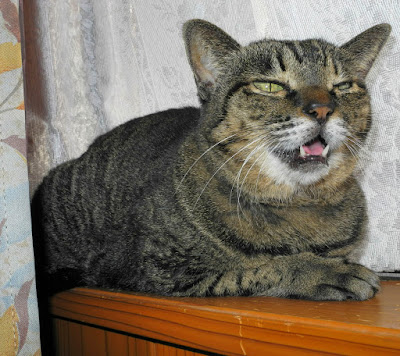 Breakfast is natto on toast, washed down with a pot of strong coffee. This cross-cultural experiment sustains us on our drive through Imajo, a sleepy village south of Fukui. A wooded valley then leads us into the eastern hills. So remote is the last village that some houses have been abandoned, their roofs caved in and bushes growing out of the windows. 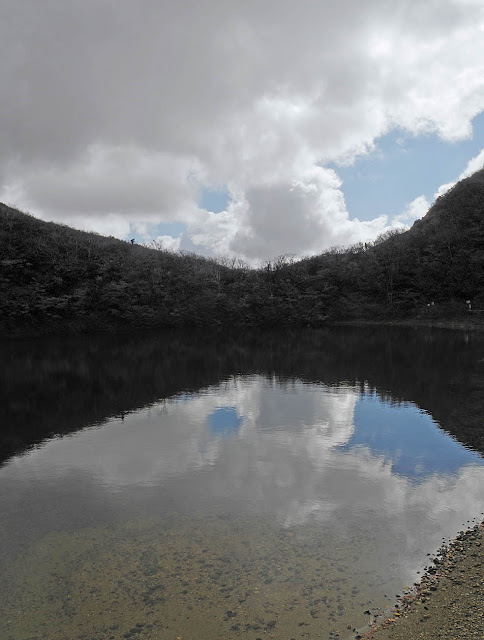 We’re not the first to arrive at the carpark. Of a Sunday, Yasha-ga-ike seems to be a popular destination. Mist blurs the nearby peaks as we start off up a path that threads through a river gorge. Soon we have more to worry about than a big drop to the river: two hornets are tussling in mid-path. A wide berth is given. 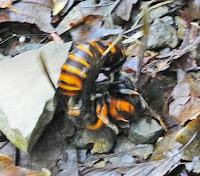 The path zig-zags up through beech woods, bringing us up on the banks of a pool sited at the treeline’s edge. This is a quiet place, even with a score or so of fellow hikers appreciating the autumn foliage.

The still waters sit like a corrie between two mountains. This is a “pond cradled in nocturnal gloom”, if you insist on taking the characters in Yasha-ga-ike’s name literally.

Quite possibly, it was these crepuscular overtones that attracted the attention of the writer Izumi Kyōka (1873-1939). Whether or not he actually came up here – Kyōka’s home town of Kanazawa is quite a step away – he worked the place and its memorable name into a play. A Dragon Princess inhabits the pond and will protect the nearby villagers from flood as long as their temple bell tolls three times a day… 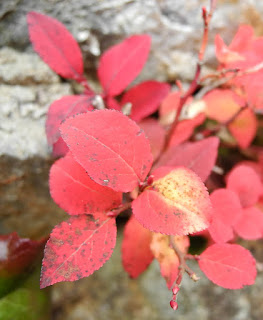 First performed in 1913, Izumi Kyōka’s play was later made into a film and, more recently, an opera. The latter’s director, as quoted in the Japan Times, believes that “Yashagaike” is a cautionary tale against a waning in the traditional sense of respect toward nature.

Did Kyōka draw on some pre-existing legend for his plot? There would have been no lack of material, whether from Yasha-ga-ike itself or some other mountain lake: judging from a quick scan of Nihon Hyakumeizan, there is no self-respecting pond in the entire realm without a guardian spirit, benign or otherwise. Take Mikuri-ike on Tateyama, round which a monk most unwisely attempted to swim three times. Or the “Little Marsh” on Akagi, where a serpent lurks that was once a fair maiden. 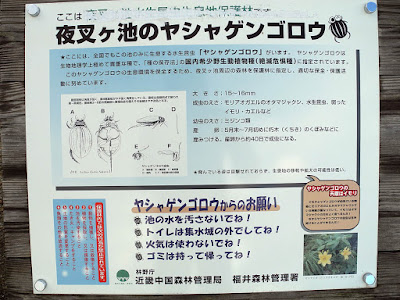 Turns out, though, that nymphs really do haunt Yasha-ga-ike. They’re those of a unique and endangered beetle, as advertised by a signboard that enjoins us not to sully the pond’s ecosystem in any way. 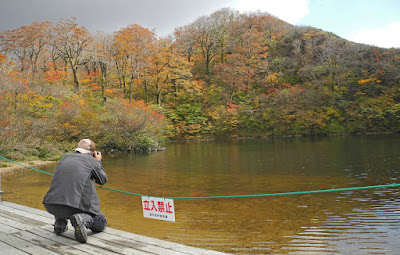 After duly appreciating the autumn foliage, we set out northwards towards Sanshū-ga-dake – twenty years ago, the Sensei led her students to this nearby summit along a well-made path. Since then, nature has reasserted herself – we struggle through the flailing bamboo-grass to a subsidiary peak, calling it a day before our clothes are ripped to shreds. 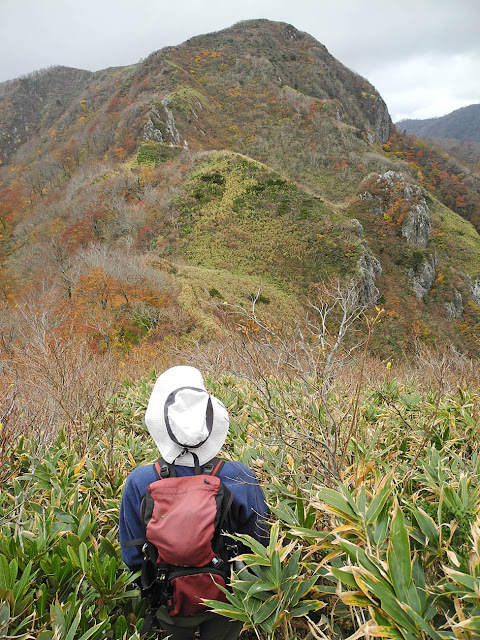 On the way back, the bushes suddenly rustle and heave behind us. A long moment of suspense ensues – flight is out of the question along this tangled ridge – before we see another hiker forcing his way out of the brushwood. As we start down the path towards the valley, still flushed with adrenalin, I reflect that a bear encounter – even an illusory one – goes a long way towards restoring that traditional sense of respect towards nature. 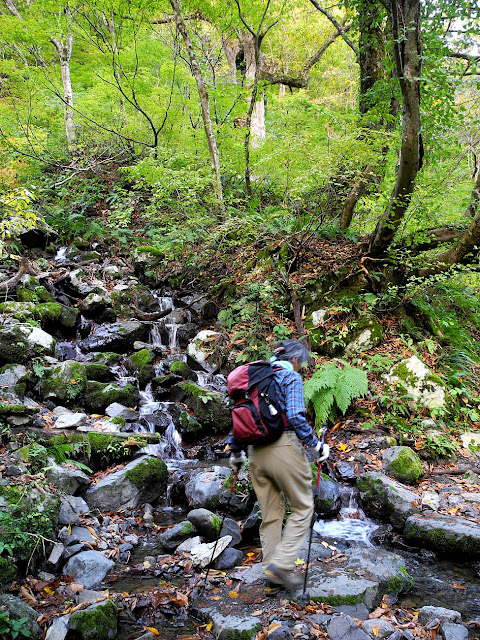 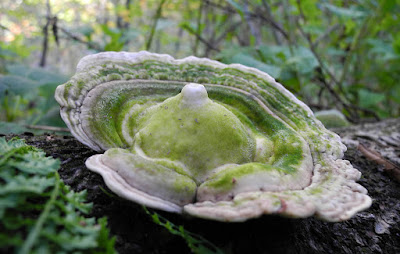 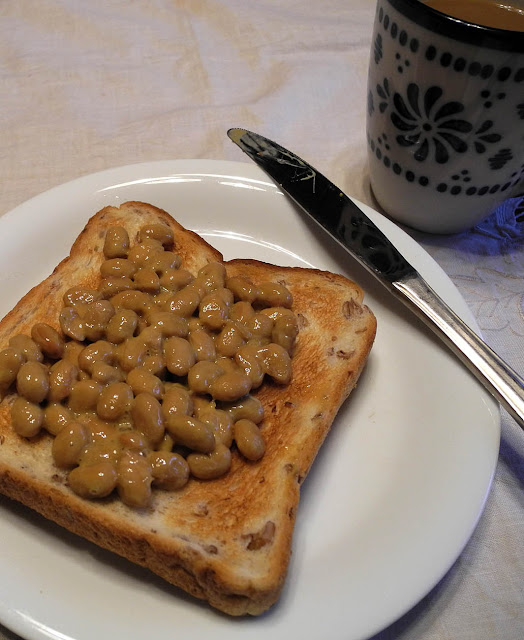 Posted by Project Hyakumeizan at 11:43 AM 2 comments: