Of the Urbachtal I remember little, and what little I do remember I would gladly forget. The valley is fenced in by bleak limestone crags and pinnacles. Limestone unvaried by granite, and unadorned by glacier, seldom produces attractive mountainscapes.


The glory of the great Oberland peaks is due to the intricate interplay of granite and limestone, and even the Eiger, which is pure limestone, and the Wetterhorn would not be the lovely mountains that they are, if they were robbed of their mantling curtains of snow and ice, as I discovered in 1947, the dryest summer for fifty years.


I am glad that the highest peak of the Wetterhörner is crested with aristocratic granite, for limestone - let us face it - is a bit of an upstart, and has never been quite accepted by the igneous rocks who queened it above the steaming seas of the primeval planet.


It was only in the Mesozoic age that the limestones began to climb the social ladder, and these Mesozoics are still regarded as invincibly middle class by the best rocks, such as the Jungfrau, that grande dame with her superb igneous coronet, who always seems to me to be raising a disdainful lorgnette as she looks down on her limestone neighbours: "My dear, do we know these Mesozoics?"

A chain through the generations

Family history from a high alpine valley: a review of Marcella Maier’s The green silk shawl, translated by Iris Hunter 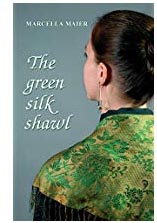 Switzerland’s Engadine valley is a set of Segantini-like vistas, all lakes and mountains. At least, that’s how visitors see it. But, before it became a touristic idyll, how did people sustain themselves here, on this windy altiplano with its thin soils and hard winters? For those who want an answer, Iris Hunter has now ably translated Marcella Maier’s The green silk shawl into English.

In her account, women are the main characters because they had to be. For the first two generations, Maier’s ancestors were widowed early. In the next one, Maria’s husband had to flee abroad after running up huge business debts.

When the story opens, we meet Alma wondering how she can support herself and her infant daughter through the next winter. Times are hard in the aftermath of the wars when Napoleon’s troops ravaged and looted their way through Switzerland. But her prospects improve when a kind shopkeeper recommends her to the lady of the “Palazzo” in Soglio. Moving to the mountain village, she gains a reputation as a reliable worker and a skilled nurse for the sick.

And so the story begins. When Maier’s own children are born, her mother feels “as if one ring was joining another to form a chain through the generations of these women, showing the way from the distant past to the future …”

But did her mother feel any such thing? We can’t know for certain. By Maier’s own account, her sources are mainly the stories she heard from her grandmother, Maria – who, in turn, heard them from her own mother and grandmother. These events are brought to life by the plausible interpolation of the actors’ thoughts and dialogues. Rebranded by the modern literary scene as “creative non-fiction”, such techniques probably go back to Thucydides or before.

Here, we feel, the creative element is held decently in bounds. Literary devices such as leitmotivs are unobtrusive. The silk shawl of the title is an heirloom that is passed down the generations, yet it surfaces on just a handful of occasions. Conversations must be recreated, of course, but sparingly so. And Iris Hunter has expertly rendered them into natural English while letting something of the original speech patterns ring through. This too bolsters the narrative’s authenticity.

To paint in the background, Maier also draws on documentary evidence of regional life. The results should surely get a nod from historians of the Annales school. Deftly woven into the narrative are folk memories of fleeing into the mountains from Napoleon’s marauding troops, early industrial action, by washerwomen pushing for a wage rise, and the valley’s first brush with electric power (“this work of the devil”). Some of these episodes are illuminated with early photos.


There is many an insight into how society eased the lot of single mothers before social security was invented. The kind shopkeeper lets Alma buy groceries on credit, tiding her over the winter, while Lisabetta is appointed as her village’s furnera, a kind of communal baker. In return, the Swiss virtues are expected from all job applicants: “Reliability, accuracy and good manners, that is what we need here,” says Nina’s employer.

Steadfast and unshowy, these virtues may hint at why The green silk shawl is privately published. The translation was apparently passed over by several imprints who might be expected to take an interest in this kind of book. Probably it was insufficiently histrionic for them.

Readers will be more perceptive. They will find that this story's limpid surfaces conceal unsuspected depths, much like a Segantini painting of the landscape it is set in. This is a moving tribute to the quiet dignity of four women who prevailed against the odds. 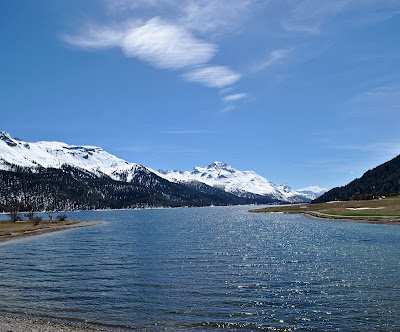 Posted by Project Hyakumeizan at 6:49 PM No comments: