The ubiquity of Kūkai

Book review: a guide to a mountaintop retreat that explains why a Great Teacher continues to live everywhere in memory

How did Shiomi-dake (3,047m), the "salt-viewing peak" in Japan's Southern Alps, get its name? According to Japan's most famous mountain book, hunters in a nearby village used to explain that the local people could never get enough salt. Hearing of this, the great monk Kōbō Daishi climbed the mountain, looked out from its summit at the sea and summoned its salt to the valley below.

Kōbō Daishi, also known as Kūkai, is everywhere in Fukada Kyūya's Nihon Hyakumeizan. His account of another monk's pioneering ascent is quoted in the Nantai chapter. And, in legend at least, Kūkai himself is said to have climbed Iide-san in the Tōhoku region (Chapter 19), buried a scroll of sutras on Issaikyō-yama (Chapter 20), and to have worn out a thousand pairs of straw sandals in vain attempts to scale Tsurugi-dake (Chapter 60).

A quick glance at Kūkai's Wikipedia entry shows that Kūkai wouldn't have had much time to climb mountains. The potted biography does suggest, however, why the famous monk plays a central part in Japanese cultural history. The son of a noble family fallen on hard times, Kōbō Daishi was born in Shikoku in the year 774. Around the age of 30, he joined an official embassy to China, where he deepened his knowledge of Buddhism. 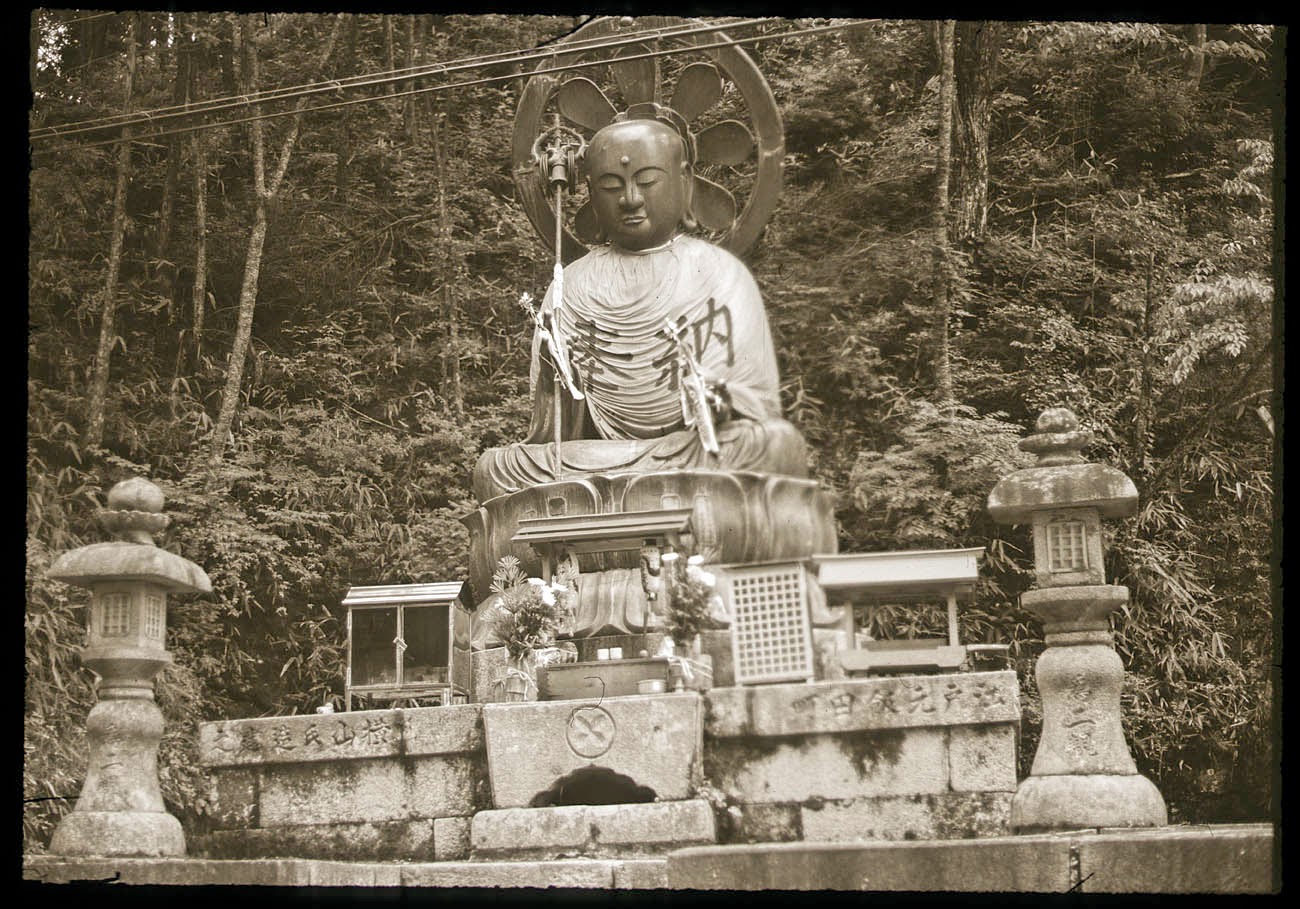 After returning to Japan, he was appointed to run the Tōdaiji temple in Nara, formulated the doctrines that underpin Shingon, one of Japan's four great Buddhist sects, and supervised the building of the Tōji in Kyoto. He also rebuilt what is still the country's largest reservoir, in Shikoku. Some say he invented the kana writing system too. That is quite a lot to pack into sixty-two years. 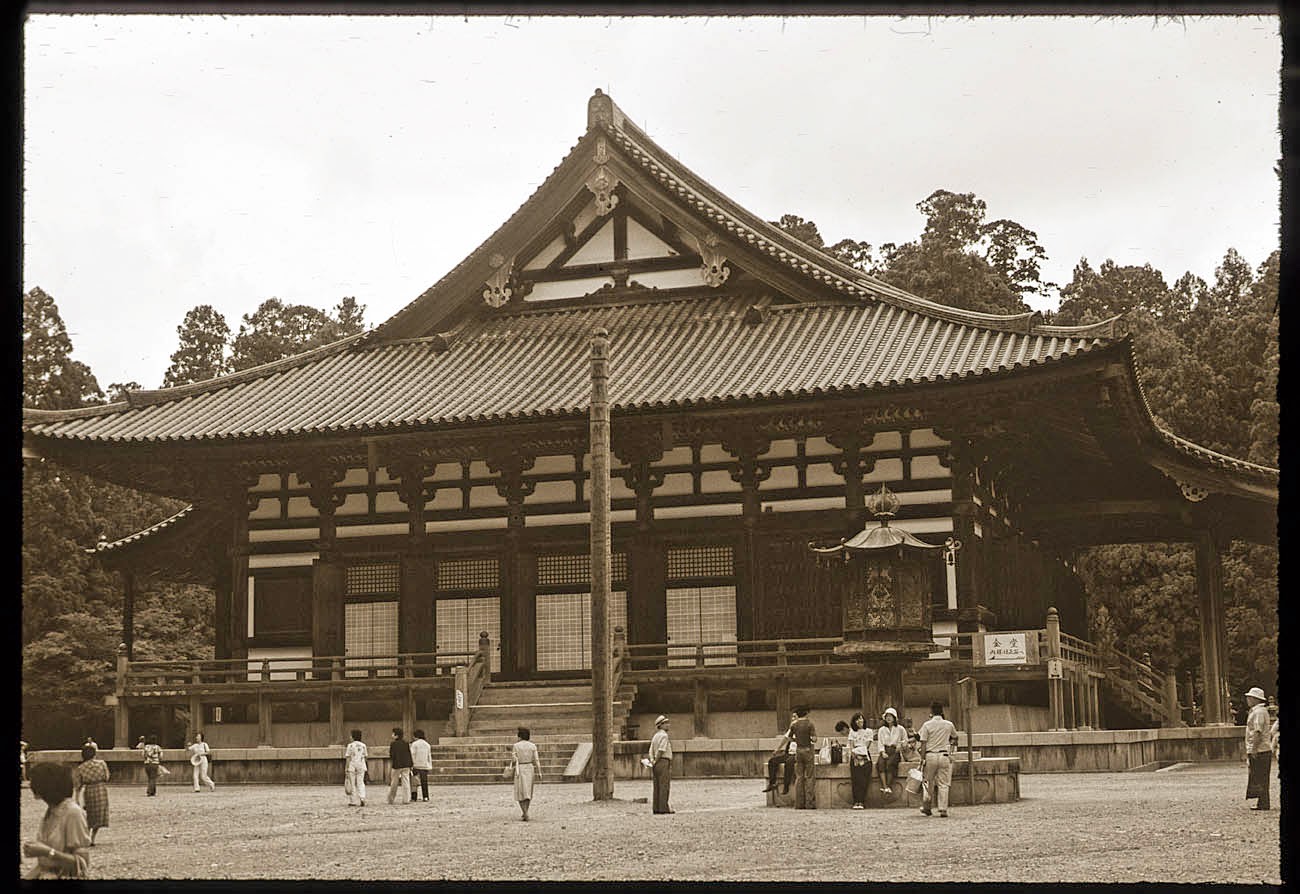 If you want to find out about somebody, though, you have to visit them at home. And the best way to do that, in Kūkai's case, is to board a battered white train of the Nankai line at Namba station in Osaka and head down to Kōya-san. Founded by Kōbō Daishi in 816, this is the mountaintop monastery where the Great Teacher entered his final meditation in the spring of 835. Some say he meditates there still.

Before boarding that train, or if you live inconveniently far away, you might pick up Sacred Kōya-san by Philip L Nicoloff, a professor of English at the University of New Hampshire. I reached for my own copy after my curiosity about Kōbō Daishi was piqued by his ubiquity in Nihon Hyakumeizan. And I was not disappointed.

For this is quite simply one of the most remarkable books about Japan that I've encountered in the last decade. Yet, strange to say, Google references to reviews in newpapers, magazines or journals are far and few between. The book doesn't seem to get many mentions on blogs either. So here goes.

Sacred Kōya-san: A Pilgrimage to the Mountain Temple of Saint Kōbō Daishi and the Great Sun Buddha - the subtitle gives a good idea of where the book will head - is best described as a contemplative guide. It starts by recalling a typical present-day visit to one of the temple lodgings atop Kōya-san, before introducing Kōbō Daishi's life and the history of the monastery.

The next chapters guide us across the mountaintop's temples and institutions, through the the famous cemetery, towards the inner temple. The cemetery's long and gloomy cedar avenues provide another hint as to why Kōya-san is so important to the life of the nation - everyone is there, from poets to pilots, from scholars to soldiers, from pre-Tokugawa chieftains to corporate leaders. In fact, there are roughly as many memorials to corporate managers and their employees as there are to feudal-era daimyōs. Such is the continuity of Kōya-san's twelve centuries. 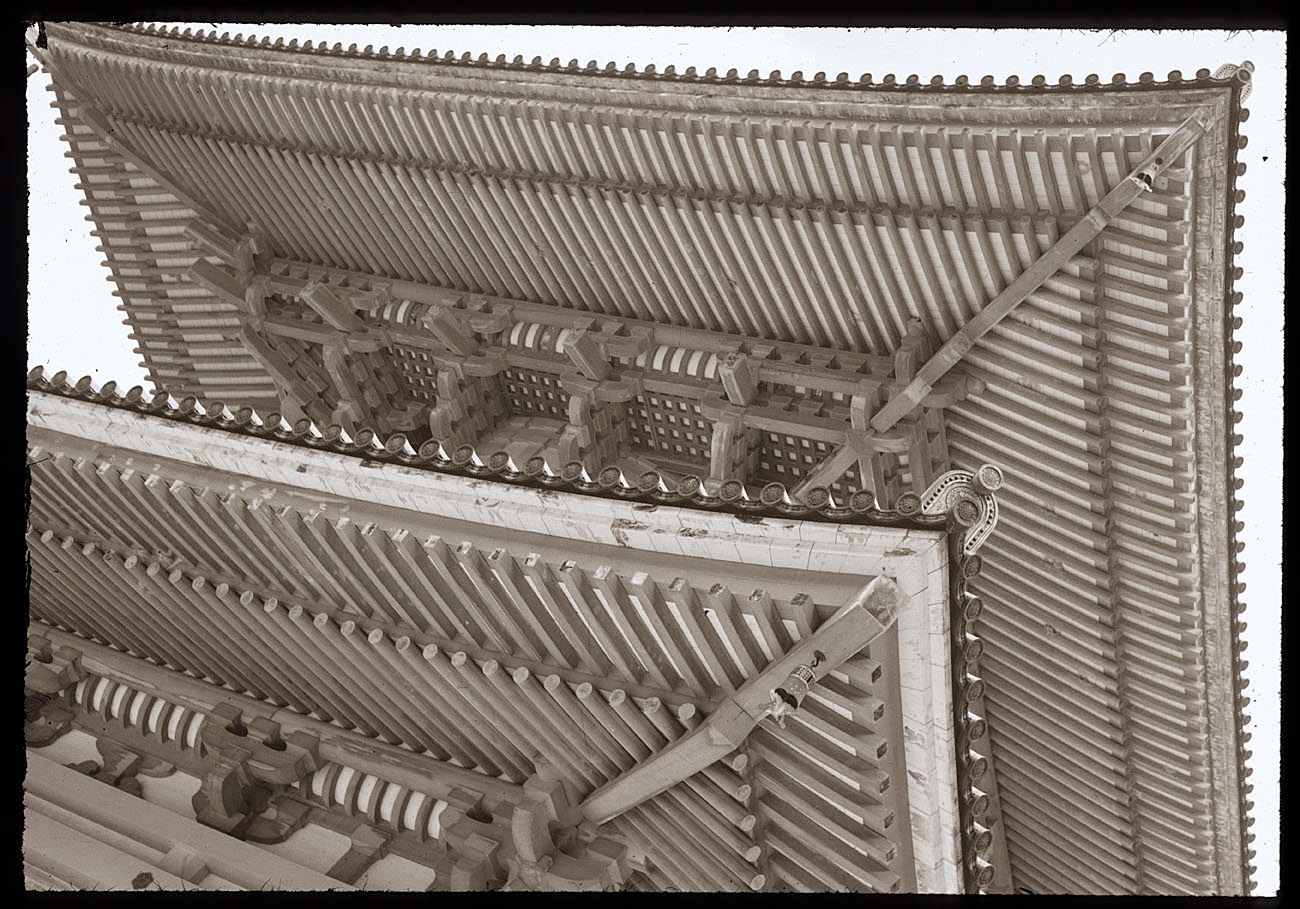 Professor Nicoloff must be a very self-effacing sensei. I'm unable to find any reference outside his book as to why and how he undertook his many visits to Mt Kōya. Yet it is his personal experiences that make this book live. There is a memorable account of a night's vigil at Kobō Daishi's mausoleum. Although Nicoloff himself is not granted a vision of the Great Teacher, he relates the story of a veteran returning from the Pacific War in 1946:

I survived the war as a soldier, so I came to Kōya-san to give thanks. At eleven o'clock at night, I suddenly wanted to go to the Oku-no-in, the Inner Temple. I went with caution because I was wearing geta. It was very dark. I became frightened when I heard a bird singing among the old cedar trees. The stone Buddhas on both sides looked mysterious, very different than in the daytime.

When I went past Naka-no-hashi and passed the memorial for Bashō I saw a very large man wearing a soldier's uniform walking in front of me. Since I was lonely, I asked him what time it was in a loud voice, but he didn't answer me, and walked quickly away. I wanted to catch up with him and say a prayer together, but he had disappeared in the darkness. I felt awkward but went to the Gobyō and gave thanks for my safe return.

As I recrossed the bridge of the Gobyō I felt that someone was behind me. I turned around and saw the big man in uniform standing facing me and doing the gasshō. Then I thought, Odaishi-sama has just returned from the battlefield himself. I started weeping. I realized how fully Odaishi-sama too had shared the suffering of the war.

It was at this point in reading Professor Nicoloff's book that I started to understand why the Daishi is everywhere - not just on Kōya-san, not just in cultural history texts, but in folk memory outwards to the furthest corners of Japan...