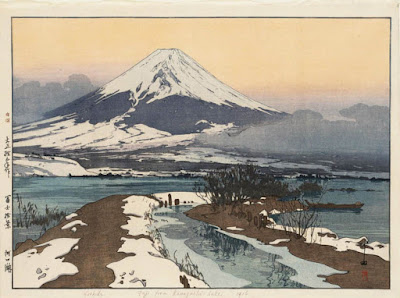 Sanshirō had completely forgotten about Mount Fuji. When he recalled the Mount Fuji he had first seen from the train window, having had his attention called to it by Professor Hirota, it had indeed looked noble. There was no way to compare it with the chaotic jumble of the world inside his head now, and he was ashamed of himself for having let that first impression slip away. Just then Hirota flung a rather strange question at him.

"Have you ever tried to translate Mount Fuji?"

"It's fascinating how, whenever you translate nature, it's always transformed into something human. Noble, great or heroic.”

Sanshirō now understood what he meant by translate.

"You always get a word related to human character. For those poor souls who can't translate into such words, nature hasn't the slightest influence on them when it comes to character.”

Thinking there was more to come, Sanshirō listened quietly. But Hirota cut himself off at that point.