Could ice still be lurking within the rock glaciers of the Yari-Hodaka ridge?

If you don't know what you're looking for, you'll certainly miss it. This applies as much in the Japan Alps as anywhere. When I traversed over Naka-dake, on my way towards Yari, I must have walked right by it. Perhaps even over it. Cloud could have been an extenuating factor but ignorance was the main barrier to seeing what was right under my feet. 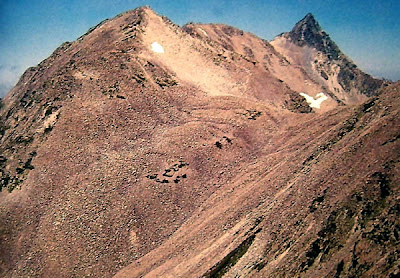 It was only later, in Switzerland, that I made my first acquaintance with a rock glacier. That was in the Val Sassa, right down in the country's southeastern corner. One autumn afternoon, I hiked past a long berm of black rocks that ended in a shovel-nosed snout (photo below). Skulking there in the bottom of a valley, it looked not unlike a vanquished dragon. 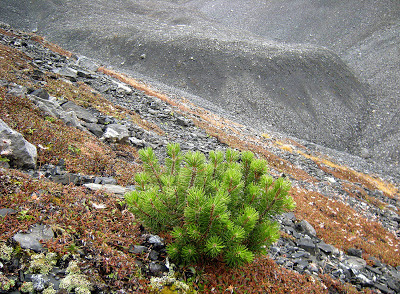 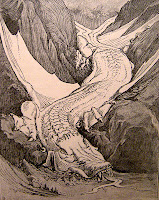 Be that as it may, it turns out that the Japan Alps too have rock glaciers - in fact, the academicians have found as many as eight on the main ridge between the two "famous mountains" of Yari and Hodaka (see chart in Aoyama paper below). Rock Glacier Eight (RG8) is a particularly magnificent example, as the header photo shows. Yet this was the one that I walked right past.

Could these rock glaciers still be alive? On the face of it, the chances seem slim. Hotter summers in the Japan Alps mean that permafrost couldn't exist below 2,800 metres, which is hardly lower than the highest ridgelines. And none has been found in this area.

But one researcher holds out hope for "probable permafrost occurrence within several rock glaciers". Perhaps that's enough ice to make them, if not true glaciers, then ghosts of glaciers past. 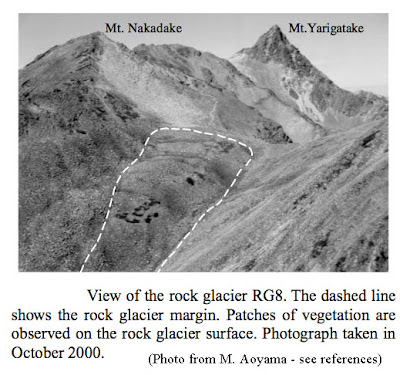 Aoyama, M, Permafrost environment in the Yari-Hotaka Mountains, southern part of the Northern Japanese Alps, in Proceedings of the 8th International Conference on Permafrost, 2003
Posted by Project Hyakumeizan at 7:58 PM