There was never anything definitive about the original Nihon Hyakumeizan. “And if there is a chance to reprint the book, I may well change a mountain or two,” said its author, Fukada Kyūya, back in 1964. But he probably never planned to rethink almost half his list of one hundred ‘famous’ summits. 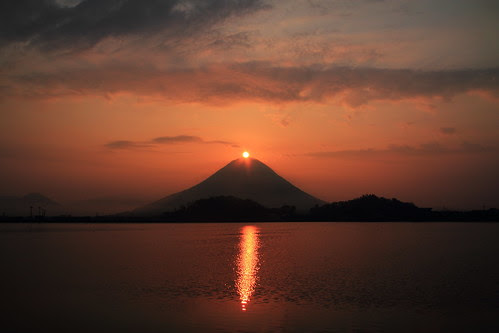 Diamond SANUKI FUJI (IINOYAMA), a photo by y's_cafe on Flickr.

Half a century later, that is exactly what Iwasaki Motoo has done. In his “New Hyakumeizan”, published about five years ago, the veteran mountaineering author has junked fully 48 of Fukada’s peaks. Out go many of the big mountains such as Goryū in the Northern Alps or Poroshiri in Hokkaidō. And in come a host of lesser peaks, many of them lower than the 1,500-metre minimum altitude stipulated by Fukada.

What’s going on here? A glance at Iwasaki’s CV on Wikipedia gives a hint. In his youth, he led a Himalayan expedition but, more recently, Iwasaki has specialised in leading treks and mountain training events for senior citizens. He’s also published a ‘how-to’ guide to mountain walking for older people.

This explains why so many of Iwasaki’s ‘new’ mountains are easy to climb or approach. Mountain No.1, for example, is Rebun, an island off Hokkaidō more famous for its flower fields than mountain views. And many of these easy peaks have hot spring resorts conveniently sited nearby, ready to marinade aching limbs. One or two are even furnished with cable cars or chair-lifts. 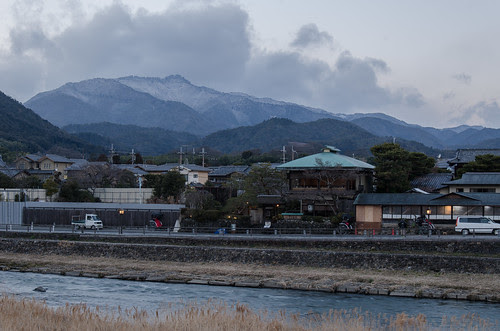 Atagoyama / 愛宕山（京都）, a photo by Kaoru Honda on Flickr.
This is not to say that Iwasaki’s mountains lack distinction. To take a few examples, Atago (924 metres, photo above) is the guardian of Kyoto’s northwestern quadrant. There is Hyōnosen, favoured by Katō Buntarō for his first essays in solo winter mountaineering. And there is Iinoyama on Shikoku (see header picture), famous enough to feature both in a poem by Saigyō and on a recent postage stamp.

So Iwasaki has flagged up some mountains that certainly deserve more notice. And he’s made an appreciable dent in the average height of the one hundred mountains. Whether these efforts will actually be appreciated, though, remains to be seen. But, you know something; as our knees begin to creak and our lungs start to wheeze, we may all one day be glad of this New Hyakumeizan … 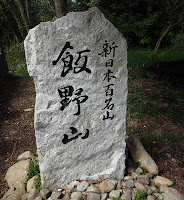 Many thanks to Y's Cafe and Kaoru Honda for posting their splendid photos of Sanuki-Fuji and Atagoyama to flickr, whence they are linked above. And thanks to Wes for the photo of the Iinoyama "Shin-Hyakumeizan" summit marker.
Posted by Project Hyakumeizan at 5:44 PM

An interesting choice of peaks, but it seems to me that Iwasaki san is just trying to "cash in" on the popularity of the Hyakumeizan. He could have easily called them the Iwasaki-meizan if he wanted. The interesting thing on Mt. Iino is that there's a concrete summit post that actually says "Shinhyakumeizan". That was how I initially found out about this alternative list.

Where will it stop? Perhaps the publishing company will try to patent the Hyakumeizan name and create a list for every single prefecture?

If I were to create a list of my 100 Favourite Mountains in Japan, I think it would differ a lot from both Iwasaki and Fukada's list......but maybe that's the point. Mountains have always been subjective in terms of their reverence. I wouldn't be caught dead on Rokko-san, while others climb it every weekend

Wes: interesting that the "Shinhyakumeizan" are acknowledged with a summit marker atop Iinoyama. Incidentally, the new list is also mentioned in an online geology guide to the mountain that you can find here:-

The authors, at a local university, seem to have been inspired to write up this guide partly because of the Shinhyakumeizan listing. So all this Hundred Mountains retooling is having some beneficial side-effects, by calling less famous "famous mountains" into the limelight and inducing folk to write them up. Now maybe somebody should write up Mt Rokko...