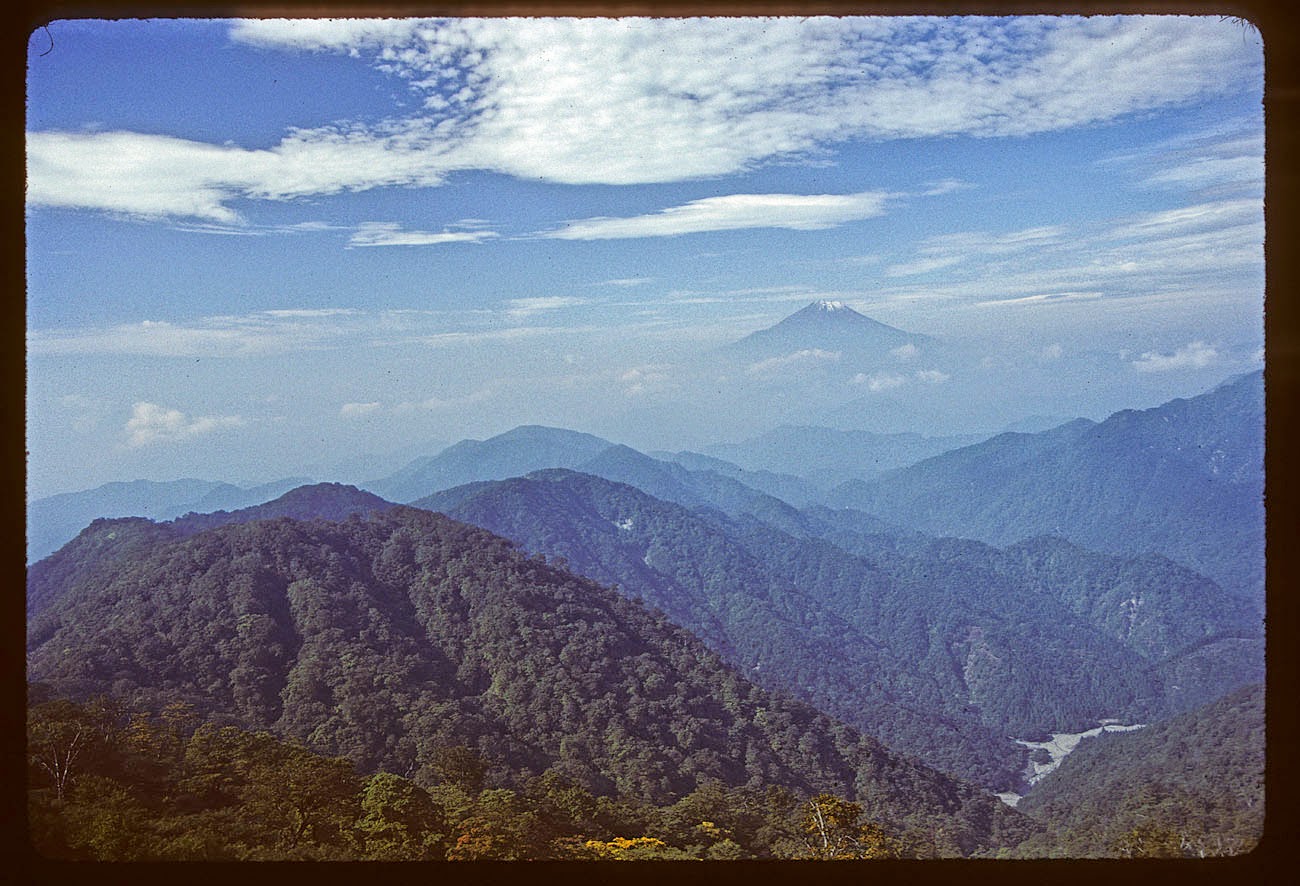 Ink: On Tanzawa, from Nihon Hyakumeizan (One Hundred Mountains of Japan) by Fukada Kyūya (1964):

Today's mountaineers, though, tend to shun places that are deeply associated with some historical personage. Instead, they favor untouched mountains, still in the state of nature. So leaving Ōyama somewhat in a class of its own, they prefer to take the ridge paths of Tō-no-dake, Tanzawa-yama, and Hiru-ga-dake or to follow the valleys that cut into these mountains.

That said, people have been climbing Tō-no-dake from nearby villages for centuries. Until it collapsed in the Great Kantō Earthquake, they used to venerate a huge rock near the summit. Some sixty or more feet in height, this was known as the Black Buddha.

The town of Sagami was traditionally much given over to games of chance and it seems that every year on the fifteenth of May a procession of gamblers would wend their way up Tō-no-dake and hold a lively ceremony there.
Posted by Project Hyakumeizan at 7:55 PM