Second-hand bookshops can be serendipitous. I recently emerged from one near Basel Station clutching, for a paltry five Swiss francs, a collection of faded colour photos of the Himalaya. The photographer's name - Kazami Takehide - had caught my eye. Needless to say, there was a connection with the author of Japan's most famous mountain book.

It happened like this. In the mid-1950s, Fukada Kyūya was a jobbing writer for mountaineering magazines. Perhaps inspired by the French ascent of Annapurna in 1950, he was increasingly interested in Himalayan topics. This led to a series of articles in the mountaineering journal Gakujin from June 1953, just after the first Japanese attempt on Manaslu, the world's eighth highest mountain.

Unfortunately, the income from these articles was substantially consumed by Fukada's almost compulsive purchases of books about the Himalaya, many imported expensively from abroad. To rid the house of tottering piles of alpine literature, his wife later took advantage of her husband's absence on a mountaineering trip to build a book-shed in the garden. 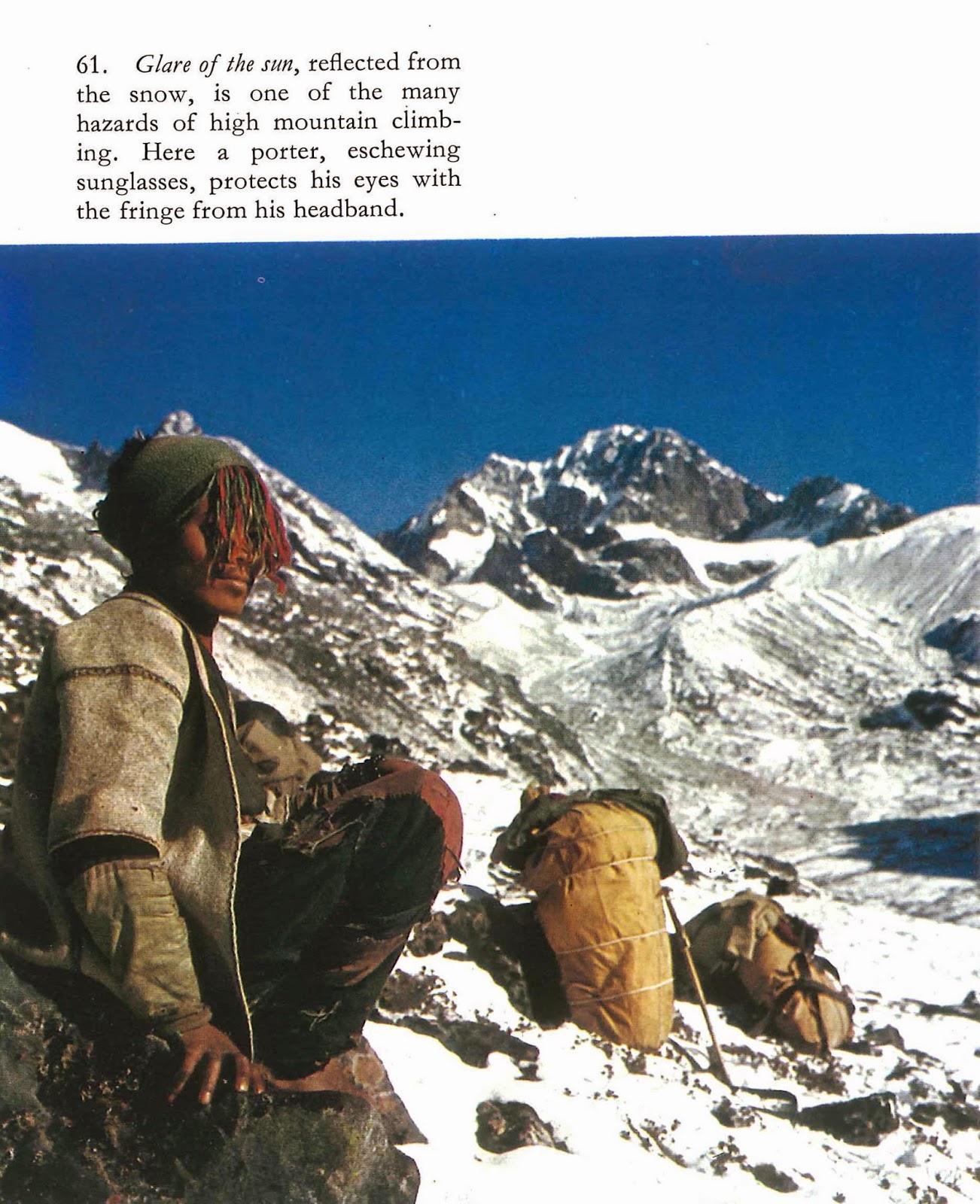 In 1956, the Japanese collected their own 8,000-metre trophy. The veteran climber Maki "Yukō" Aritsune led the Japanese Alpine Club's third expedition to Manaslu, enabling Imanishi Toshio and Sherpa Gyalzen Norbu to reach the summit on May 9. Their success helped to stoke a mountaineering and skiing boom in Japan.

It also fired Fukada's own Himalayan ambitions. A Japanese Alpine Club member himself, he was now well enough known in mountaineering circles to find generous corporate support for a private expedition, although it was organized several years before ordinary Japanese citizens could easily travel abroad.

With three companions, Fukada took ship for Calcutta in the spring of 1958, arriving in Kathmandu some forty-five days after leaving Kobe. With Fukada at the head of fifty porters, an experience that made him feel like Napoleon, the expedition then marched to its base camp in the Jugal Himal. 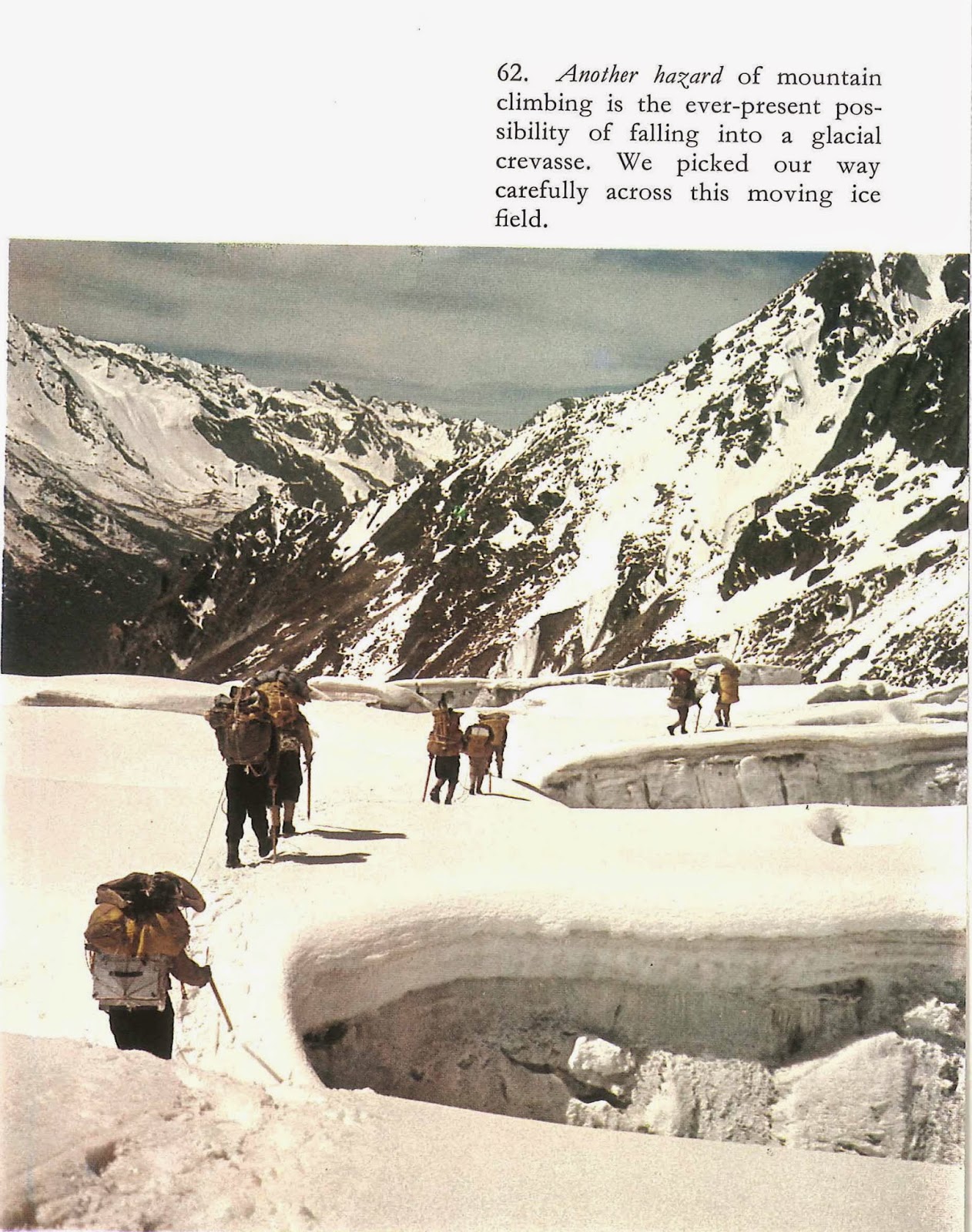 Their intended mountain, today known as Loengpo Gang (7,083m), had been named Big White Peak three years earlier by a party of Scottish lady alpinists who climbed one of its neighbours. It was a wildly ambitious objective. Three high camps would be necessary to reach the summit, the Japanese party judged.

The comforts of Camp Three were scant. By the time it was established at 5,000 meters, the party's lack of high-altitude climbing experience was starting to tell. Age too may have had something to do with it; as Fukada had put it to a journalist just before leaving Japan, he was "only" 54 years old. Just to clamber in and out of the high-altitude tent's round hatch during a blizzard was a torment that had to be repeated several times a night.

The expedition photographer did manage to reach the east ridge by taking turns to break trail with a Sherpa companion. There the brown plains of Tibet were glimpsed through the clouds. Honour satisfied, Fukada decided to abandon the peak, impressing one colleague with his Buddhist spirit of self-abnegation. The party then moved on to the Langtang Himalaya and, after two months under canvas, back to Kathmandu.

The high-climbing expedition photographer was none other than Kazami Takehide. In the blurb to the English-language edition of his photobook The Himalayas, he is introduced as follows:-

"The author . was born in 1914. In 1943 he joined the Japanese Navy, where he did a three-year tour of duty, after which he managed a Ginza camera shop and and then the Sanei photo library, both in Tokyo. He has made several journeys in India and Southeast Asia. His most absorbing interest has always been high-mountain photography, and he is author of several books on the subject." 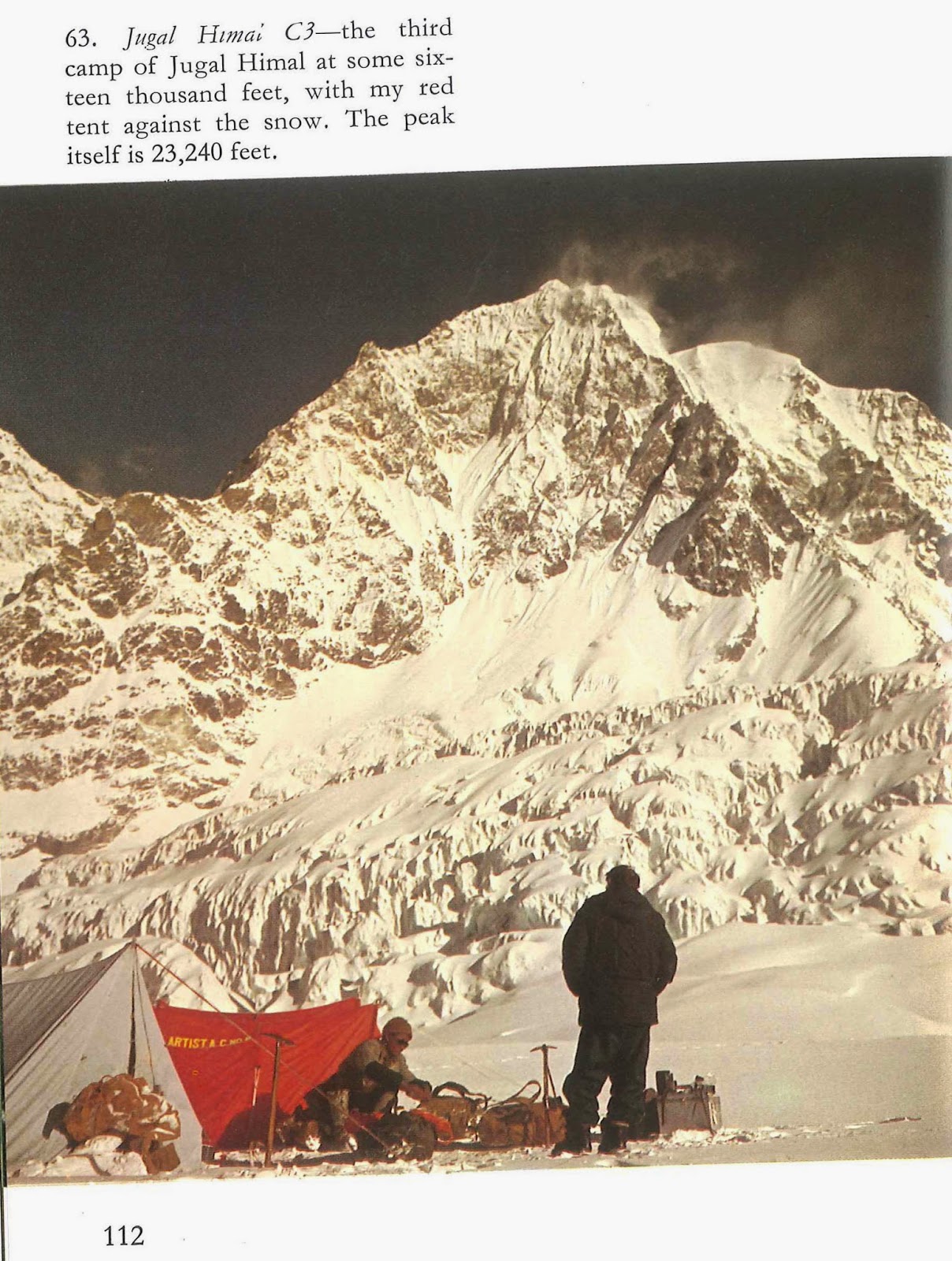 In his preface to The Himalayas, Kazami is curiously reticent about his participation in Fukada's expedition. All he vouchsafes about that experience is this: "In 1958 I spent a couple of months in Nepal, where I fell in love - with Nepal." To be sure, most of the photos in the book were taken on a later trip, in 1964, which he undertook specifically to take photos of the land and people.

Yet a few images from the Fukada expedition do creep into The Himalayas. On page 112, for example, there is an image of a Camp 3 in the Jugal Himal (see picture left). The mountain is not identified but the height given - 23,240 feet - makes it clear that the peak in the background is Big White Peak or Loengpo Gang. One glance at those Big Bad Ridges shows why Team Fukada would never get anywhere near the top.

Looking again at the photo, my attention was drawn to the figure standing in the foreground. As there were only four Japanese mountaineers on this trip (or was it three?), this is likely to be Fukada himself. The comb-over hairstyle is also a giveaway. But there is no way of knowing for certain.

As an expedition, the attempt on Big White Peak was somewhat of a fiasco. That's not to say that the effort was wasted. Sometimes it takes an overseas trip to make you appreciate your native land. The Himalayan trip may have done that for Fukada. On returning to Tokyo, he revived a project that he had been mulling for years - to portray one hundred of Japan's most eminent mountains. And the rest, as they say, is history.

Posted by Project Hyakumeizan at 9:24 PM