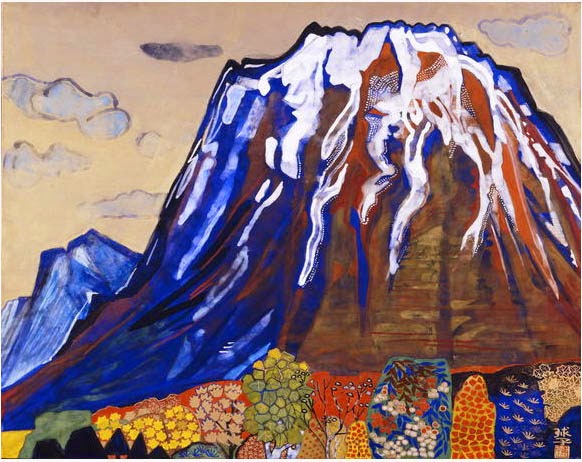 Ink: On Shiribeshi-yama, from Nihon Hyakumeizan (One Hundred Mountains of Japan) by Fukada Kyūya (1964):

On the way by train from Hakodate to Sapporo, two mountains catch one's eye. The first is Koma-ga-dake and the second Shiribeshi-yama. In contrast to the breathtakingly stylish peak of Koma, Shiribeshi-yama is almost oppressively thick-set. As if to justify its traditional appellation of Ezo-Fuji, the mountain's regular form means that it looks much the same from any viewpoint. I strongly oppose simplifying the name of this mountain to plain Yōteizan. A name with deep historical roots, Shiribeshi-yama is recorded in the Nippon Shoki with an entry as early as the fifth year of Saimeichō (659) ...
Posted by Project Hyakumeizan at 8:42 PM