How Japan's most famous mountain erupted into an Impressionist painting

As it was the Sensei’s birthday, we dropped in at Japanese Inspirations, a new exhibition at the Zurich Kunsthaus. If you happen to be an aspirant meizanologist, you meet Meizan everywhere. So it was no surprise to find Mt Fuji featuring in several landscapes by Hokusai and Hiroshige. The idea behind the exhibition is to highlight how these artists of the floating world influenced the Impressionists, by placing their prints side by side with paintings by Monet, Gauguin, van Gogh and others. 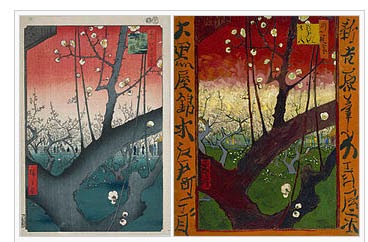 Some of the prints had once been in the personal collection of Vincent van Gogh. An enthusiastic fan of Hokusai and Hiroshige, the artist owned about 400 Japanese prints in all, papering the wall of his studio with them. As if in homage to the master, he even made oil painting renditions of two scenes by Hiroshige (above). The attraction of Japanese woodprints is explained in a letter to his brother:

I envy the Japanese artists for the incredible neat clarity which all their works have. It is never boring and you never get the impression that they work in a hurry. It is as simple as breathing; they draw a figure with a couple of strokes with such unfailing easiness as if it were as easy as buttoning one's waist coat.

Seeing these prints made me wonder what part Japan's top mountain played in van Gogh’s artistic development. He knew Hokusai’s famous views of Mt Fuji, urging his long-suffering brother in a letter of August 1888 to “take (ie buy) the Hokusais as well then, 300 views of the sacred mountain and scenes of manners and customs”. And he greatly admired The Great Wave, one of Hokusai’s Thirty-Six Views of Mt Fuji, commenting on it in another letter to his brother the same year:-

When Paul Mantz saw Delacroix’s violent and exalted sketch, Christ’s boat, at the exhibition that we saw in the Champs-Elysées, he turned away from it and cried out in his article, ‘I did not know that one could be so terrifying with blue and green’. Hokusai makes you cry out the same thing — but in his case with his lines, his drawing, since in your letter you say to yourself: these waves are claws, the boat is caught in them, you can feel it. 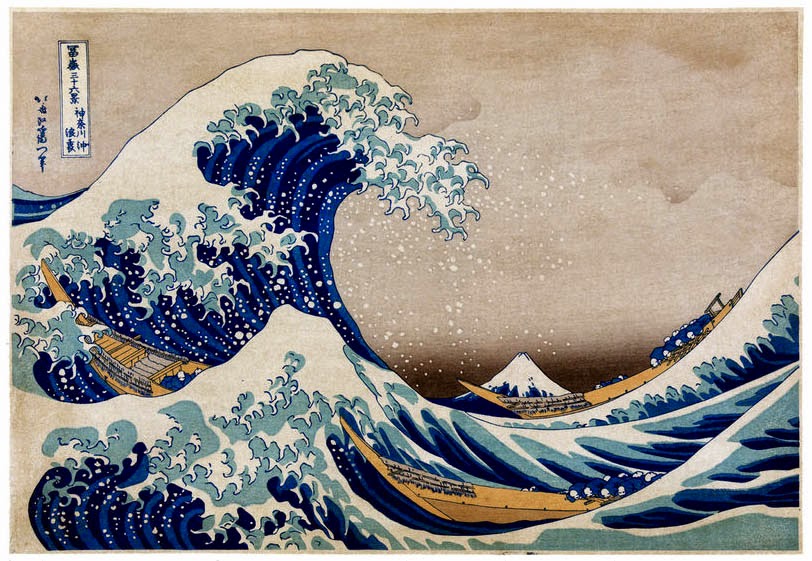 As any art historian will tell you, those waves with claws have crashed with resistless force into van Gogh’s Starry Night, painted less than a year after he wrote the letter quoted above. Mt Fuji itself, alas, seems to have been washed away in the process, unless you discern it, subtly transmogrified into that church steeple or those mountains in the picture’s background. 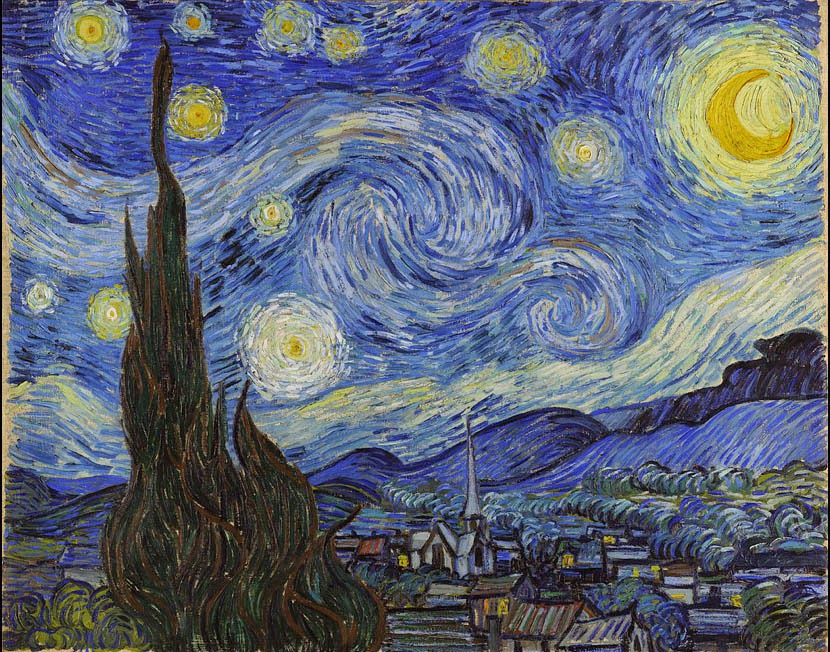 Unfortunately, the Starry Night wasn’t in this exhibition: quite understandably, the New York Museum of Modern Art wouldn't be keen to let the painting out of its sight.

So, navigating through shoals of banquiers and their lamé-clad dames – this is Zurich, remember – we had a quick look round to see if Japan’s most famous mountain had left its mark on any other works by the Dutch master. 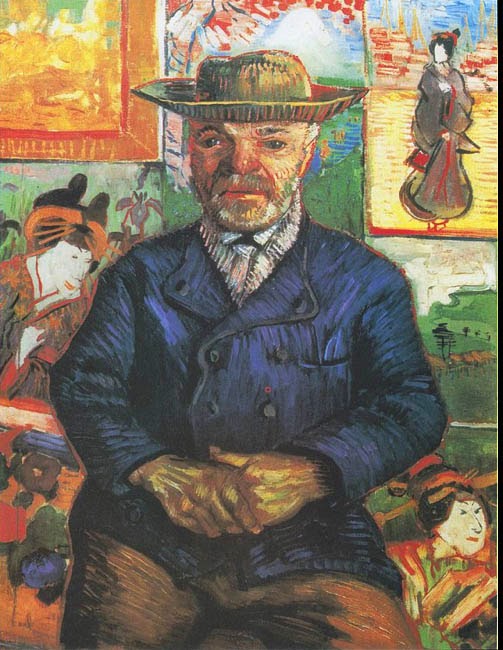 Standing in front of the Portrait of Père Tanguy (left), I thought that perhaps we’d struck lucky. The background to this painting shows a selection of Japanese prints, pinned to the wall of van Gogh’s studio, and there, right behind the subject’s hat, was a tell-tale shape  – conical in form, yet maddeningly indistinct.

One couldn’t be certain; the white blur might be the snowy profile of Japan’s most famous mountain. Or, then again, it might just be a cone of sherbert. 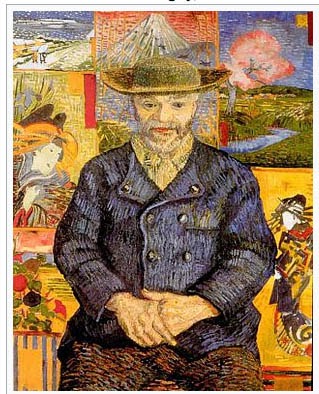 It turns out, though, that van Gogh painted three versions of this portrait - Père Tanguy was a figure of some importance to impecunious artists, kindly providing them with paint in return for a drawing or two. The picture shown in Zurich was the second version. But the final one (right), which today hangs in the Musée Rodin, Paris, shows Mt Fuji with dramatic clarity.

It’s as if, after years of absorbing the lessons of his Japanese mentors, van Gogh had finally gained total confidence in the power of line and colour. And, with it, the painterly panache to give the top Meizan its full due.

Posted by Project Hyakumeizan at 8:23 PM