Or maybe not, depending on who you are and what you’re trying to do

I’ve become a fan of the Week in Review feature over there on Bre’er Hendrik’s Hiking in Finland site. It was on this roundup of recent outdoor-related blog articles that I came across a thought-provoking post by New Nomads. The title says it all: The Story and the Lens: Why I Put My Camera and my Pencil Down.


In brief, the writer put her camera down after realizing that:-

“It separated me from where I was, almost as if I had surrounded myself with a wall of opaque bubble wrap and then carved a 35 millimeter hole to look out from. What I really wanted was to figure out how to BE with beauty, you know, just hang with it, so I started leaving my camera at home and haven’t picked it up since.”

A few years later, she took a break from writing on a similar logic – the writing was getting in the way of experience.

This reminded me of an essay on “Learning to see” by Barry Lopez. The writer started to take photography seriously in the mid-1960s. Although National Geographic didn’t warm to his style, he did manage to publish some wilderness images in a prestigious Time-Life book series. Oddly enough, it was this very success that started to raise doubts in his mind:

“I was pleased to see my work included in these volumes, but I realized that just as the distance between what I saw and what I was able to record was huge, so was that between what I recorded and what people saw. Seeing the printed images on the page was like finding one’s haiku printed as nineteen-syllable poems.”

Lopez’s disenchantment was accentuated by the loss of colour and sharpness when he tried printing images from his original colour slides. In another blow, a box of three hundred of his best original images slid off the back of his motorbike, never to be seen again. 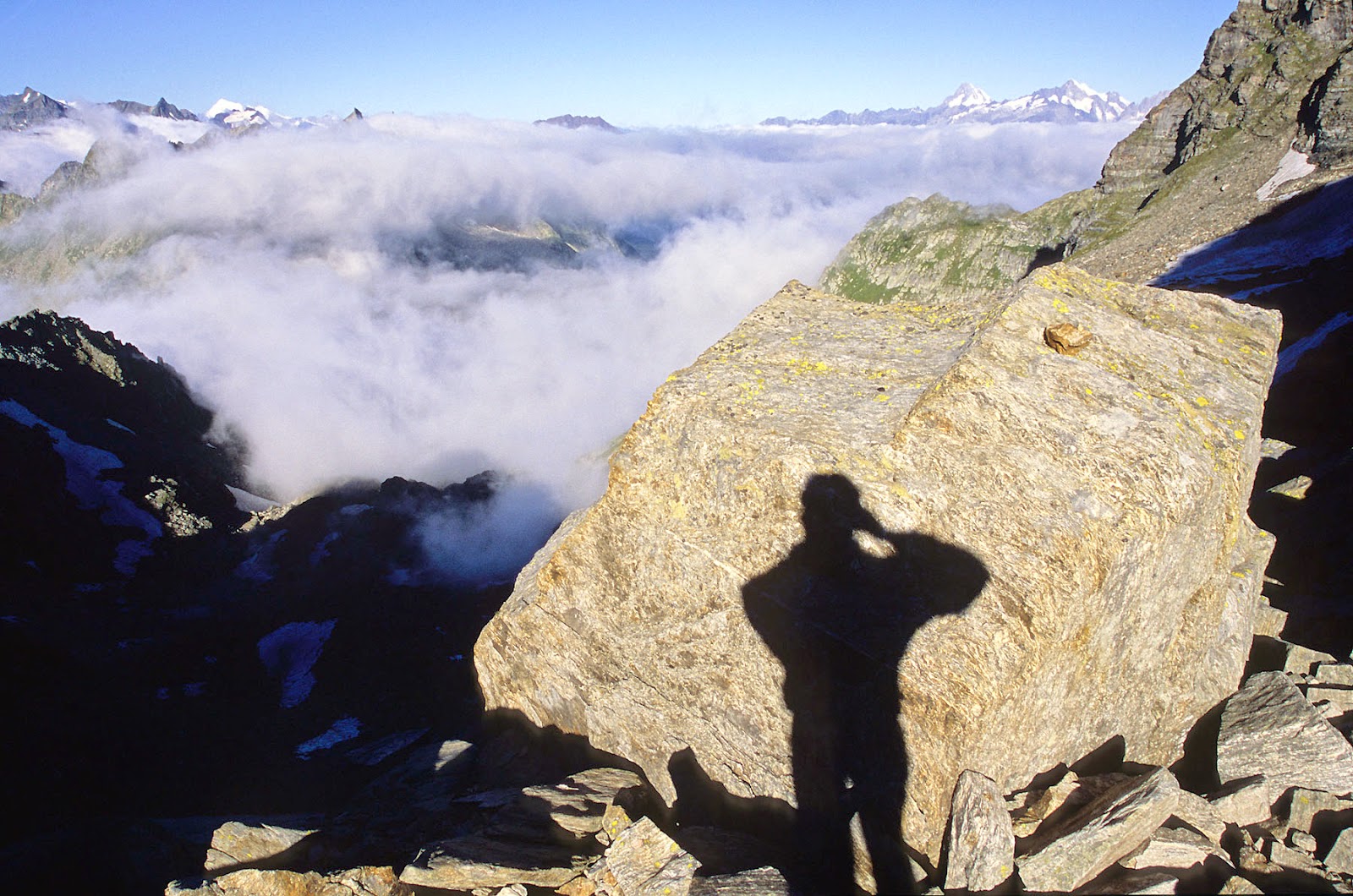 But what finally put the kibosh on his photographic ambitions was an encounter with a polar bear. After busily snapping away at the bear as it swam off into a snow-squall in the northern Chukchi Sea, Lopez discovered that he could no longer accurately bring to mind what had happened:

“Remembering what had happened in an encounter was crucial to my work as a writer, and attending to my cameras during our time with the bear had altered and shrunk my memory of it. While the bear was doing something, I was checking f-stops and attempting to frame and focus from a moving boat.”

Taking the incident as a warning, Lopez sensed that he “wouldn’t pick up a camera ever again”. Some years later, he distilled his northern travels into Arctic Dreams, a perennial best-seller. The book went out unillustrated, except for a handful of line drawings.

Few mountaineers doubt the value of recording their experiences, especially on camera. Snapping away is easier than writing, after all. But one who did have a qualm was no less than the thinking man’s Himalayan alpinist, Doug Scott.

As a member of Chris Bonington’s Everest South-West Face expedition in 1975, Scott summited at sunset together with Dougal Haston. The resulting photos are probably among the most spectacular ever taken from the mountain; one of them adorns the cover of Bonington’s book about the expedition (right).

Afterwards, though, Scott started to wonder how these images were affecting his memory of the experience:-

“Speaking now for myself, there comes the saddening realization that the view from the top of Everest which I now have in mind’s eye is very possibly no longer the magnificent pure naked wholly coloured vision of the moment, but consequently wholly coloured by the slides I then took and have seen so many times since.”

Project Hyakumeizan has had a similar experience. Skiing on Switzerland’s Oberaar glacier at dawn, we raced along a golden glare-path laid down by the rising sun. As we realized that we’d never see anything like this again. I tried to make a mental note of the colours – even the shadows glowed, like wild thyme, in a luminous shade of violet-blue – and we took a few photos, not expecting for a moment that they would remotely capture what we saw. And they didn’t – not even remotely.

Yet disappointment on Everest didn’t deter Doug Scott from persevering with mountain photography. In fact, his photographic autobiography, Himalayan climber, is notably well illustrated. And, on a more modest level, I haven’t noticed my film and card memory consumption dropping any after that ski-tour down the Oberaar Glacier.

Perhaps the problem with photography is when your interpretation of the scene starts to falsify what you actually experienced. If you just want to document what you saw – photographing what is there – you can probably live with the compromises entailed in taking a photograph. If, however, you aim to create Art – to show what never was there in the first place – then those compromises might start to obtrude.

As Picasso said, “We all know that Art is not truth. Art is a lie that makes us realize the truth, at least the truth that is given to us to understand.”
Posted by Project Hyakumeizan at 7:10 PM

We never retain precise a precise record of the things we have seen and experienced. Each memory is a new creation shaped to our current circumstances. At least a photograph or diary account gives us something reasonable to build that memory around.

I think you're onto something there, John. Many folk have expatiated (and even blogged) about the dodginess of photography as a means of preserving memory. But it's open to question whether memory isn't an even dodgier way of preserving memories ....

I wasn't being original. Recently, I have been reading Pieces of Light by Charles Fernyhough. He mentions people who struggle terribly because they literally remember everything. The rest of us just remember the gist, from which we draw lessons that we can use in future. People who remember everything can't do that.

Many thanks for the book reference, John - I had a look at the preview on Amazon and saw that it mentions Funes the Memorius, the story by Jorge Luis Borges about a man who remembers everything. One problem is that recalling the events of a day takes a whole day, of course. It may be a mercy that both memory and photography are subject to limits...