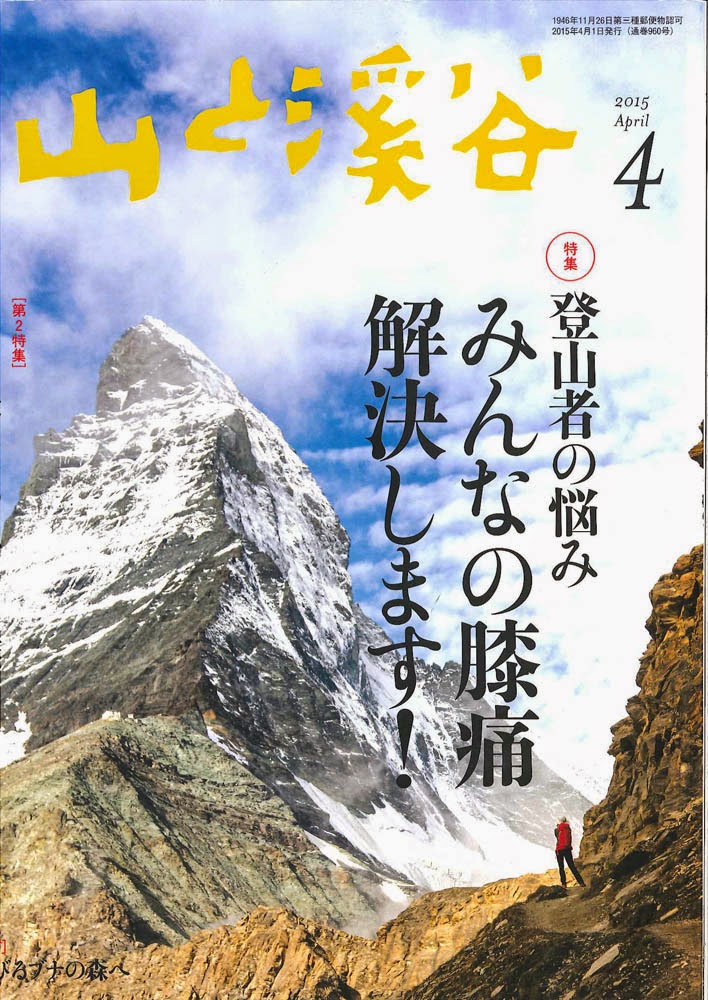 When a copy of Yama to Keikoku magazine thumped into my mailbox – I say thumped because Japan’s most venerable mountaineering magazine is also its bulkiest – it was like meeting an old friend after a long absence.

And, let me admit it, it was gratifying to see Project Hyakumeizan’s local crag on the April edition’s cover, and even more so to find an article about One Hundred Mountains of Japan heading up the news section.

After basking in the glow of this publicity, I leafed through the entire magazine. The news section is followed by a photo feature on Echigo-koma-ga-take, which happens to be the twenty-fifth of Fukada Kyūya’s celebrated Hyakumeizan – although he prefers to call it Uonuma-koma-ga-take. “When they gleam white under the heavy snows of Echigo, I can scarcely believe these peaks barely exceed two thousand meters,” he writes. YamaKei’s glorious photography shows why. 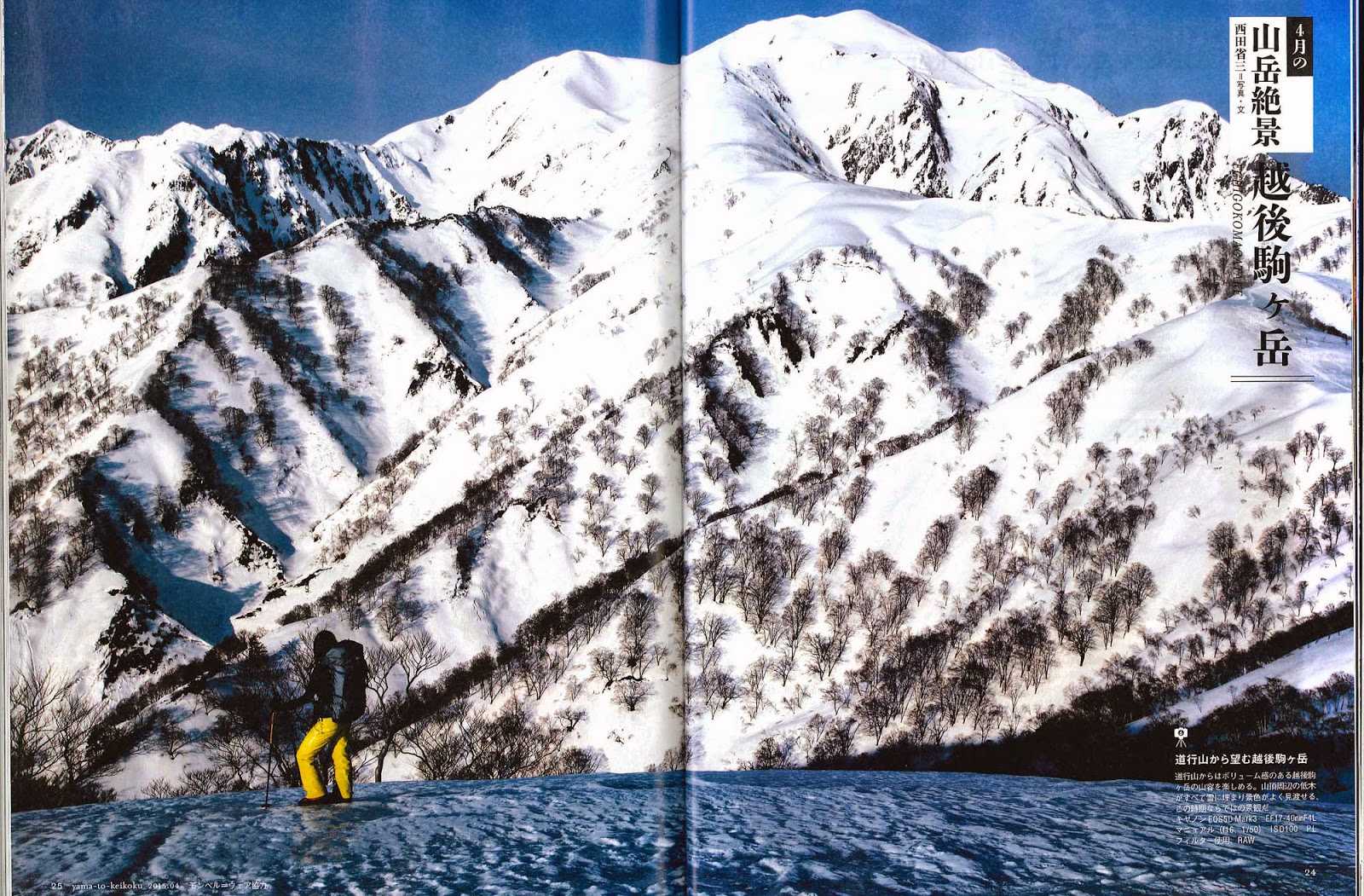 Next comes a lengthy feature – more than 40 pages – on knee problems and what to do about them. Every possible angle is covered, from symptoms to special exercises, and better walking techniques to medical interventions. It’s good to see that YamaKei caters to mountaineers of all ages. (Ouch – excuse me – it’s that twinge again.) 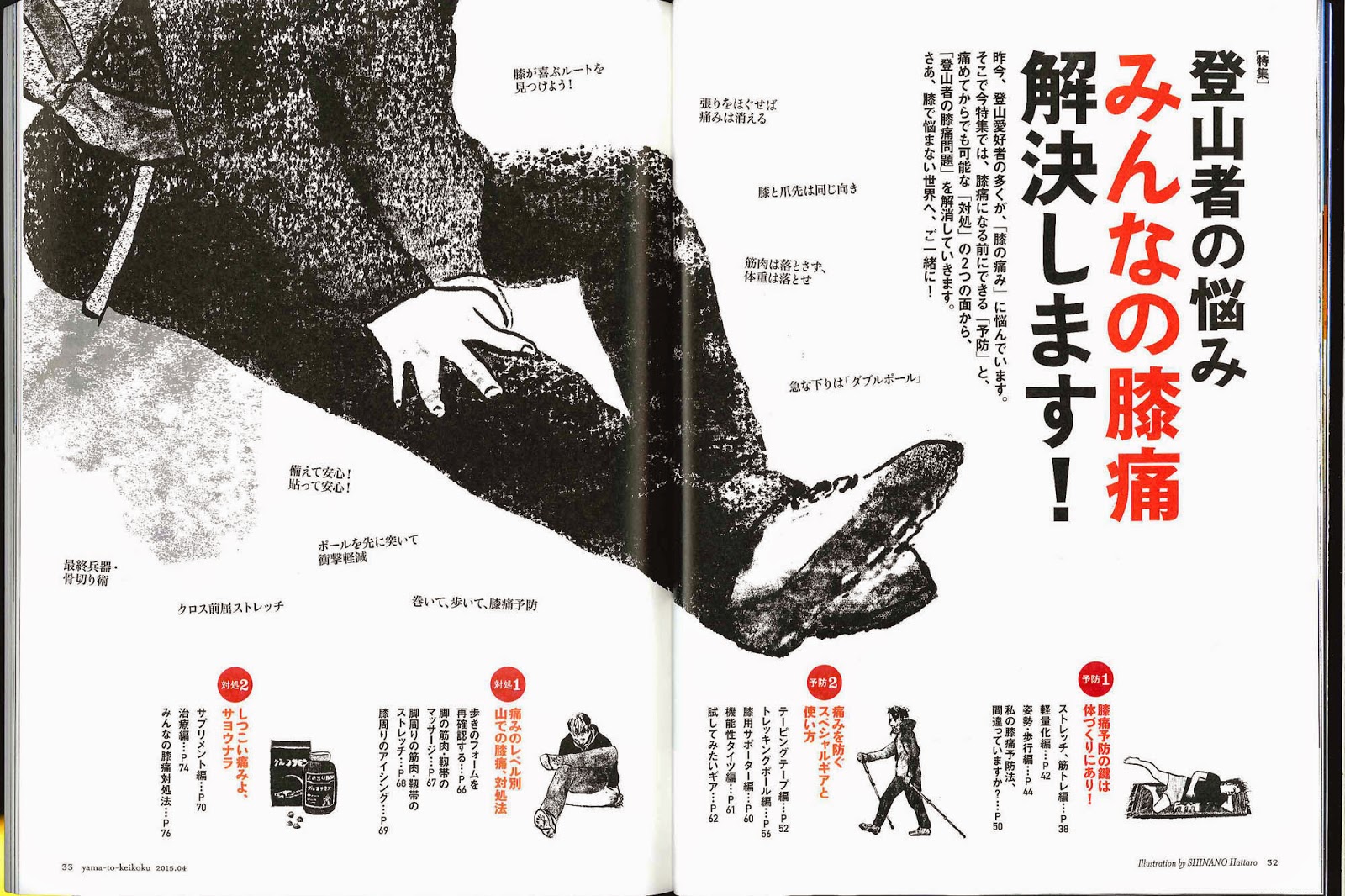 Skipping over some more photo pages, on Kaikoma (Hyakumeizan no 77), we come again to Project Hyakumeizan’s local crag. This feature – by the tireless Ōhata Kimiko, who also wrote up the Hyakumeizan translation – explains how to climb the Matterhorn in the company of a handsome and courteous Swiss mountain guide. O-tsukaresama Ōhata-san! 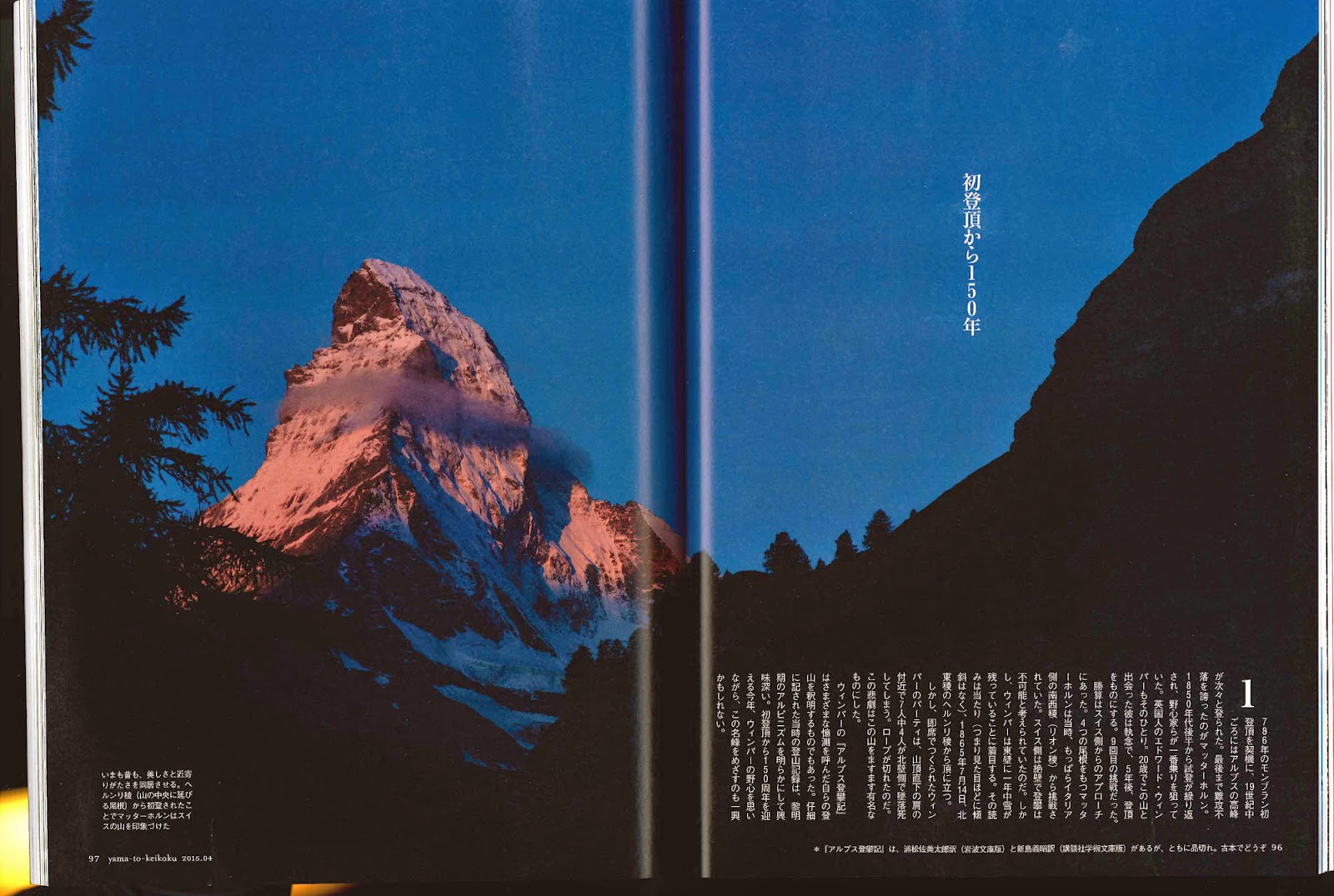 After the breathless exertions of the Hörnli ridge, it’s good to take refuge in the beechwoods of northern Japan. In another photo feature, route plans are provided for sylvan wanderings on mountains in Yamagata, Gunma, Okutama, Ōmine, and Shimane. Come to think about it, these locations cover most of the beech tree’s entire range within Japan. 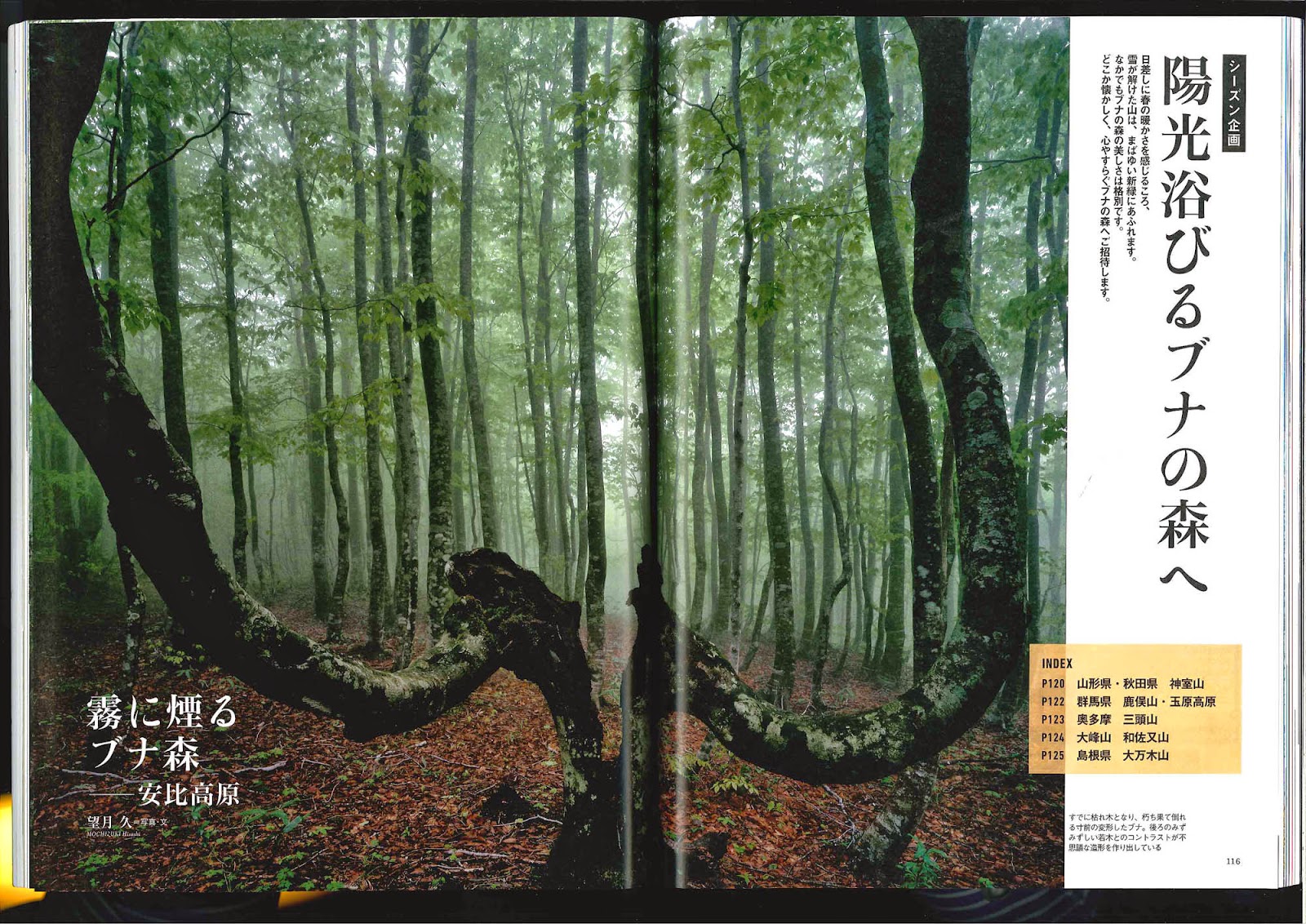 Then, if your knees can take it, comes an account of a mid-winter traverse of the Kurobe valley, one of the snowiest regions on the planet, culminating in an ascent of the spiky and exposed Yatsumine ridge. If think you might enjoy 猛ラッセル, this will be your article. Trust me on this. 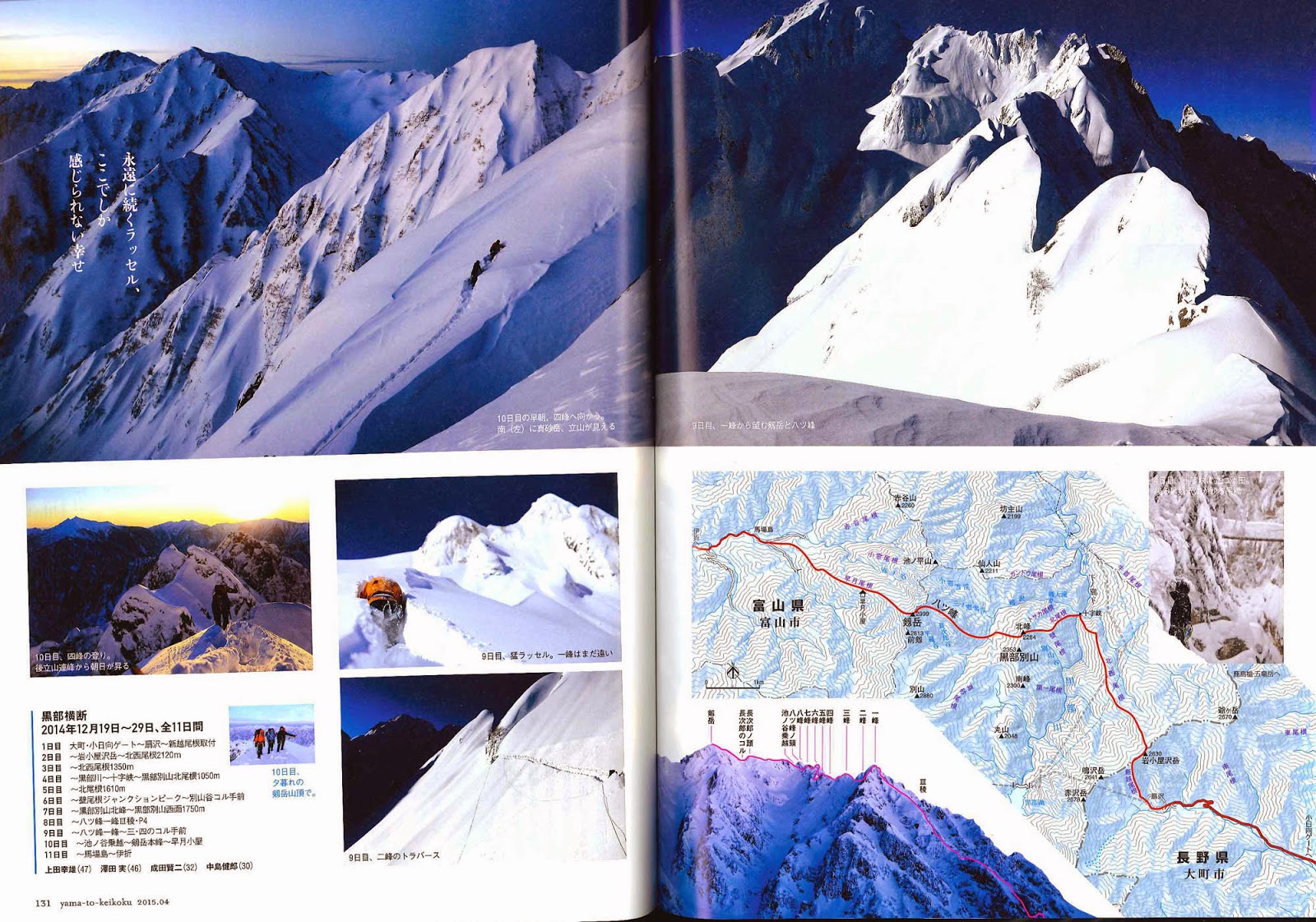 Should ultra-deep snow not do it for you, you might prefer hiking up some Latin American volcanoes. A feature on “the mountains closest to outer space” explains how to tackle the likes of Cotopaxi and Chimborazo – the latter summit being further from the centre of the earth than Everest’s, they say. 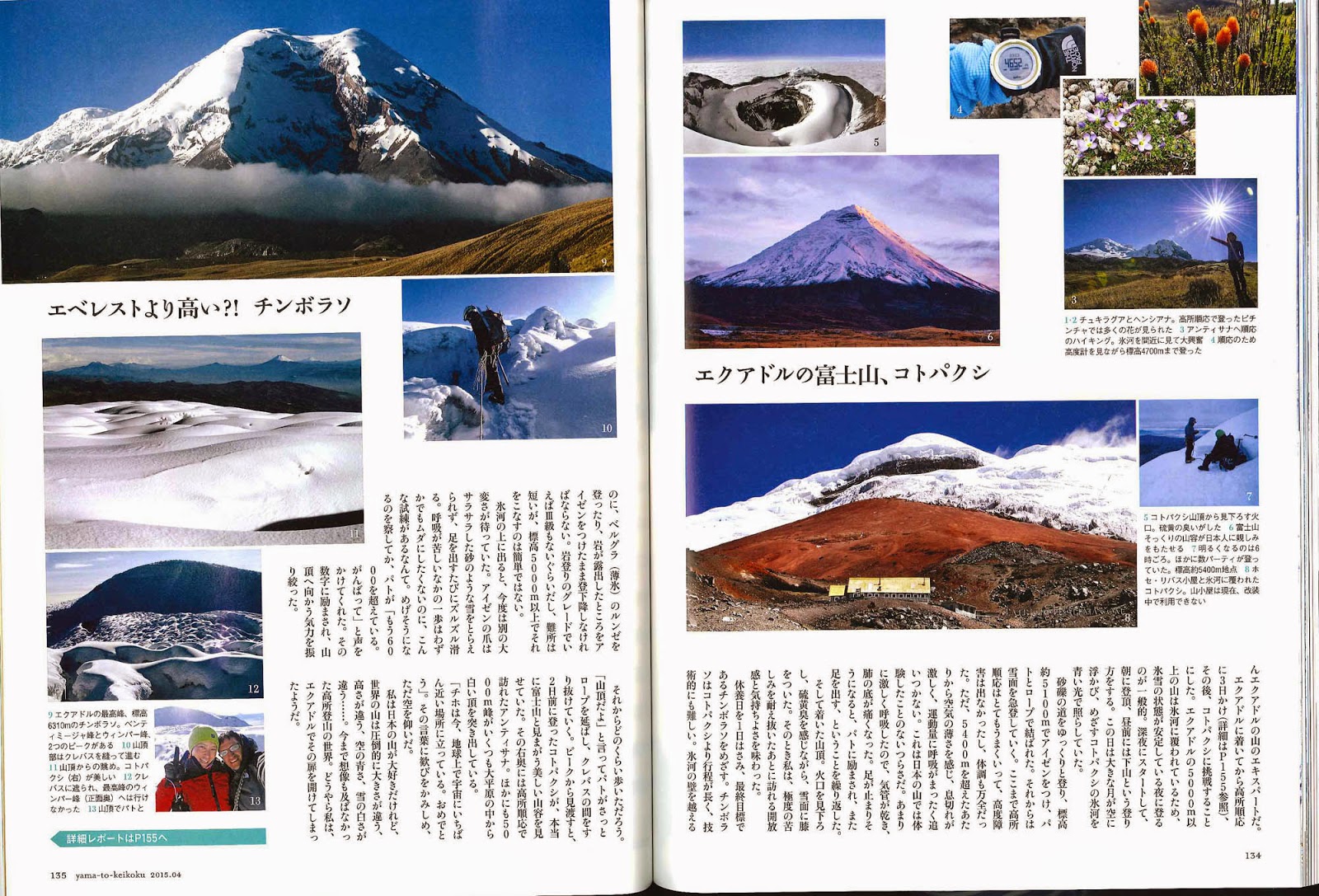 Towards the back of the magazine, the Hyakumeizan crop out again – but with a novel twist. On page 164 – I did mention the magazine’s heft, didn’t I? – appears the final instalment of a manga series on climbing Fukada Kyūya’s one hundred mountains – in which the writer/cartoonist attains Poroshiri-dake in Hokkaidō, her 100th summit. 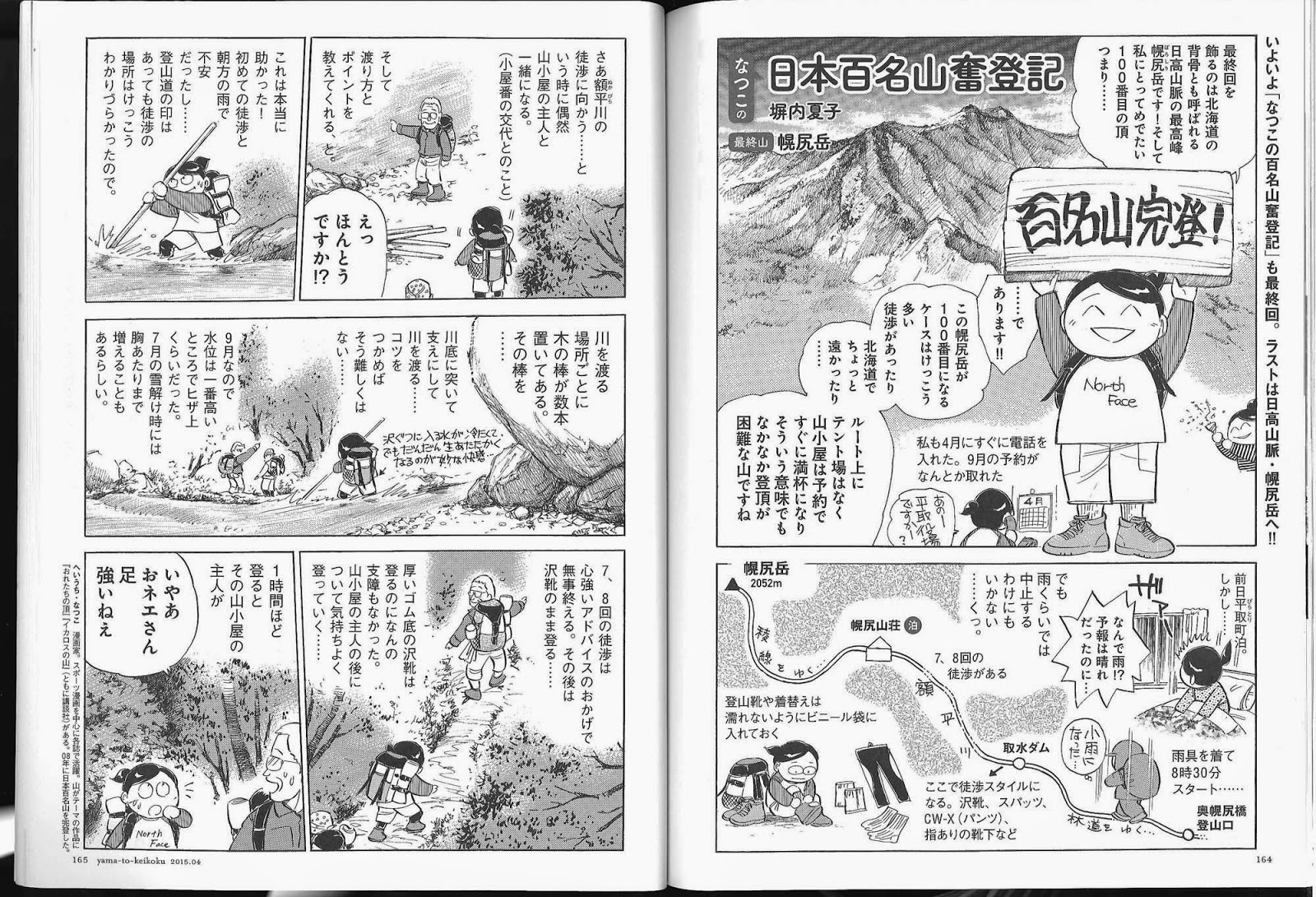 YamaKei was founded in 1930 as Japan’s first mass-market mountaineering and hiking magazine. It was not alone in this niche for long. Within a decade or so, a small host of would-be rivals sprung up, with titles such as Alpinism, Yamagoya (Mountain Hut), Hiking, Cairn, Yama, Tozan to Haikingu, Yama to Kōgen (Mountains and uplands) and Tanken (Exploration).

Why is YamaKei the only one of these pre-war titles that still exists? Excellent writing and photography, as seen in the current edition, are certainly two good reasons for its survival.

But this can’t be the whole story – for example, it was the now defunct Yama to Kōgen that commissioned and published the series of mountain essays that became Nihon Hyakumeizan.

Perhaps the secret sauce is that YamaKei takes a panoramic view of mountaineering and mountaineers. Its coverage ranges from hiking through to hard-core alpinism, from how-to tips through to expedition reports, from Honshū’s mountains through to the Himalaya. Just like Fukada Kyūya’s Mt Fuji, YamaKei is there for everybody.
Posted by Project Hyakumeizan at 7:39 PM