Thoughts from a bivouac ledge 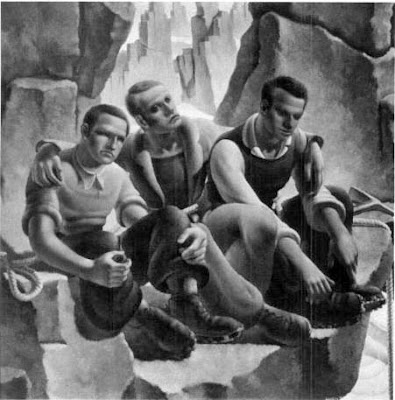 Excerpt from the novella Bergfahrt by the Swiss author Ludwig Pohl, translated as Ascent by Donna Stonecipher:

The most important matter, the most difficult activity, of this night, was, as already mentioned, the fight against sleep. (For if he had fallen asleep, either he would never have reawakened or he would have awakened in such a state as to make any further action impossible.) And out of this endless struggle he emerged a victor, mostly. For there were tiny moments in which he did fall into a kind of half-sleep; no, however small the moments were, it was real sleep; for he dreamed. Such a dream lasted perhaps only seconds, and then his hard will battered him again from outside.

Thus he suddenly found himself in a warm, familiar chamber, remembering with sympathetic astonishment how he had just fancied himself to be exposed, freezing to the marrow on a narrow strip in a monstrous cliff wall; with the impenetrable blacks of the depths, with cliffs and glaciers jutting into the zenith of the heavens, as if he were caught in the throat of an unimaginably large animal, whose teeth were the towers and corner pillars; the dark abyss was its gullet, the stars its eyes.

And then there were the other moments, that were no longer dreams but a mix of waking and dreaming, exactly what one calls a hallucination. In such a moment he had suddenly found the definitive answer to the often asked question: "Why climb a mountain?"

For all of the usual answers were insufficient. For one's health? But there must certainly be other, and less costly, means for that. For the height? But what about funicular railways, aeroplanes? Because it's an especially substantial kind of sport, which, even if only in narrow circles, earns you a particular degree of kudos from an elite: that was better, but also insufficient. Now, this was it:

To escape from prison. 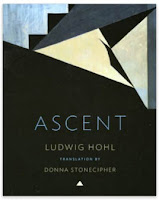