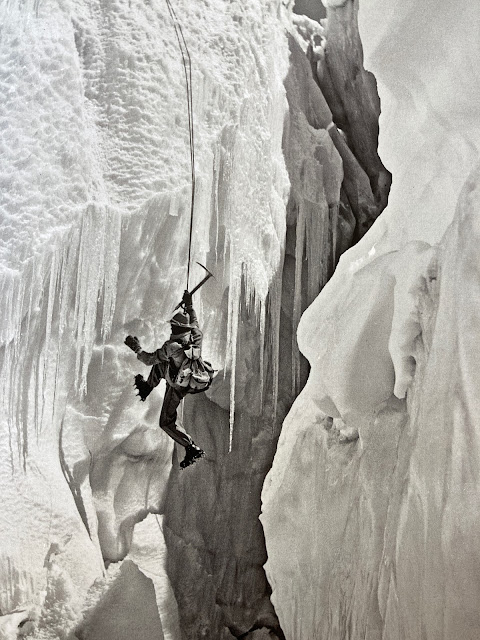 Mountain climbing is a modern curiosity, a bourgeois indulgence. It consists mostly of relatively well-to-do white people manufacturing danger for themselves. Having been spared war, starvation, mass violence, and oppression, its practitioners travel great distances and endure great sacrifices to test their bodies and minds, encounter beauty, and experience the precariousness of existence and the terror and whatever revelations, fleeting or otherwise, may come of it. Though the whole enterprise may seem crazy or stupid or pointless, to many people it represents a necessary extreme of human endeavor, that combination of excellence and aberrance which propels a sliver of the population to set about going to the moon or writing symphonies, or dropping out entirely, as latter-day hermits and monks.
Posted by Project Hyakumeizan at 7:59 PM