Travelogue continued: crossing to the ideal island where a Zen master of a mountain awaits

11 November: Feel-ease Soya is the ship taking us over to Rishiri. Wince-making as it is, the name reassures me. Last year’s ferry, the Boreas Soya, took its name from the classical god of the north wind. And Boreas-kun did indeed blow feelingly during my two-day attempt to dig a snow-trench from the bottom of the mountain to its top. 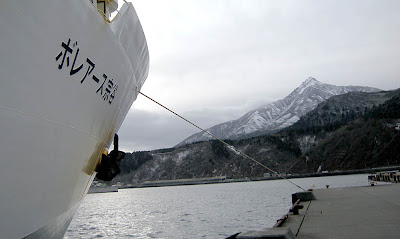 The weather forecast provides another favourable sign. Heavy rain and snow are blanketing Honshu and most of Hokkaido, leaving Rishiri as the only place in the Empire with useable climbing weather. 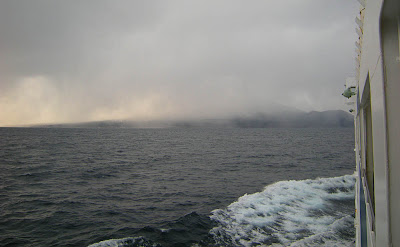 That said, our destination is elusive. This ideal mountain floating on a shimmering sea can only be Rishiri, writes Fukada Kyuya. Today, Rishiri is wholly ideal; the only evidence that the island actually exists is a wall-sized transparency in the Heartland Ferry Company’s waiting room. A fog-bank ahead has swallowed up the real thing. 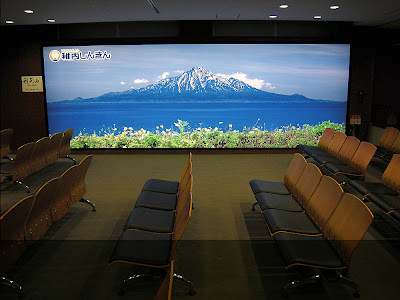 Deprived of the view, I return to the TV in the passenger lounge. Japanese ferries are in the news this morning. After two years on the run, a suspected murderer was trying to board one when he was picked up in Osaka. Another ferry has turned turtle off Mie Prefecture. A big wave caused its cargo to shift. Somehow I doubt if a captain of the HeartLand Ferry Company would allow his ship to be slapped around by a big wave. 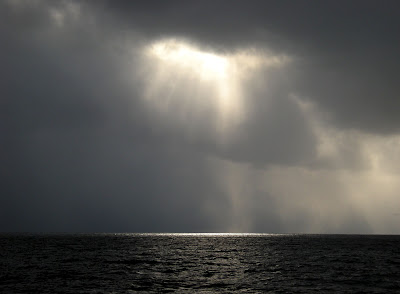 There’s no snow on the ground at Oshidomari. That’s good. I make straight for the Maruzen Yado, last year’s base. I’m greeted by the landlady, Mrs Watanabe. “You again?” she says, unfazed by my return. This time, her son is at home and I cross the road to consult him. Watanabe Toshiya guides people up the mountain all summer, and surfs the local waves when off-duty – through the winter months too. Apparently, Rishiri has about ten hard-core winter surfers.

Toshiya-san keeps a close eye on his mountain, posting regular reports on climbing conditions to his Rishiri-dake blog. No more than about 30 centimetres of snow would be lying on the upper slopes, he predicted, but I was welcome to borrow a pair of snow-shoes, just in case. This is a handsome offer, and I accept gratefully.

Lack of snow shoes was one reason I didn’t get up the mountain last year. There were others. Like a Zen master admonishing a dull acolyte, Rishiri-dake drove home the usual lessons, wielding deep snow drifts and a strong north wind as its minatory stick. Be properly equipped (whack!), start earlier (whomp!), and, above all, remember that you’re only going to reach the summit if the mountain so permits (thunk!). 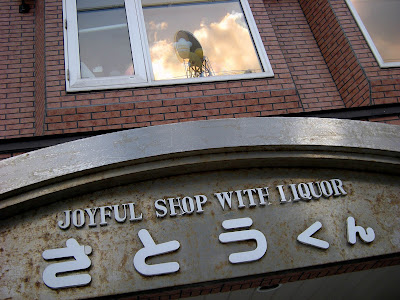 Then I go shopping. Nothing has changed from last year – the promontory like the head of a dinosaur, the boats drawn up on the shingle beach, the joyful liquor shop just by the Maruzen’s door, Okada’s little bakery that never has any bread, then, a few yards further on, the discount liquor shop. I wandered down the street in search of supplies for tomorrow’s 1,700-metre push. An early start will be needed: we’ll go easy on the liquor. 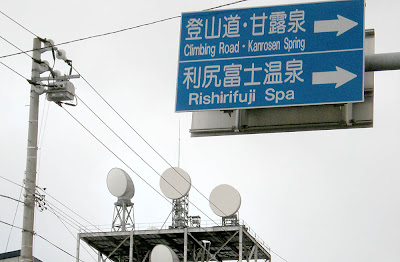 Posted by Project Hyakumeizan at 11:24 AM