In praise of shadows

When mountains, and literary speculations, project themselves to far horizons

I must fess up – the sonorous title for this post was borrowed from no less an author than Tanizaki Junichirō. Or rather from the English translation of his famous essay on Japanese aesthetics, In'ei Raisan (陰翳礼讃).


But the shadows we praise here are those that stretch away from mountain summits at dawn or dusk, like pyramids of twilight reaching out to infinity. All great summits – Mt Blanc, the Matterhorn – trail their attendant cones of darkness, and the famous mountains of Japan are no exception.


As you’d expect, some set-piece shadows show up in Japan’s most famous mountain book. Here for example is the sunrise as seen from the top of Asahi-dake, a Meizan of Tōhoku:-

Thirty-four years before, we had saluted a peerless dawn there under a cloudless sky. Then, deeply impressed, we watched as Ō-Asahi unfurled its pyramidal shadow far across the Sea of Japan.

When the poet Yūki Aisōka, a native of Yamagata, climbed Ō-Asahi in his sixtieth year, he left to posterity these magnificent lines:

All my life I will treasure this memory
How the sun rose from the Pacific and touched the Ōu mountains
And, as it rose, how Asahi’s huge shadow settled over the Japanese Sea.

Having witnessed the scene for myself, I find this poem strikes a deep chord. (Nihon Hyakumeizan)

And, at the other end of Honshū, there is a spectacular sunrise on Daisen:-

It was in the Renjō-in, a cloister attached to this temple, that the author Shiga Naoya stayed while he was writing his masterpiece, A dark night's passing (Anya koro). At the end of this book, the hero Tokitō Kensaku sets off to climb Daisen but gives up from exhaustion. A strange feeling of rapture overtakes him. In a masterly piece of description, he watches as the dawn breaks below him and Daisen's shadow slowly retreats over the land. "And so Kensaku watched with emotion this rare sight – the shadow of the proud mountain, the greatest in central Japan, etched boldly across the land." (Nihon Hyakumeizan) 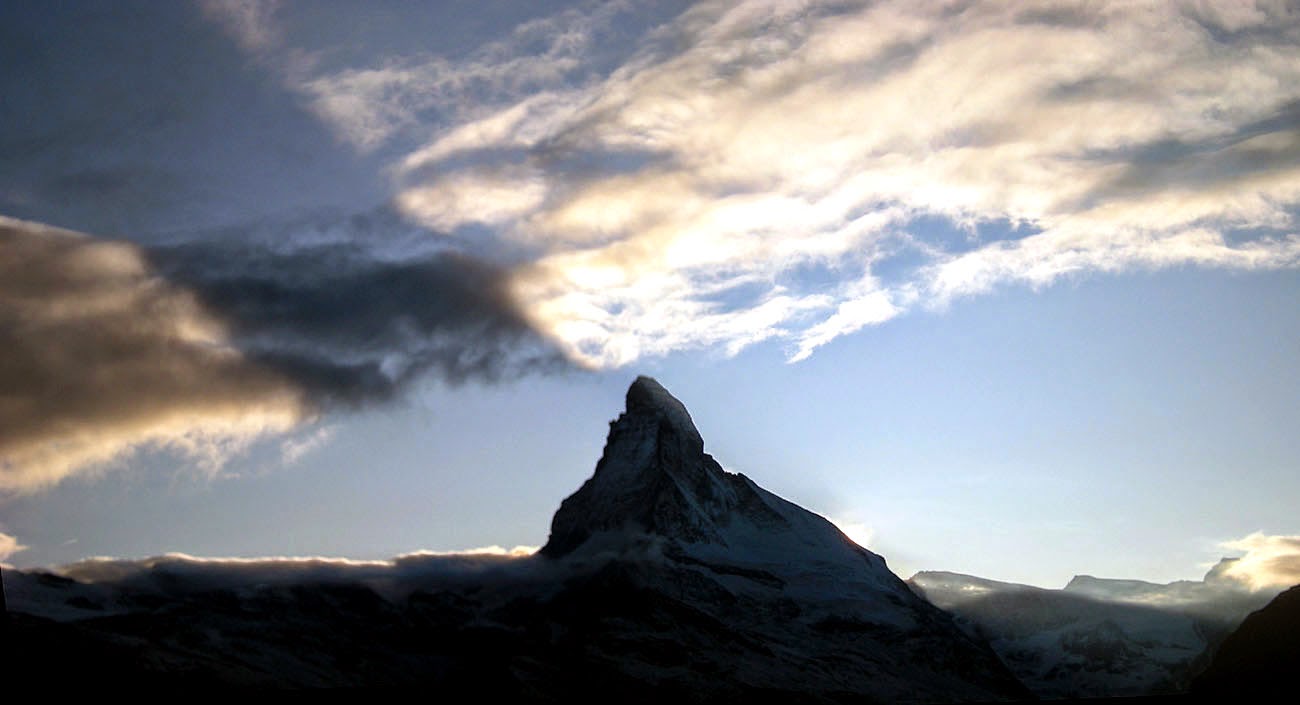 To make amends for stealing Tanizaki’s title, I leafed through Nihon Hyakumeizan to see if the novelist gets a mention. Alas, he is cited but once in the book, and that is in the chapter on Ōdai-ga-hara-yama, which is at least a Kansai mountain. But the context has nothing to do with shadows.

When you think about it, allusions to Tanizaki were always going to be sparse in Nihon Hyakumeizan. If Fukada Kyūya was one of Japan’s best-loved outdoor authors, then the great chronicler of Kansai life was all about interiors. Tanizaki's most famous essay is a disquisition on the charms of shade and gloom within the traditional Japanese house:-

And so it has come to be that the beauty of a Japanese room depends on a variation of shadows, heavy shadows against light shadows—it has nothing else. Westerners are amazed at the simplicity of Japanese rooms, perceiving in them no more than ashen walls bereft of ornament. Their reaction is understandable, but it betrays a failure to comprehend the mystery of shadows. (In praise of shadows)

At a deeper level, though, Tanizaki’s theme is the clash of old and new, tradition and modernity, Western brashness and Japanese taste. In short, it is an elegy for Japan as it once was. And that is a platform that the Hyakumeizan author would probably have endorsed wholeheartedly.

After all, Fukada was no fan of modernity when it came to the new roads, resorts and ski pistes that were even then gnawing into his beloved mountains. Here he is on Kita-dake, for example:-

In recent years, a tunnel for road traffic has been driven from the village of Ashiyasu under the Yashajin pass to Hirogawara in the Noro river valley. Its seclusion stripped away, Kita-dake is now easily accessible, a fact that some applaud and others bewail. You will find me in the latter party.

Before putting up this post, I took one more look at Tanizaki’s essay and found the following on the very last page:-

The author of “Vox Populi Vox Dei” column in the Osaka Asahi recently castigated city officials who quite needlessly cut a swath through a forest and leveled a hill in order to build a highway through Minō Park. I was somewhat encouraged; for to snatch away from us even the darkness beneath trees that stand deep in the forest is the most heartless of crimes.

So it may have been overhasty to categorise Tanizaki as entirely an indoor writer. Indeed, when it comes to eulogising the shadows beneath old trees, there’s very little daylight, so to speak, between his standpoint and Fukada’s. Perhaps the two authors had more in common than might appear at first sight.


Posted by Project Hyakumeizan at 9:28 PM

A thousand thanks for you column

Taka: no, I did not see the Tensei-Jingo article, so thank you very much for bringing it to my attention via your kind comment. Needless to say, I will blog it soon!