Travelogue continued: a summit meeting with the master of Tozan Tales

October 23: the Raichō ("Snow Ptarmigan") express arrived on time at Osaka station. That was good, because Wes Lang and I had arranged a rare summit meeting. And there was Wes now, waiting at the Sakurabashi exit. As a doyen of the Kansai Hyakumeizan scene, Wes should need no introduction to readers of this blog, as most will likely be frequent visitors to his Hiking in Japan guide and Tozan Tales. 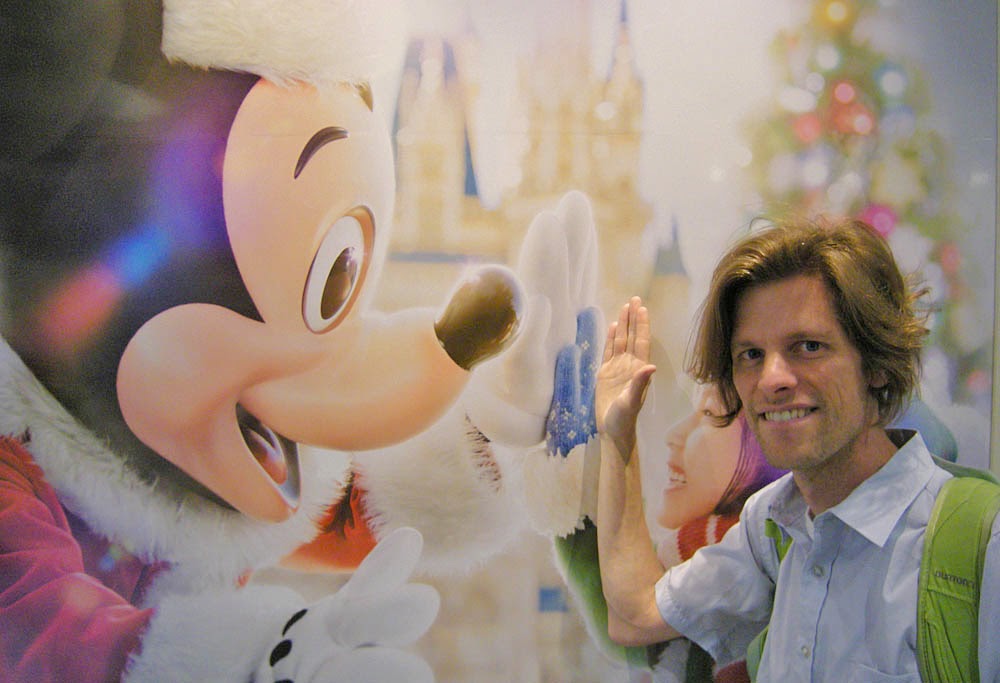 Wes was looking a bit leaner than when we'd last met - an enforced sojourn with the local health system was to blame. You can read about this episode on Wes's witty yet perceptive blog, TB Tales. Others might have been discombobulated by the experience but, to a mountaineer of Wes's stamp, even soggy hospital toast can be turned to good account. The man is irrepressible.

But I digress. We had an hour before Wes had to entrain for his afternoon class in Kobe, so we headed for the Eikokuya café - how appropriate - atop one of the Ekimae area's tall buildings and ordered two morning sets. Being possessed of healthy appetites on this cool autumn morning, we desisted from turning the toast slices into caricatures of Mt Fuji. 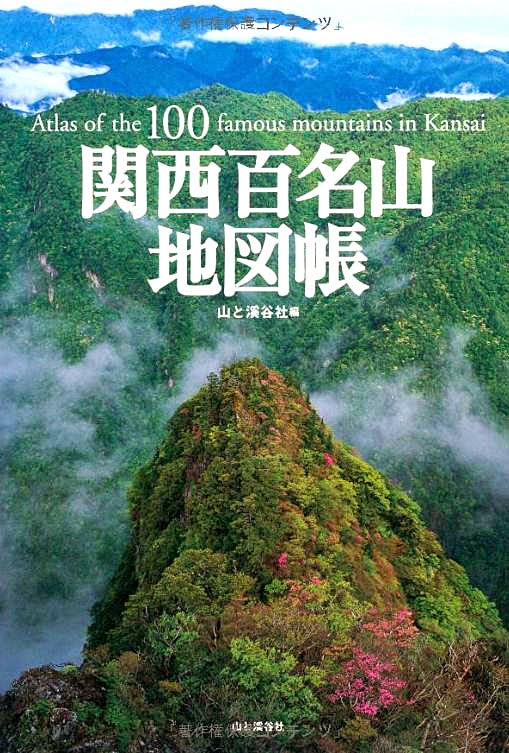 Since we last met, Wes has turned his attention from Fukada Kyūya's Nihon Hyakumeizan - been there, done that - to the local equivalent, the One Hundred Mountains of the Kansai Region. The list has received the closest thing to official sanction in the shape of a handsome guidebook published by Japan's oldest publisher of mountain books and journals, Yama to Keikoku - a battered copy of which Wes now spread out on the counter in front of us.

"You know," he said, after taking a bit into an egg sandwich, "the Kansai really is unbeatable for mountain variety." As an ex-Tokyo man, I almost raised an eyebrow here - I mean, what with Tanzawa and Chichibu, and that cone-shaped mountain on the skyline, the Kantō didn't seem too bad for variety either. But Wes was in full swing now: "Where else can you hike up mountains within the city limits?", he asked rhetorically, pointing at Mt Rokko over yonder in the haze.

I had to admit that, for sheer in-your-face accessibility, the mountains round the Big Slope and its environs go one better than Tokyo. But what about variety? In reply, Wes turned to the contents page in his Yama to Keikoku guide - a quick glance of the pencil ticks against the mountain names revealed that he's a good way through the one hundred.

Not having encountered the Kansai Hyakumeizan before, I was intrigued to see which mountains entered into this list: Atago, Hiei, Ikoma, Ōmine, Ōdaigahara, Hyō-no-Sen, the "Icy Mountain" where no less an alpinist than Katō Buntarō cut his winter-mountaineering teeth - yes, these are Meizan that can hold their heads up in any company. But what was this? My eye lit on Hōrai-zan, a mountain on the shores of Lake Biwa - the train had passed by its foot that morning. It seems incongruous that you can ride a cable-car up to the summit of a mountain named for the Western Paradise.

Well, any listing of famous mountains is likely to stoke controversy - it seems that the original Kansai One Hundred were selected by Nakanishi Seiichirō, an experienced mountaineer. He was presumably miffed that Fukada Kyūya had let only four Kansai peaks into his original all-Japan Hyakumeizan. But Nakanishi came in for criticism himself, allegedly because he favoured summits in the southern Kansai districts over those in the west. The Yama to Keikoku listing was a later attempt to redress the balance, it's said. By the way, I'm indebted for this information to On Higher Ground, himself a Kansai resident.

Fortunately, the Eikoku-ya has a "bottomless" policy when it comes to refills. Starting on our second cups of coffee, we turned to the current mountain scene. There's a lot going on. Blogs and message boards mean that it's easier than ever for like-minded Meizan-seekers to meet up and arrange trips. Wes's recent Hiking in Japan camp at Togakushi is a case in point. And blogs are the ideal place to write up trips and publish compelling photography afterwards. All in all, it's never been a better time to be a foreign mountaineer in these parts.

Alas, our time was soon up. Wes showed me the way to Kinokuniya - by now, I wanted to buy my own copy of the Kansai Hyakumeizan - and then vanished into the crowd. Too late, I thought of a final question to ask him. And that is, will he be able to finish his round of the Kansai One Hundred before he becomes an oto-san .... ?
Posted by Project Hyakumeizan at 6:22 PM