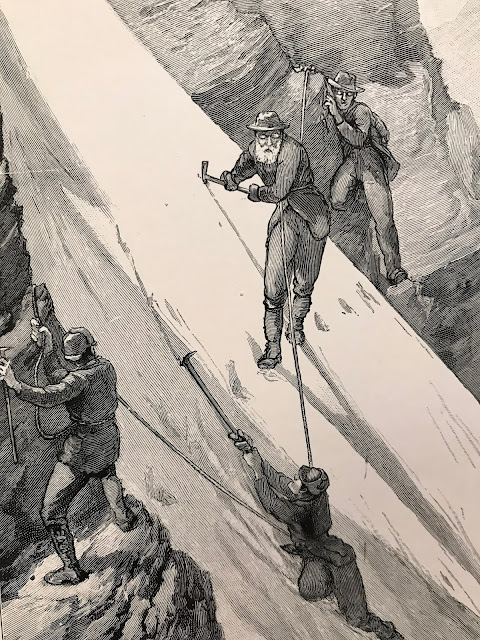 Advice from a mountaineering medic of the silver age

As in other sports, there is an immense advantage in beginning early. But it is the greatest mistake for the very young to indulge in high mountaineering. Before the age of, say, eighteen, expeditions involving more than eight hours' walking are altogether unwise. The spirit of competition is strong in early life.

Fascinated by novelty and spurred by emulation, youths in their keenness are apt to misjudge the strength of the machine which has to be driven. The big peaks will attract, of course, and the beginner is anxious to make what in Alpine slang is called a 'book'; but an Alpine 'book' is one that requires a long and careful preface.

Set any promising member of the rising generation of mountaineers to work with a veteran guide, and not with a young man who has only just emerged from porterhood. The older man will be the better teacher, for he will have learnt to set more store on precision than on mere activity.

There is no need for any man who leads an average healthy life to submit himself to any special training for mountaineering, but, at the same time, those whose avocations force them to a sedentary life at home must not suppose, even if they are old hands, that they are fit to go up a snow mountain directly they come in sight of one.

Nor should they, as as too commonly the case, imagine that a single training walk, perhaps a few hours' ramble on a glacier or a hard pound up a steep, hot mule-path is sufficient in itself to overcome the effects of eight or ten months of mountaineering inaction.

Mountaineers too often, in the desire to make the most of a holiday, ruin their pleasure for the greater part of their tour by-over-exertion at the outset. Rowing, especially on a sliding seat, is the best possible form of preparatory exercise for a man to take who wishes to get himself into condition for mountaineering.

Posted by Project Hyakumeizan at 8:51 PM