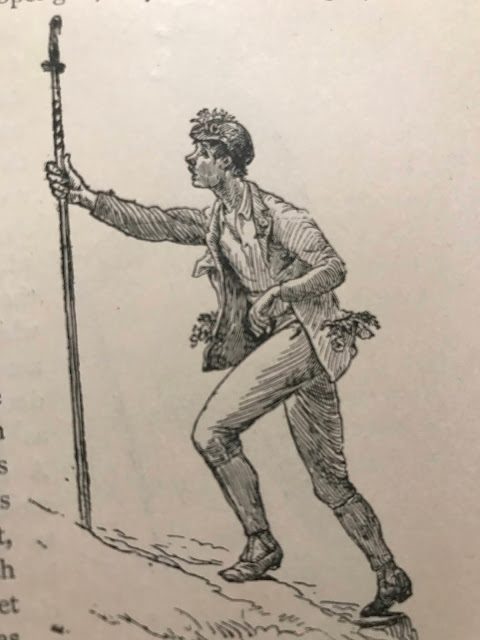 Advice from a mountaineering medic of the silver age

A certain amount of time is required to enable anyone to accustom himself to change of diet and surroundings. The diminution of atmospherical pressure, too, exerts a sensible, although perhaps not much recognised, effect even at elevations of six or seven thousand feet. The matter of diet may be almost summed up in the advice to get the very best you can and to take as much of it as you feel inclined, and this applies to actual climbing as well as to life in valleys.

The question of alcohol or no alcohol has of course been debated warmly with regard to mountaineering. On the whole, the less taken on mountain expeditions the better, particularly in ascending.

The majority of the Swiss guides, it is true, do not abjure wine when engaged in their work, especially when it is provided for them free of cost; but then they are in their own country, and accustomed to the native wines from their youth up. Many guides hold to the tradition that on the mountains white wine is bad, inasmuch as it 'cuts the legs.'

Each one must find out the kind of drink that suits him best, and it need only be noted that in case of fatigue alcoholic stimulants do harm rather than good, and that the thin and sour bottled mixtures which do duty as wine in Alpine resorts are more prone to derange the digestion than to restore strength.

There is a prejudice in the minds of some against drinking glacier water. It is of course unwise, when much heated, to drink largely of any cold water just before a rest; but while on the march water-drinking, in moderation, will not do the slightest harm.

The water from the glacier pools is particularly good. Streams coming from melted snow patches need not be avoided unless in trickling over the surface the water has acquired some ingredients injurious to health. This will not be the case in high regions.

It will be prudent to abstain from drinking water that courses near chalets or in the neighbourhood of herds of cattle. It is best to avoid water when any nettles are seen growing close by the stream. In the valleys, and especially in the villages, of countries such as the Caucasus, it is not wise to trust the water even when it has been filtered. All doubtful water should be boiled before drinking.

Posted by Project Hyakumeizan at 5:51 PM

Interesting to read that the Victorians wanly debated alcohol for mountaineering refreshment. I had always thought that viewed its consumption as normal. I recall reading that Tyndall and party drank champagne on the first ascent is the Weisshorn. The formidable Lucy Walker also apparently consumed champagne, asti spumante and sponge cake on her first female ascent of the Eiger.

Iain: thanks for reading. Yes, I think the Victorians alpinists of the "Golden Age" (1860s) quaffed on a heroic scale, if the essays in "Peaks, Passes and Glaciers" are to be believed. But C T Dent was writing about a generation later, so perhaps a relative sobriety was setting in by then. Also, they were tackling harder routes - Dent himself did the first ascent of the Dru, if I remember rightly. Perhaps less scope for being a bit squiffy on the descent ...