The 102 mountains of Japan

Long before the Hyakumeizan, there was an officially approved list of famous Japanese peaks. Who will be first to climb them?

Could it be that we've been climbing the wrong mountains all along? The ones we climb, of course, are the one hundred Japanese mountains written up by Fukada Kyūya in his Nihon Hyakumeizan - a purely personal selection of peaks that was published in 1964. But more than half a century before that, an officially sponsored encyclopaedia had come out with a radically different list of mountain names. And there were 102 of them. 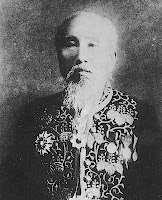 This earlier list appears in the Kojiruien, a 51-volume collection of historical documents that was compiled between 1879 and 1914. The encyclopaedia's moving spirit was Nishimura Shigeki, then working at the Ministry of Education. In his youth, Nishimura had studied Confucianism and gunnery. This set the pattern for his career as one of those Meiji intellectuals who saw themselves, without any sense of contradiction, as both cultural revolutionaries and guardians of the pure Japanese spirit.

The Kojiruien shared this dual character: it is a modern scholarly instrument designed to preserve the most venerable sources of Japanese tradition. And this ultra-conservative agenda informs its catalogue of notable Japanese mountains. Appearing within a volume that deals with Japan's regional geography, the list (see below) classifies its peaks into "famous mountains" (meizan), "high mountains (kōzan) and volcanoes (kazan). 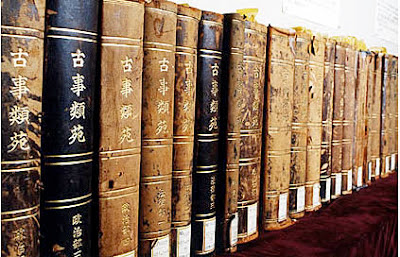 As several peaks appear in more than one category, or twice under different names, the number of distinct mountains comes down to something like 95. We say "mountains" here, but the Kojiruien's "meizan" in particular are somewhat lacking in stature. Wakakusa-yama, for instance, towers all of 342 metres over the city of Nara. Yet this grassy hill is indisputably "famous", featuring in an ancient fire ceremony as well as in some of the oldest Japanese poems. 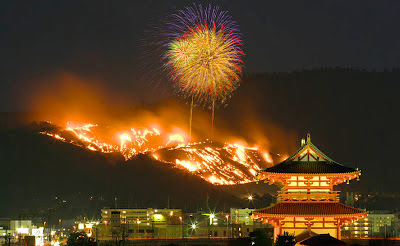 Not even all the "high mountains" are especially lofty. Atago, for example, rises only 924 metres above Kyoto. But it is perfectly sited to grace, without dominating, the "borrowed scenery" of many a temple garden. To the Kojiruien's compilers, it seems, a mountain's cultural and literary merits counted for much more than vulgar attributes such as its height. 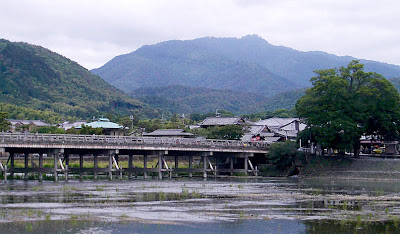 When he compiled his own book of peaks, Fukada Kyūya was not insensitive to a mountain's cultural baggage. A meizan, he said in the afterword to his book, should have "history" as well as stature and an air of distinction. But the Kojiruien's meizan must have been altogether too lowly for him, not to say excessively concentrated in the old home provinces. For not one of them appears in Fukada's hundred mountains.

When it comes to the kōzan, there is more meeting of minds. Some 30 of the Kojiruien's 59 "high mountains" also appear in Fukada's Hyakumeizan. Agreement is even stronger in the volcanic category, where Fukada endorses 10 of the encyclopaedia's 17 choices. (In the Hyakumeizan as a whole, Fukada is roughly even-handed on the merits of volcanoes and other mountains, drafting 45 of the former and 55 of the latter.)

Did Fukada actually refer to the Kojiruien? As a literary man, he must have known the poems and essays that underpin the encyclopaedia's list. Yet he makes no mention in Nihon Hyakumeizan of the Kojiruien itself. In the end, every generation must decide for itself what is "famous" about its mountains. And, when such a gulf of history separated Fukada's generation from Nishimura's, it was inevitable that the idea of a "meizan" would change altogether beyond recognition.

Main source for this post is Takayuki Ogata: Geographic Information of the Listed Mountains in the Encyclopedia "Kojiruien", Geographical Studies, No 83, 2008. Table below is from this paper.

Photos of Nishimura Shigeki, Wakakusayama and Atagoyama by courtesy of Wikipedia, the Kojiruien of our times.
Posted by Project Hyakumeizan at 9:26 PM

You temptress! Do you know if there are many (any?) climbers "doing" this list?

Temptress? Well, I guess that teaser sentence in bold is a bit of a come-on. As the Kojiruien is the preserve of heavyweight antiquarians, I doubt if anybody has ever thought of making the rounds of these particular 102 (or 95) mountains. Certainly I've heard of none. As for the "meizan" subset, six of them are lower than 100 metres in altitude, so you and Hana may want to save them for your old age ... :)

I'd definitely have to cross reference this list with a good map of Japan. I get the feeling that some of the mountains on the Kojiruien may no longer be around (either destroyed from mining,quarrying or residential development).

I think Fukada must have been influenced by Walter Weston, which is probably why Mt. Kasa and Mt. Ena made it on the Hyakumeizan list. Perhaps that's room for an entirely different post altogether....