31 October: inspiration strikes as I drag my suitcase along the gritty streets of Minami-Senju. Mt Fuji! There’s no time to climb the real thing, of course (and my RailPass expires in a matter of hours) but miniature Mt Fujis are dotted all around the city of Tokyo, I’ve read – surely, there’ll be one or two within reach. A quick scan of the hotel’s internet reveals two “Fuji mounds” close to the Yamanote Line. 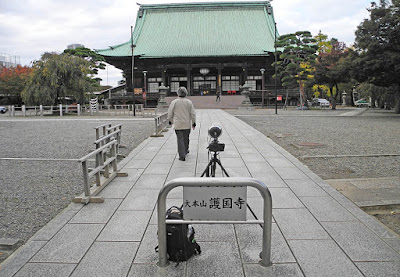 An hour later, I’m walking past two large buses and then up the steps to Gokokuji, near Mejiro. The sign on the gate promisingly announces the temple as a “Dai-Honzan” – a great main mountain – alluding no doubt to its allegiance to the Shingon Sect, founded on Mt Kōya by Monk Kūkai. The main building houses a famous Kannon, allegedly brought all the way from India, and today also two busloads of schoolchildren, who are listening to a priest in purple robes. 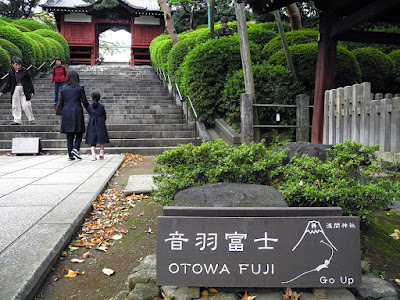 Back-tracking to the temple’s gateway, I find I sign inviting me to "go up" the Otowa Fuji. No second bidding is needed. A flagstoned path leads past a flower-bed and over a stone bridge across a dry watercourse. 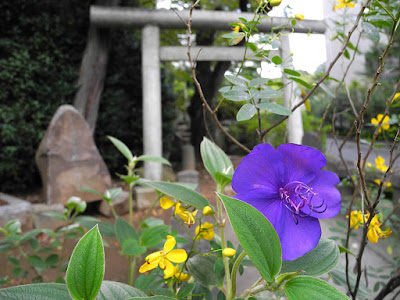 A few steps up the slope is a stone stele announcing the first station – I’m impressed: not only the mountain, but every detail of an actual ascent has been miniaturized. 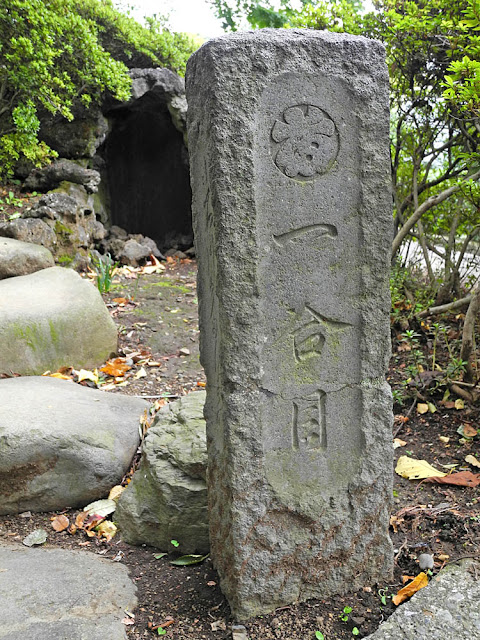 A little further on is a small cave, which might correspond to the actual Hitoana cave on Mt Fuji, where Kakugyō, the founder of the Fuji-kō sect, meditated on tiptoe for a thousand days and nights. 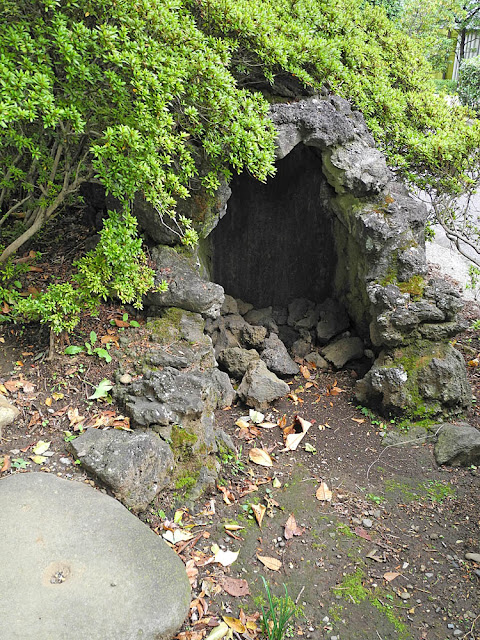 Or perhaps it represents the Tainai, another cave on Mt Fuji, said to assure safe childbirth. As the climb steepens, a small shrine comes into view on the skyline, as might happen on the real mountain. A "great rock" guards the summit approach, mimicking a prominent buttress on the real mountain. 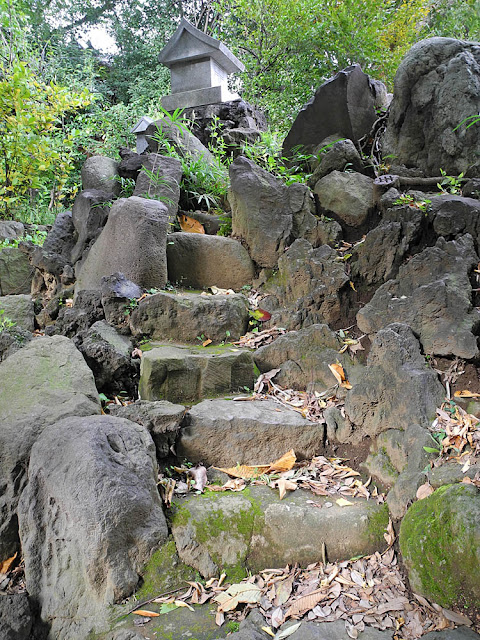 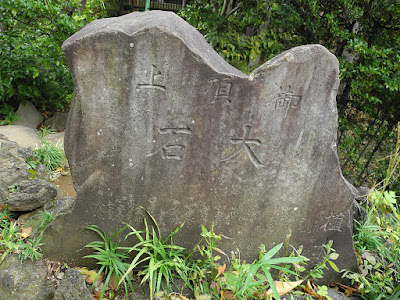 The summit view downwards is convincingly steep. Lumps of lava-like rock may have come from the real mountain. In days gone by, plants as well as rocks were brought from the real Mt Fuji to build these miniature ones. 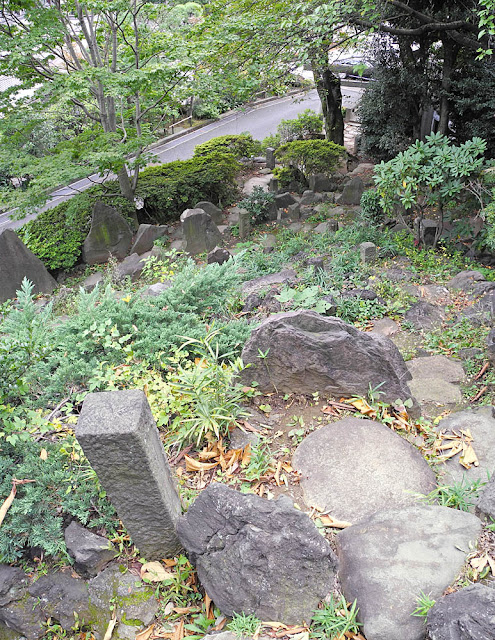 Down at the base, a toddler is starting her first ascent, step by painstaking step, belayed by her mother's hand. I nod to them as I go by. You never know, we might be witnessing the start of a distinguished alpinistic career.

Posted by Project Hyakumeizan at 11:48 AM