31 October: there’s still two hours of daylight, and I remember once seeing a Fuji-like mound from the train to Haneda airport. So I head to Shinagawa and ask at the Keikyū line wicket gate. The clerk’s head bobs inside his office to consult a colleague and then bobs out again. All I have to do, he says, is to take the slow train as far as Shin-Bamba, the “new horse place”. 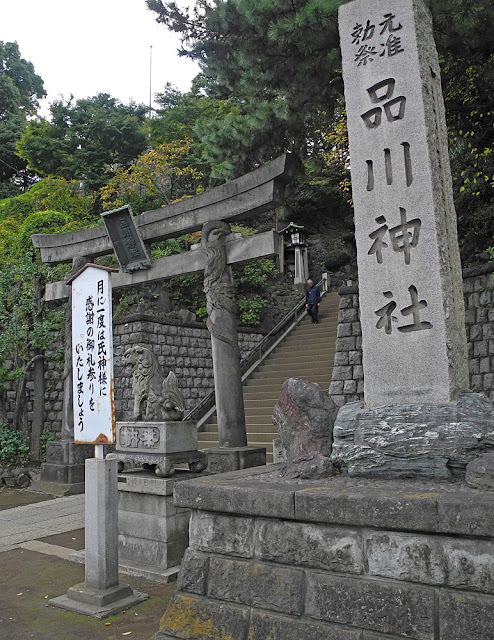 That sounds just right – traditionally, a bamba was where you dismounted from your steed and proceeded on foot into the sacred precincts of a shrine. I dismount from the slow train at the wrong end of the platform and proceed on foot a little further than necessary. But the shrine is hard to miss: it is fronted by a torii with dragons writhing up its supporting columns. 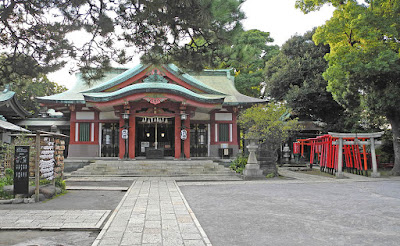 The torii’s rococo style hints at the shrine’s history – founded in 1187, but rebuilt much more recently, mostly in postwar concrete. The Fuji-zuka can’t be missed either, looming over the busy street almost menacingly. It too is rather new. Started one year after the Meiji Restoration, it was completed in 1872, as one of the city’s very last Fujizuka. Then, exactly half a century later, it had to be bodily moved to make way for the new Keihin road, whose four lanes roar underneath it rather as the Tōmei expressway rumbles past the foot of the real Mt Fuji. 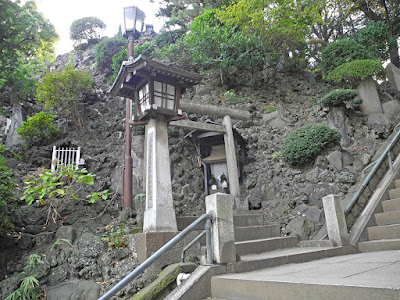 To climb the Shinagawa Fuji, you hang a left half-way up the steps to the main shrine. Immediately, you find yourself out on a slope of lava boulders, already high above the street. As on the Otowa Fuji, stone pillars mark each of the mountain’s ten “stations”. 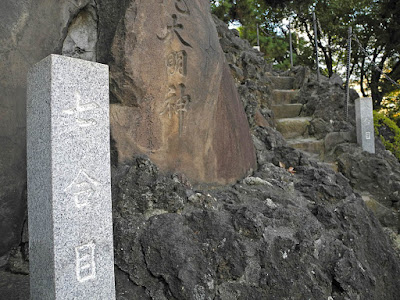 Near the eighth station, a prominent rock recalls the lava buttress under which the Fuji-kō's martyr, Jikigyō Miroku, fasted to death in 1733. (The authorities of the Fuji Sengen Shrine wouldn't let him fast on the summit, lest his death there ritually pollute it.) If you go to the real mountain, you'll find his memorial on the Yoshida Route:

Closer to the summit is a miniature shrine: 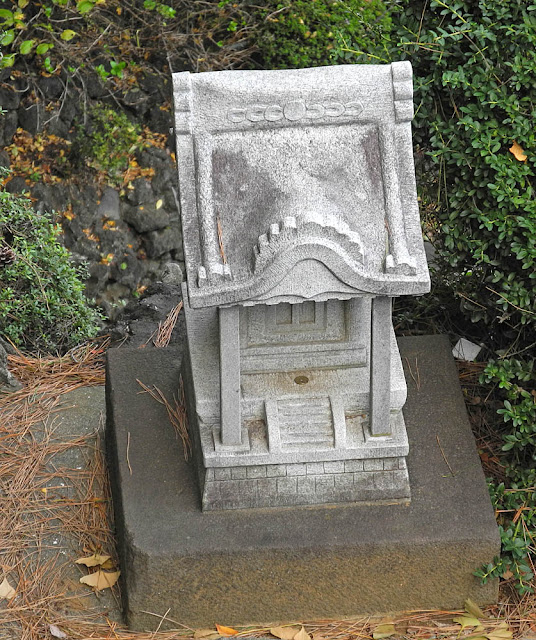 If there’s a Tainai cave too, I must have overlooked it. Indeed, this Mt Fuji is so high and steep that you need to watch your footing carefully.

At the summit, a family is looking at the view. Our collective gaze sweeps out over the station, eastwards across the mangrove swamps of Odaiba. Before the buildings intervened, I’m sure you could have seen as far as Chiba across the bay.

Then I discover that the Shinagawa Fuji has a trick that the real mountain can’t emulate – that is, instead of having to descend the way you came, you just step down a few feet into the pine grove of the main shrine, elevated as it is high above the street on a natural bluff. Quite unlike the interminable and knee-punishing screes of the Subashiri Route. 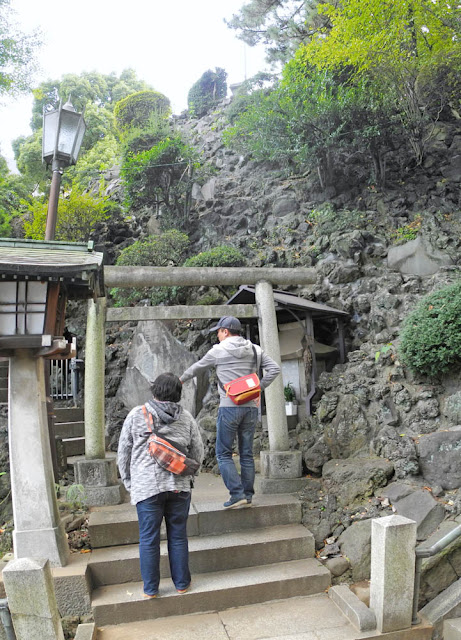 When the train pulls out of Shin-Bamba station, the evening sky backlights Shinagawa’s Fuji as a clot of anarchic shadows set amidst the regular crenellations of the city skyline, mountain wildness against civic order. The contrast is arresting, yet nobody gives the scene a second glance.
Posted by Project Hyakumeizan at 8:21 PM