Travelogue continued: in which an entire city vanishes under a white pall

4 February, Fukui: The Big Snow starts almost diffidently. At some point during our lunch at a ryotei, the sunlight fades and the first flakes start falling into the manicured garden. Around teatime, a single thunderclap announces a vigorous snow squall, yet this too is not unusual – such demonstrations often accompany winter weather fronts on this side of Japan. 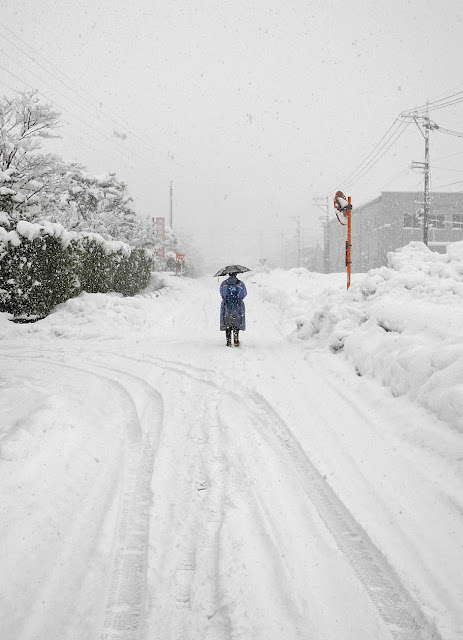 The night is weirdly bright, the low clouds reflecting the lights of the town back onto the snowy ground. I used to regret missing the chance to witness Fukui’s last Big Snow, which occurred back in my student days. Really, one should be careful what one wishes for. 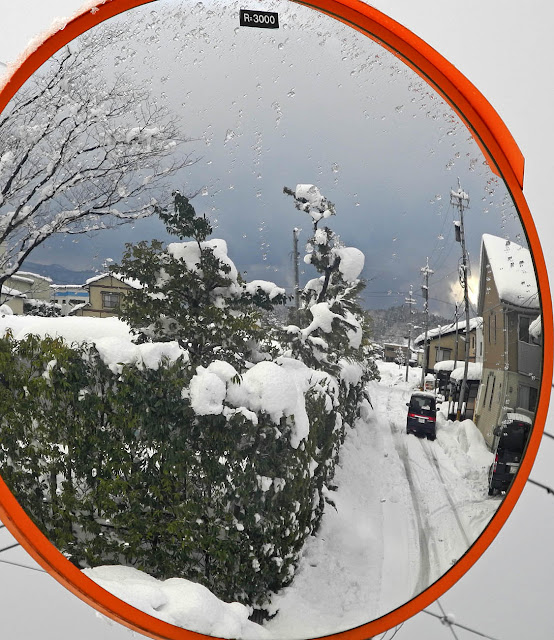 5 February: we wake to the sound of silence. Outside, if you listen carefully, you hear a faint crackle from the snow falling onto to the nearby high-tension wires. About 10 centimetres has fallen overnight. We dig out the Sensei’s van, and later walk over to visit friends.

By now, the sidestreets are covered in snow, even after the municipal snowplough has passed by. Watch out, says the Sensei, you can’t hear the cars coming any more. We have to keep to the streets, though – the undisturbed snow in alleyways and on flat ground is now above knee-deep. As it is, my boots are awash with melted snow. 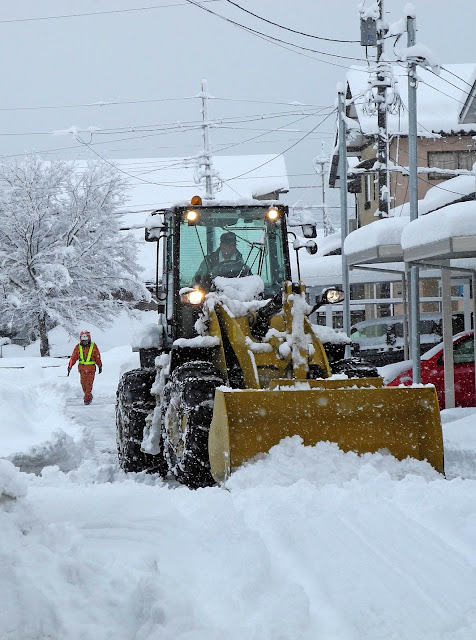 Swirling down on a chilly north wind, the snow is falling so thickly that the nearby hills fade into a grey pall. Later the TV reports that, out on the featureless plain near Awara, two trucks have run off the road and overturned, their drivers bemused by the Arctic white-out. Luckily, nobody was hurt. 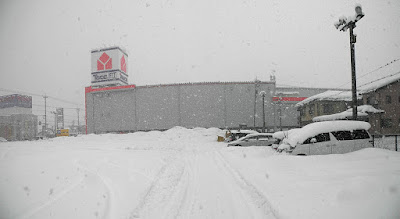 On the way back from tea and cakes with our friends, the snow comes in showers. When it falls in flakes, the snow is damp and clammy; out on a mountain, one wouldn’t survive long in this without top-class clothing. 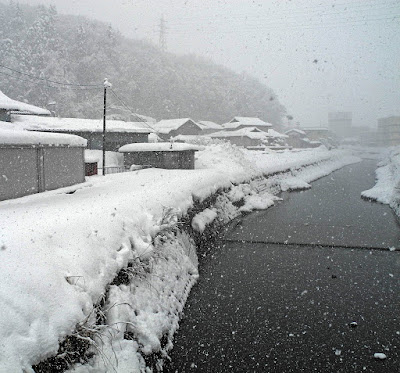 Sometimes the snow falls as graupel – dry, white pellets, as you often get in alpine thunderstorms. Traffic is still flowing easily along the main streets, which are kept clear by streams of water from buried pipes on the centreline. 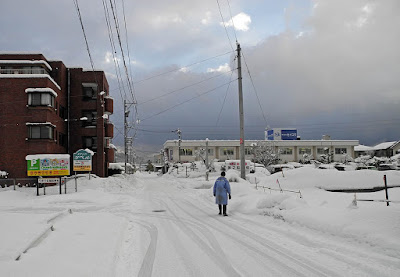 At sunset, the clouds briefly rift open, revealing a wild hassle of cumulus tops. For a few hours, the snow relents. But the TV forecast says this is just the beginning. I hope the weathermen are exaggerating, as I have to leave tomorrow if I’m going to catch my flight back to Europe. 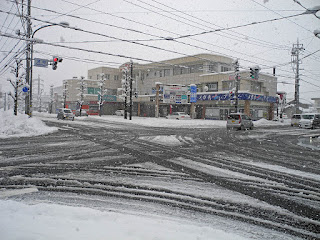 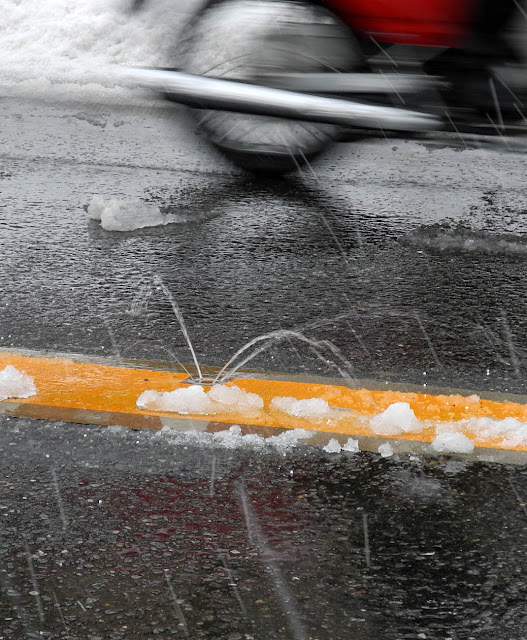 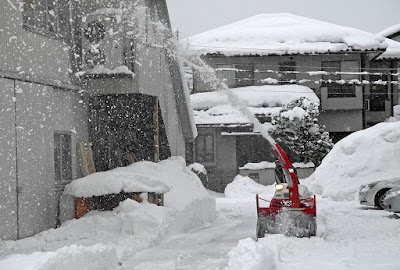 Posted by Project Hyakumeizan at 8:45 PM