23 March (continued): by this time, we’ve sussed the story-telling strategy: start with the local and particular, Itoigawa’s jade deposits, and travel outwards to the region’s eye-watering enchilada of different rocks. So, moving to the Fossa Magna Museum’s third exhibition hall, one would expect to be regaled by the biggest picture of all. 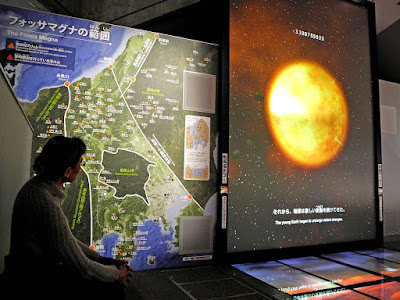 Nor are we disappointed. Videos presented on two floor-to-ceiling video screens – no, make that three screens, one projected on the floor itself – rocks us with the Fossa Magna’s history. Moving maps, heaving and flowing in three dimensions, show how the valley started out as a kind of inland sea, shortly after the two halves of the future Honshū rifted away from the Eurasian mainland. This is ground-breaking stuff. 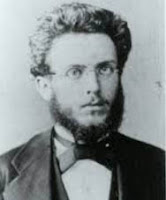 Better still, it’s up-to-date. As the centerpiece of the Itoigawa Geopark, the museum opened or re-opened its doors as recently as 1996, after what might be called “the new big picture” of Japan’s geological origins came to the fore. Yet proper respect is shown to the pioneers too. Opposite the video display is an exhibition dedicated to Edmund Naumann (1854–1927), a geologist who, while employed by the Meiji government, gave the Fossa Magna its name.

Naumann’s feisty, not to say abrasive, character probably accounted for the relative brevity of his tenure in Japan. But, by the same token, he got a lot done. The relics here testify to an enviable array of talents – Japan’s first geological map, for sure, but also watercolours that capture the charm of Old Japan, and (dating from after Naumann’s return to Germany) a drama entitled Götterfunken adapted from the folktale of Taketori Monogatari. 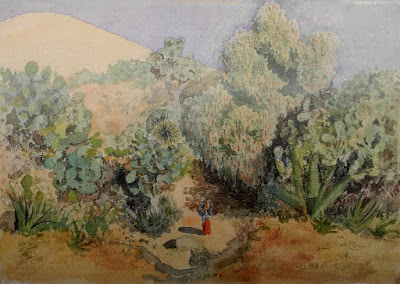 A fourth hall still awaits us. It threatens to be highly fossiliferous: “Funny ammonites named Nipponites from Hokkaido are must-see specimens,” promises the brochure, but we must demur. 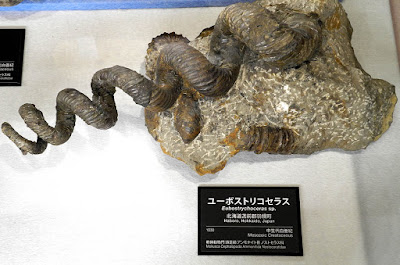 While a self-confessed geo-taku (or is that ge-otaku?) could spend the whole day here, I’d prefer not to test the limits of the Sensei’s patience with petrifactions. The same holds true for a gallery of world minerals on the way out. Fascinating as they are, we still haven’t had lunch. 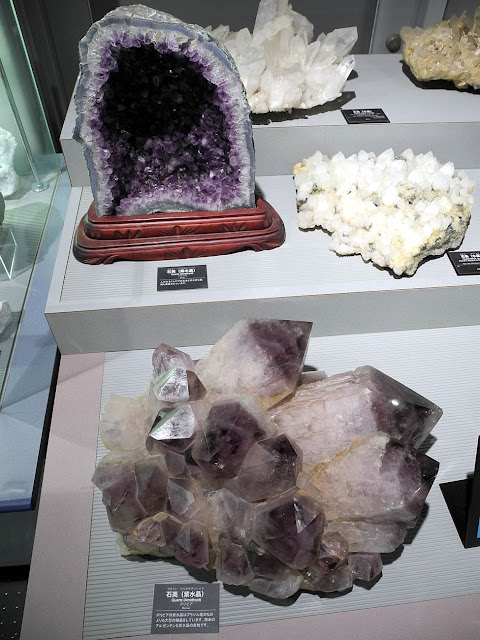 We do spare a moment for a showcase dedicated to Ono Ken (1932–2014), an engineer who worked for a local cement company – remember that peerless white limestone at Kurohime – and in his spare time roamed "the high peaks which fascinated a mountaineer", writing local guidebooks and pioneering a new trail. Along the way, he collected fossils and rocks, and took 180,000 slides, all of which he bequeathed to the museum.

Definitely it’s time for lunch now. We got out into the cold wind. Wandering back towards the station through the vegetable gardens, we come across the kind of sign used to mark ancient monuments. Sited atop the wooded bluff, the place would, in better weather, command a sweeping view over the town. 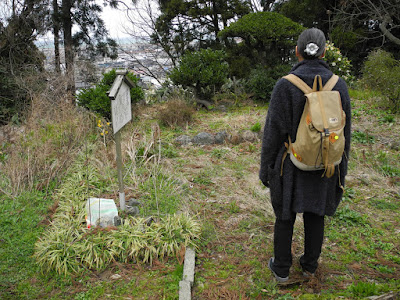 Four Jomon-era houses used to stand here, explains the Sensei. And their inhabitants may even have worked jade here. It wouldn't be surprising. In Itoigawa, whether past or present, jade is everywhere.... 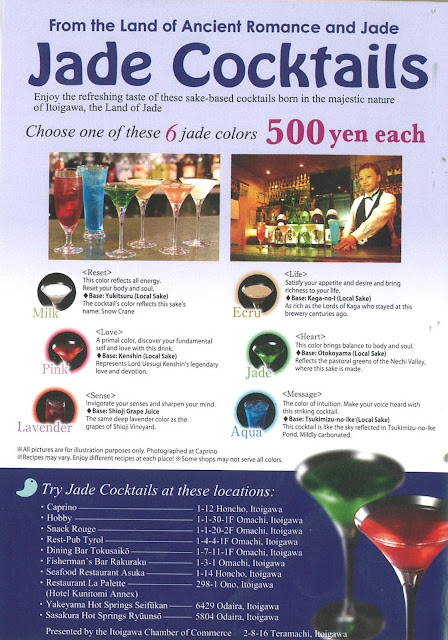 Posted by Project Hyakumeizan at 8:20 PM