26 March: we’re on a local hill, admiring a cluster of kan’aoi plants (wild ginger, if you must) when a butterfly flutters by. It lands on the sunny road and spreads its wings. 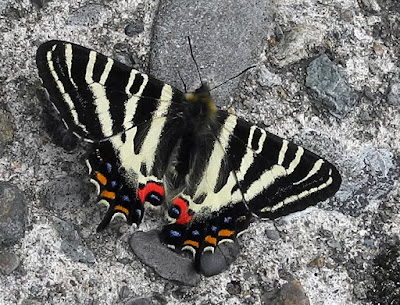 “It’s a Gifu-chō, I think,” says the Sensei. And she is right. The plant and the butterfly depend on each other, the caterpillar feeding on the kan’aoi flower’s nectar and pollinating it in return.

The name of Gifu was bestowed by Nawa Yasushi,* a native of that prefecture, who identified the butterfly for science in 1883 – one shouldn’t say “discovered” because painters had been depicting it since the Edo period.

This Gifu-chō was in a hurry: it let me snap one photo, then fluttered on its way. Perhaps all its kind are in a hurry. The savants say that a Gifu-chō lives only one week after emerging from its chrysalis. Other savants say that time itself is an illusion. I wonder how long a week seems to a Gifu-chō.


Butterflies darting
so familiarly among the flowers
that bloom by the fence -
I envy them, yet know
how little time they have left 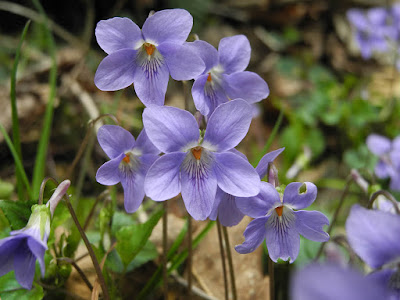 *Note: Nawa Yasushi gets a mention in Walter Weston's A Wayfarer in Unfamiliar Japan in the chapter on the Gifu Earthquake:

Turning townwards, among the many buildings spread at one's feet, notable for its purpose rather than its proportions, is the well-known Entomological Laboratory of one of Japan's most distinguished scientists, Mr. Sei Nawa, the results of whose long and laborious researches have culminated in the foundation of a school of agriculture mainly devoted to the teaching of economic entomology.

At the end of some thirty years' work this indefatigable investigator had made the acquaintance of. no less than 10,000 species of insects, represented in his Institute by over 200,000 specimens. In the grounds he erected a monument to the memory of the myriads of small creatures immolated on the altar of scientific research.

This was to be followed by the erection of a temple dedicated to Kwannon, the "Goddess of Mercy", likewise in their honour, and was moreover to contain one thousand images of the Divinity, carved from timber derived from the many Buddhist temples and Shinto shrines throughout the land which have specially suffered from the ravages of white ants. 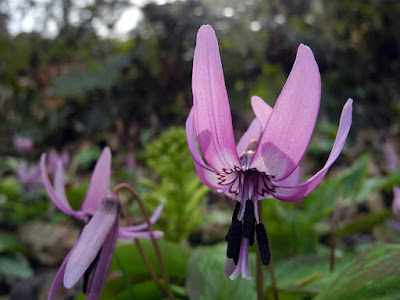 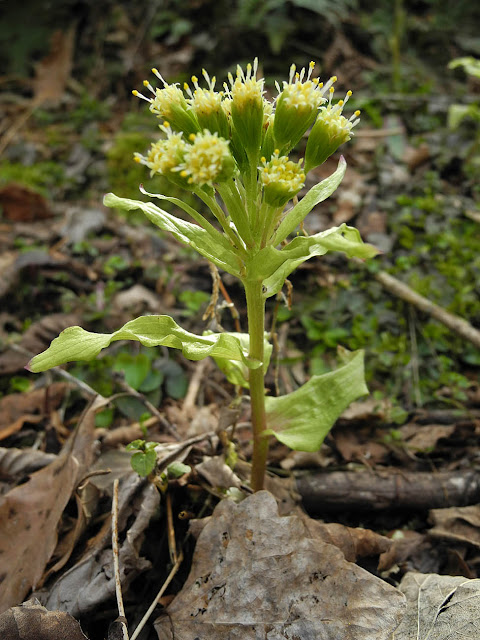 Posted by Project Hyakumeizan at 10:55 AM