13 April, Narita: as soon as the tyres squawk onto the runway, I realise this trip is ill-timed. Over there, a whole row of them enfold the airport’s fuel tanks in their luminous billows. Later, as the Shinkansen hurtles westwards, they flicker past the windows like a faulty neon tube. On arrival in Fukui, they throng the streets and riverbanks, or light up the tawny hillsides with intermittent puffs of pallor. In the manner of a frontal assault – people do call it the sakura zensen – the cherry blossom rolls northwards. Resistance is futile. 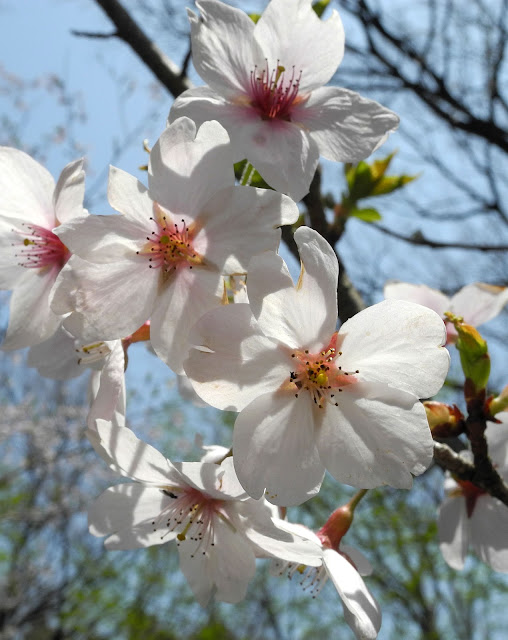 14 April, Fukui: if we can’t avoid them, we may as well view them. I accompany the Sensei up Asuwa-yama, the hill on the edge of town. Under the flowering trees, pensioners take selfies with their smart phones. This is a weekday, so crowds are moderate. Tomorrow, on Saturday, the police will be out trying to unscramble the gridlocked roads. Such congestion is traditional:-

The sedan chairs jostle as they vie to view the blossom (Yūsei, 1680) 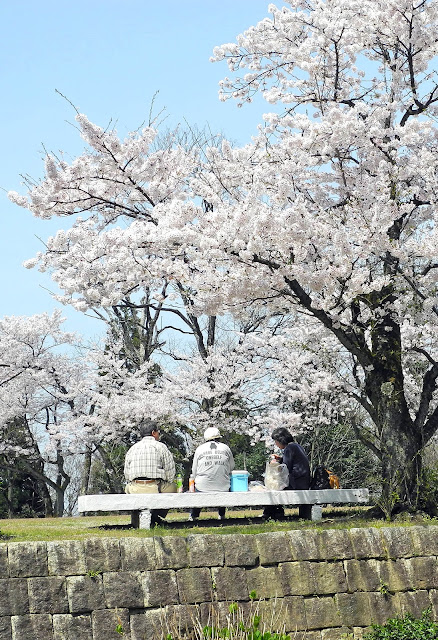 I’ve nothing against cherry blossoms, of course – without them, after all, there’d be no cherry trees. It’s just their in-your-face evanescence that’s objectionable. 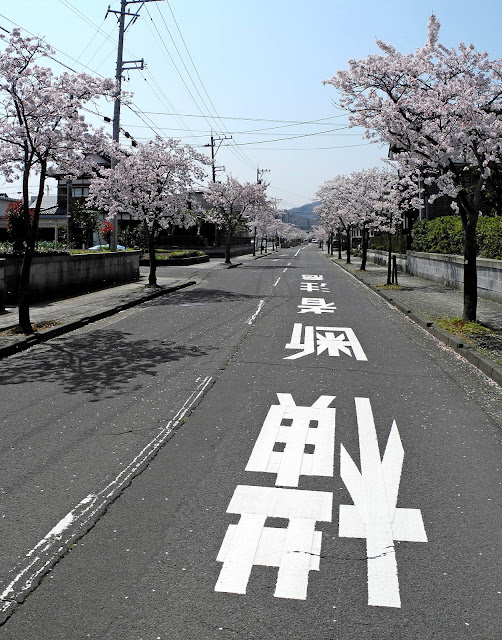 Now, here we go again – the breeze swirls the petals round us like a snow squall. So stagey. It's as if somebody's trying to re-enact those famous opening lines in Tale of the Heike: “The proud endure not; they are a mere dream on a spring evening and, no less, the mighty must fall, as blossom drives before the wind ….” 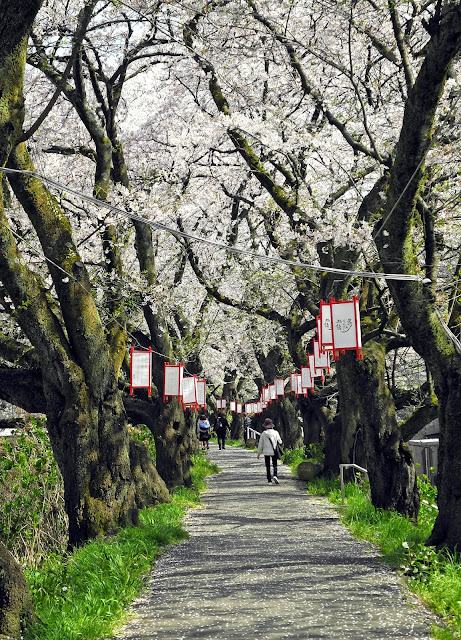 Actually, the aim of our walk has nothing to do with the mighty. We're on our way to a teacher's house. The name of William Eliott Griffis (1843-1928), a Meiji-era yatoi, will live forever in connection with Fukui. In 1871, not long after graduating from Rutgers University, the young American came to the feudal school as a science teacher on a salary of $2,400. The Fukui authorities even built him a Western-style house. 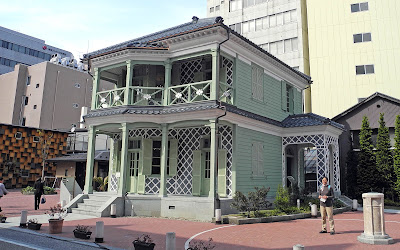 Embarrassingly, though, Griffis's actual stay was almost as transient as the sakura zensen's. The year after his arrival, he decamped to a more prestigious job in Tokyo. Although this irked his hosts, Fukui seems to have forgiven him, and the house was recently reconstructed. At the Sensei’s suggestion, we drop in to inspect it.

Surfing the exhibits, a minor meizanological discovery is made – Griffis may have been the first foreigner to climb Hakusan, the 2,702-metre dormant volcano that looms to the city’s east. At least, that was his ambition, as he phrases it in a letter to his sister Maggie dated August 20, 1871. The full story is found in his collected letters. 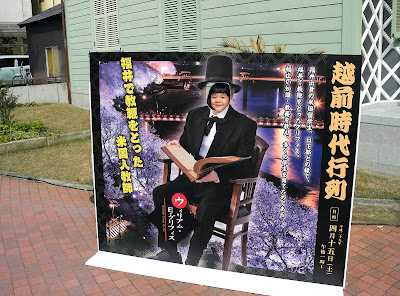 Outside the house, the museum curators have erected a hardboard cut-out of Griffis, complete with a puritanical hat, leaving a hole where his head should be for visitors to poke their faces through. A cheeky young soul does just that as we walk past. Yes, after more than a century, I think Fukui and Griffis have at last reached a satisfactory accommodation.

Posted by Project Hyakumeizan at 7:07 PM

Intriguing information about Mr. Griffis. If proof can be found that he did climb Hakusan. perhaps we'll see a bronze bust at the trailhead in the future!

I'm sure that, since Griffis saw himself as a future minister of the church, his account of climbing Hakusan is unimpeachably accurate. Besides, Hakusan would have been just as convenient to climb then as it is now - complete with well-made paths and a large hut complex near the summit, to accommodate the pilgrims. So no reason not to complete the climb. As for a bronze relief, he already has one outside the reconstructed house....