7 November: our plan to climb Red Rabbit Mountain runs, literally, into a roadblock. The sign tells us that the toll road will stay closed until spring. As that seems too long to wait, we leave the Sensei’s van by the roadside and start on the three-hour trudge to the summer tozanguchi (road-head). 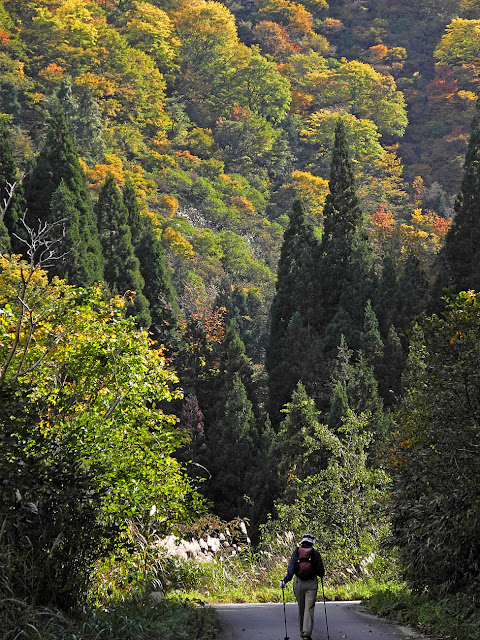 Ohara, the hamlet at the start of the toll road, is deserted, its houses boarded up and battened down for the winter. People live there only in summer now, the Sensei says, making it just like a Maiensäss in some corner of the Swiss Alps. Deserted by people, that is. For we are about to meet the mountain as habitat. 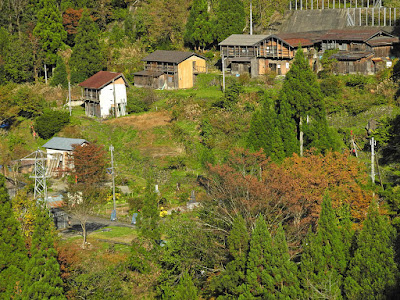 Now steaming in the sunbeams of a fine autumn morning, the road already hints at a lively flow of overnight traffic. We happen, first, across evidence left behind by troop of monkeys - shame on them - and then a pile of berry-crammed bear scat. Concerned that indigestion may have left the beast in a bad mood, we turn up our bear-bell to the max. 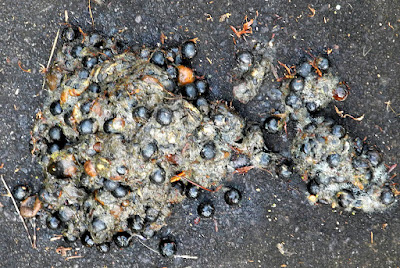 More mysterious is the mole mortality. We find one furry little corpse lying on the tarmac, as if it had just keeled over. Then, after a hundred yards or so, another. And then another. Altogether, the Sensei counts five or six. We are already far from the last cultivated field, or any other possible source of pollution, and the weather is still warm. What could account for this miniature hecatomb? We cannot tell. The snake pulls us up with a start - it lies motionless in our path, so that we see it at the last moment. Mamushi: it’s a viper, says the Sensei, reading the tell-tale pattern on its back. Still it doesn’t move. I move in for a photo. Careful, warns the Sensei, they can jump two metres at you when they’re riled. But this one plays dead, frozen by fear or the cool morning shadow.

Rounding a bend into warm sunshine, we start another snake into wriggling flight - this one is very much alive. The Sensei identifies it as a yamakagashi (Rhabdophis tigrinus), from the neat yellow patch behind its head. According to the savants, it gets its venom from eating poisonous toads. Moving on, we check the undergrowth carefully before sitting down for a snack. 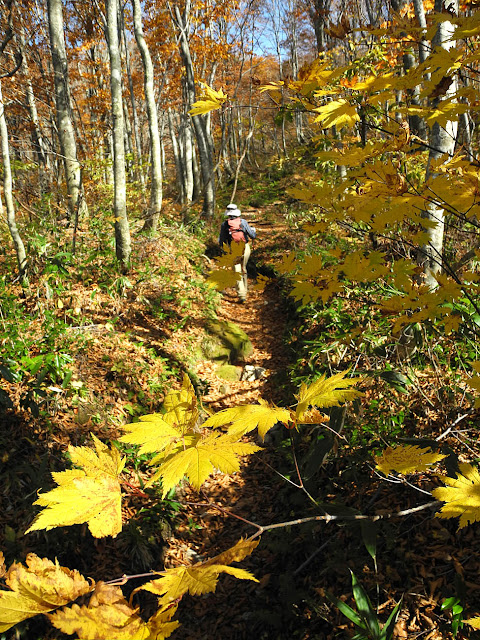 At last we reach the road-head. Akausagi-yama (Red Rabbit Mountain), a signboard tells us, is so called because it resembles a red rabbit. Ah, I’d been wondering. Although, today, the slopes above us shimmer rather with purple as the autumn light filters through the trunks of the beeches. We move up through the bare trees, rustling our way through worlds of leafmeal. 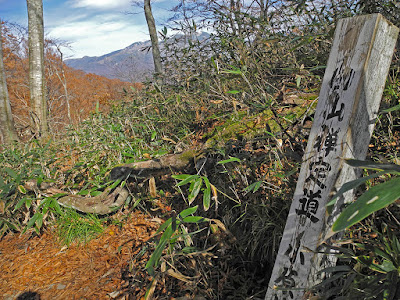 At the col, we turn south. We are now walking along the Echizen Zenjōdō, the ancient pilgrim’s path from Heisenji all the way to Hakusan. In reverse direction, we are again following in the footsteps of that mountain’s first ascensionist, Monk Taichō. 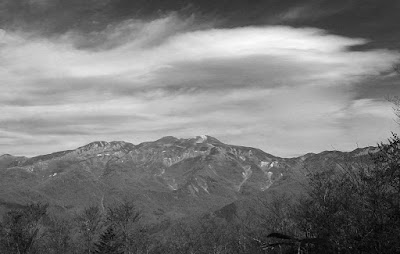 On our own summit ridge, the autumn woods stretch away westwards towards the extinct volcano of Kyōgatake. And, to the east, always Hakusan, wearing its lenticular capcloud like a badge of Meizanic rank …
Posted by Project Hyakumeizan at 2:58 PM