It’s unusual to start a travelogue with a warning. But one is needed here. Have no truck with these Hyakumeizan, the One Hundred Mountains of Japan. Once hooked, you are lost – you’ll find yourself bivvying in sub-zero temperatures like CJW, running up peaks with your dog like Hanameizan, telling Tozan Tales like Wes, sniffing the fumaroles like Tom Bouquet, or even (like this blogger) flying in from abroad to get your fix. So read no further, would be my advice. Unless, of course, you are already a Hyakumeizan addict, and then there's no hope for you anyway.... 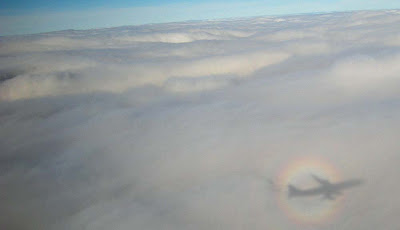 Flying with Sei Shonagon
21 November: In winter, it’s the dawn. That’s what Sei Shonagon, a literary luminary of Heian Japan, would have said: in winter, it’s the dawn that’s beautiful. We’re somewhere over Siberia when the eastern sky starts to glow underneath the airliner’s gently rising and falling jetpods. Although, if Sei Shonagon were travelling today, she wouldn’t be looking at exactly this view. No, she’d be reclining elegantly in first class, au grande horizontale. And nothing as vulgar as an engine would obstruct her appreciation of the rosy horizon. 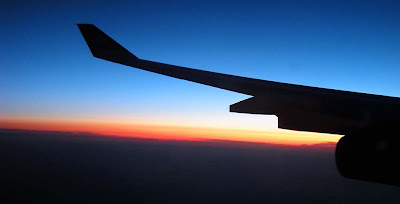 Even if we happened to be sitting side by side, though, the conversation might falter. Sei Shonagon is an eminent diarist, who has sold untold millions of her famous Pillow Book. Today, literary agents would be beating paths to her door. So she wouldn’t be impressed that I’m flying to Tokyo to seek a publisher, even if it is for the English version of Fukada Kyuya’s Nihon Hyakumeizan. A book about one hundred Japanese mountains, she would enquire. And, you mean to say, people actually spend their lives (and ruin their complexions) trying to climb all of them? “How very otiose,” she would say, retreating behind her fan with a simper.

Nobody can accuse Sei Shonagon of excessive enthusiasm for the outdoors. Yet even she had occasion to invoke the deity of a famous mountain. As when, one winter in the late 980s, the courtiers built snow mountains in the palace gardens and she rashly boasted to the Empress that hers would last until mid-January: “ ‘Oh, Goddess of Mercy of Hakusan,’ I prayed frenziedly, ‘do not let our mountain melt away.’”

I’m wondering if it would be churlish to mention this episode when she tells me to bring my seat back into the upright position and stow the tray. Wait, that’s not Sei Shonagon – the instruction comes from a flight attendant and we’re already dropping towards Narita. What a shame – all too brief was my date with the Heian period’s second most famous authoress. But at least we’ve established that she too was a Hyakumeizan devotee. On one occasion, anyway.
Posted by Project Hyakumeizan at 10:56 AM

"A hundred famous mountains? No, no, no, you surely have that wrong, Omoshiroki-no-Chujo. I clearly listed eighteen.

Chris - eighteen mountains? I presume these are references within the famous Pillow Book. If so, you raise an intriguing possibility - that Sei Shonagon, instead of pursuing midnight trysts, was really sneaking out for nocturnal ascents of Hiei, Atago, and other eminences around Kyoto. Although, if she was a secret mountaineer, she hides the evidence well - Section 42 of the Pillow Book suggests that she has no head for heights: "Shrubs that grow in precarious places like the mountain's edge make me uneasy, and I find them moving. Stonecrop is especially pitiful..."

Not just a peak-bagger, I've found evidence that points to her having been a fell-runner and possible proponent of the art of canyoning as well in Chapters 11-15 - chapters which are suspiciously missing from Ivan Morris' translation..

Well, I can't comment on the fell-running or the canyoning. But she was certainly an orienteer - see "Depressing things" (Chapter 13 in my edition), where she mentions the need to visit a friend's house in order to avoid "an unlucky direction" (and aren't they all in the average orienteering competition...)

There are several versions of Makurano-soshi. It seems first versions listed only eight mountains, and that later, people, as they copied, added several other mountains according to their tastes.

This version (I'm sorry I can't track which version this is from) lists thirty-seven mountains:
Chapter 10  山は
小倉山。三笠山。このくれ山。わすれ山。いりたち山。鹿背山。ひはの山。かたさり山こそ、誰に所おきけるにかと、をかしけれ。五幡山。後瀬山。笠取山。ひらの山。鳥籠の山は、わが名もらすなと、みかどのよませ給ひけん、いとをかし。伊吹山。朝倉山、よそに見るらんいとをかしき。岩田山。大比禮山もをかし、臨時の祭の使などおもひ出でらるべし。手向山。三輪の山、いとをかし。音羽山。待兼山。玉坂山。耳無山。末の松山。葛城山。美濃の御山。柞山。位山。吉備の中山。嵐山。更級山。姨捨山。小鹽山。淺間山。かたため山。かへる山。妹背山。

(Also, those mountains are under different chapters in some different versions.)

Dear Anonymous - may I call you 'An? - many thanks for providing the raw texts. It's interesting that Ibuki is in both the lists, showing that Sei Shonagon and Fukada Kyuya agreed on what constituted a "Meizan". And, in fact, Fukada considered other mountains in Sei's list as possible "Meizan". In his book's afterword, he wrote this:-


"In the Kansai, I considered adding Suzuka-yama or Hira-yama, whose names resonate through the ages, to my chosen peaks of Ibuki, Ōdai-ga-hara, and Ōmine-san. In fact, I have visited Suzuka-yama no fewer than three times. What made me hesitate was its lowly stature when I viewed these hills from the top of Fujiwara-dake, which I climbed in preference to Gozaisho-dake, a summit that has been turned into a public park. The same objection holds for Hira-yama. Perhaps I should have chosen one of the Oku-Koya hills, but I'm not familiar with this area."

So I think that Sei and Fukada would have got on well together....