25 October (continued): Even from twelve kilometres away, the mountain browbeats us. No wonder it shouldered its way irresistibly into Fukada Kyūya’s list of one hundred famous mountains. Cliffs beetle, ridges bristle, a rocky prow surges El Cap-like into the clouds. Can we really get up that thing? 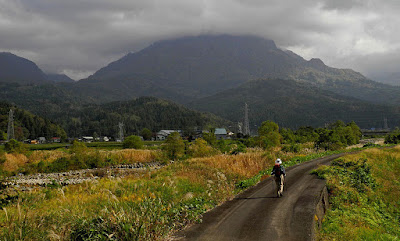 We set off along the river bank towards our nemesis. Autumn grasses wave, just about holding their own against an invasive yellow weed that is spreading in from the coast. The interloper came in during Japan’s GHQ era, says the Sensei.

Soon we find ourselves uncertain of our position. Has our mountain somehow drifted north along the Itoigawa-Shizuoka Tectonic Line? No, the map reassures us. Yonder El Cap is actually known as Koma-ga-take. Our true objective, Amakazari-yama, still hides its head in the clouds. Well, says the Sensei, what else would you expect from a mountain written with the characters for ‘adorned with rain’? 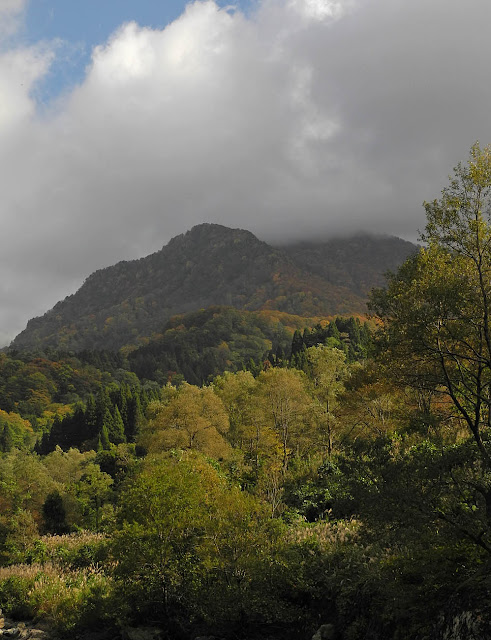 When we walk through a quiet hamlet, nobody is around, not even in the village shop. This rustic emporium recalls the ones that you’d find thirty years ago, before those ubiquitous Seven-Elevens and Lawsons spread their just-in-time tentacles into the remotest parts. 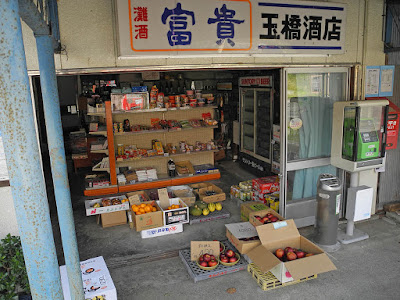 Travelling was less convenient in those days – the village shops sold nothing that the passer-by could actually eat, except perhaps for stale cakes – but the pace of life was more measured. People seemed to have more time for everything. 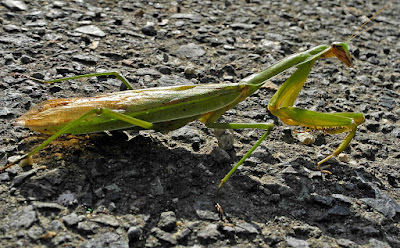 By default, our approach march has slipped into this old-fashioned groove. Walking up to the lodge will take hours, yet we’ll see more than we ever could from the windows of a speeding taxi. The husks of insects by the road. Miniature shrines, complete with paper charms and lanterns, keeping watch over the rice fields. Fortunatus et ille deos qui novit agrestes ... 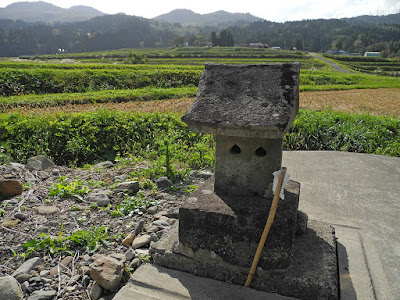 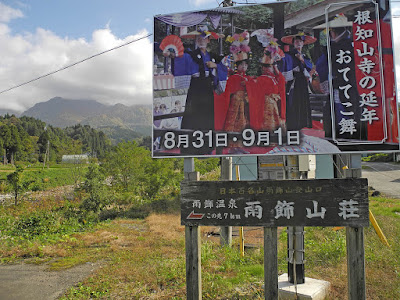 The clouds start to lift as we turn off the main road. Now a winding lane leads up into the foothills. We are so far impressed by the dense beech woods as to deploy our bear-bell. Opposite, the mellow afternoon light lets the cliffs of El Cap – sorry, Koma-ga-take – stand out in rugged relief. Slow is more. 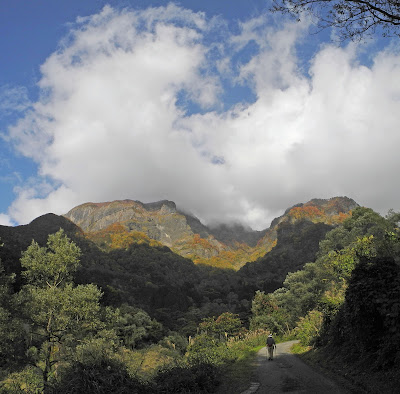 Up here, the susuki grass reigns unchallenged by the yellow weed, as befits one of those seven flowers of autumn. 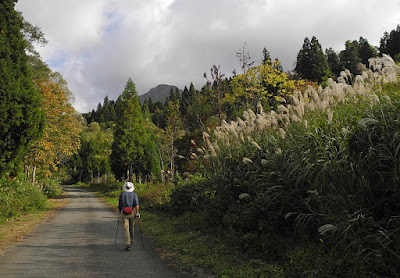 The hot springs show up after the sun has slipped below the ridge. In the chill evening shadows, the place seems as remote as it was in the days of the Hyakumeizan author. It was in the early summer of 1941 that Fukada came this way, together with his brother. In those days, the hot springs went by the name of the Kajiyama Shinyu. They were rebranded as the Amakazari lodge after Fukada’s book, published in 1964, summoned the eponymous mountain into the limelight. 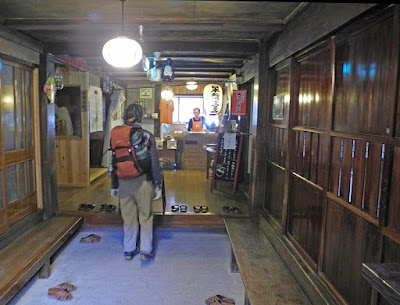 We slide open the door and step into a wood-panelled entrance hall. All is dark and we can’t find the light switch. An elderly man comes out to greet us, explaining that he’s on his own, as the other staff have already left: the lodge closes for the winter in a few days and we’re the only guests. Our host is 75, he tells us, and has worked up here for a decade of summer seasons. 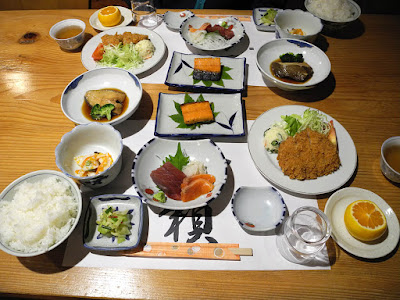 But the opulent dinner needs no apologies, even if the spacious dining hall feels a bit draughty with just the two of us to fill it. We turn in early. Our host advises a five o' clock reveille if we want to traverse the mountain.
Posted by Project Hyakumeizan at 9:13 PM

Throw some fleas into the equation and you'd be easily mistaken for Walter Weston, so untramped are those hidden reaches of Itiogawa. Looking forward to the main event, but equally entertained by your idyllic approach to 'base camp'