19 October: again, the Sensei and I are following in the footsteps of Taichō Daishi, the mountaineering monk. We’re on our way to Ochi-san, the modest peak west of Fukui where he began his saintly career. 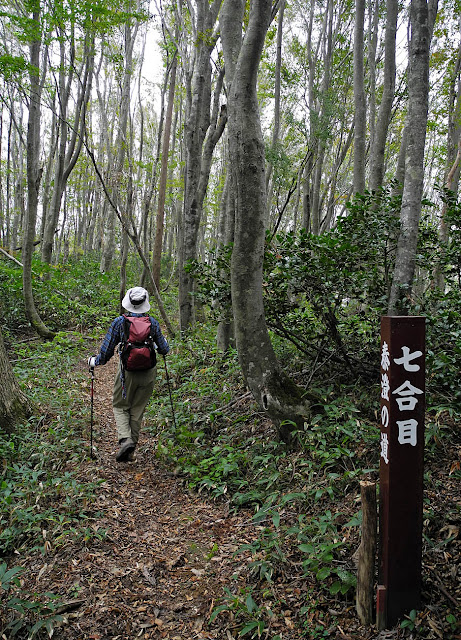 On this somewhat-too-warm autumn day, I wonder if we’re going to meet a viper sunning itself on the path, as on a previous visit. No, today’s warning signal turns out to be a buzz, not a hiss: a red-banded hornet circles us briefly before deciding that we’re not a threat. That’s as well: a suzume-bachi’s sting is much more likely to be deadly than the fangs of a mere viper.

Ochi-san packs a lot of biodiversity into its 812.8 metres. Little yellow butterflies flutter around, fungi run riot on fallen trunks, lethal-looking spiders lie in wait for their prey, and a portly toad suns itself by the path. 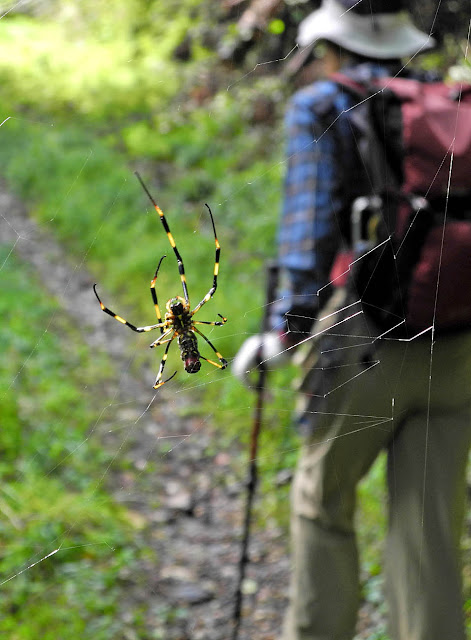 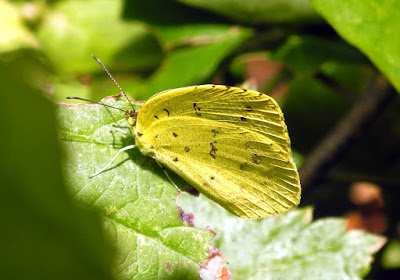 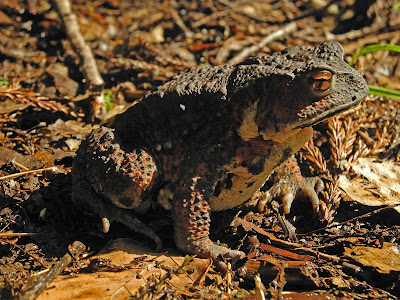 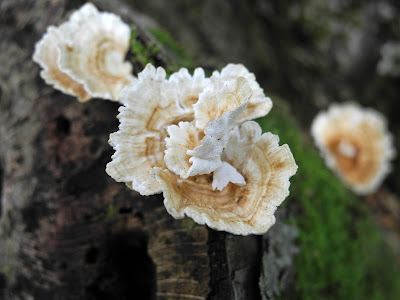 And now the Sensei points out a cluster of kan’aoi (Heterotropa muramatsui ?), a woodland plant that, rather like those outlandish tribesmen in medieval maps who carried their heads underneath their shoulders, wears its leaves above and presses its greenish flower into the leafmould below. 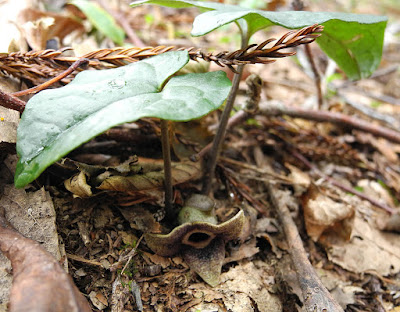 Nobody quite knows why; the savants propose that the flower is pollinated by the ground-crawling caterpillar of the elegant swallow-tailed butterfly known as the Gifu-chō. 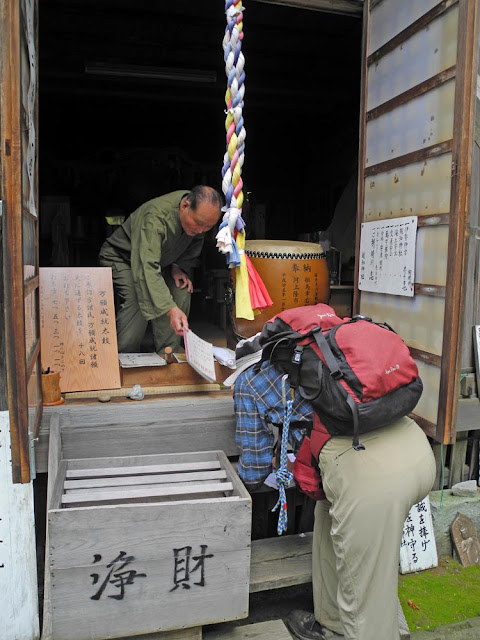 We are lucky to find Otani-sensei still in residence at his mountaintop shrine – he planned to drive down to the valley the next day to stock up on food. We thank him for the tickets he gave us this time last year to an exhibition to mark the 1,300th anniversary of Taichō’s ascent of Hakusan in the first year of Yōrō (717).

Over tea, he reminds us that, as a youth, Taichō slipped out of his parents’ house in what is now a southern suburb of Fukui City for a run to Ochi-san – a round trip distance of about 30 kilometres – where he meditated nightly in a cave near the summit. 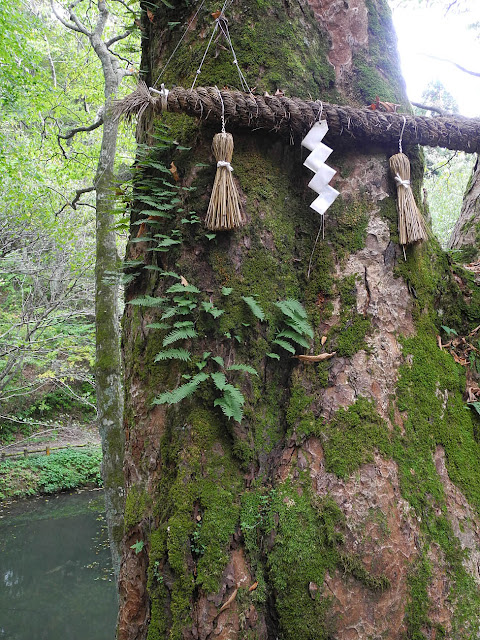 We talk about last year's super-typhoon and the havoc it wreaked on the woods around the shrine. Most, but not all, of the fallen trees have been cleared in the meantime. Fortunately, the storm winds spared the magnificent chestnut tree in front of the main shrine building. Whether or not Taichō planted it himself, as legend has it, his tradition lives on within this sacred grove. 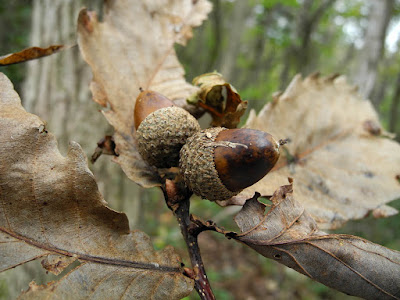 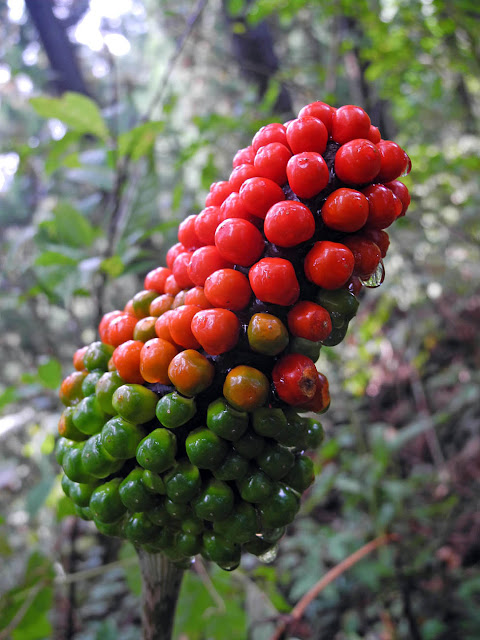 Posted by Project Hyakumeizan at 10:15 AM