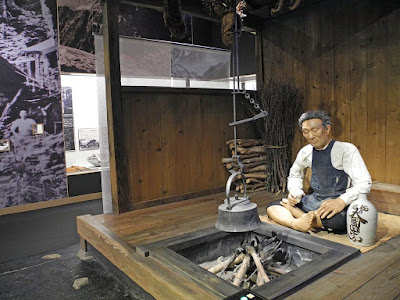 This hall outlines the human history of the Northern Alps, starting with the monks who made pilgrimages to sacred summits, continuing with the “constable yeomen” (okuyama-mawari) who patrolled the Kurobe valley in feudal times, and ending with the surveyors, alpinists and mountain-lovers of modern times.

As you’d expect, the pioneers of the Japanese Alpine Club get their due. My eye lights on a copy of “Sangaku”, the club’s journal – the first-ever issue of the first climbing journal in the whole of Asia. Its cover is an impressive blend of traditional woodprint and Art Deco aesthetics. The editor, Kojima Usui, must have been pleased with it: 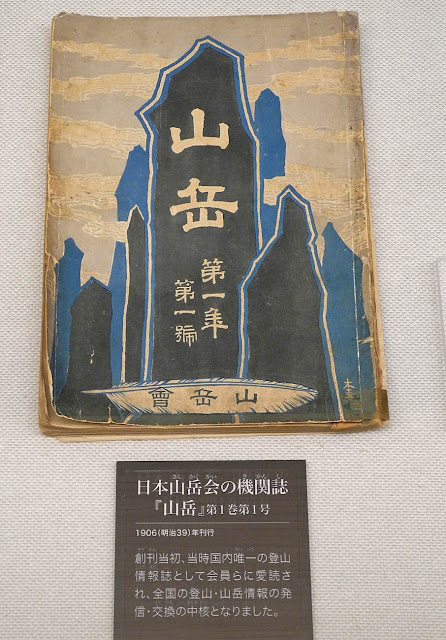 The JAC’s artists are also represented. On display is an oil painting of Karasawa, a glacial coire underneath Hodaka, by Ibaraki Inosuke. By eerie coincidence, it was in that very place that Ibaraki started the climb from which he never returned, in October 1944. 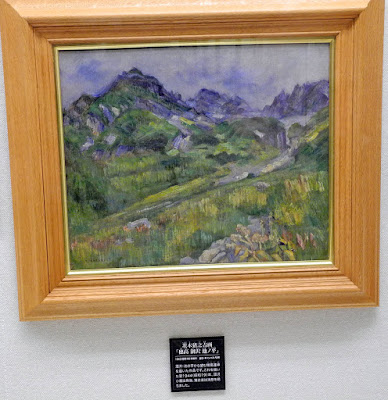 Equal coverage is given to the local guides, inn-keepers and hut wardens who made it possible for the urban adventurers to climb safely and in style. There, in a photo, is memorialised Kobayashi Kisaku, who built the Sesshō Hut on Yari in 1922 (the path to it still bears his name): 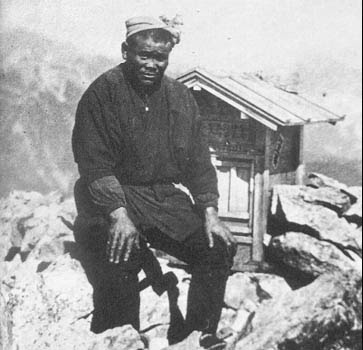 and here, outside a local ryokan, the men who founded a guide’s association at Ohmachi in 1917:

The foreigners are there too: Walter Weston’s visiting card has found its way into one cabinet, along with a preface in his own handwriting for a book by pioneer botanist and mountain photographer Shimura Urei. “It is no less a privilege than a pleasure to be invited to play the part of sponsor to this charming and important volume,” begins the mountain missionary. You can read the rest in his own neat handwriting: 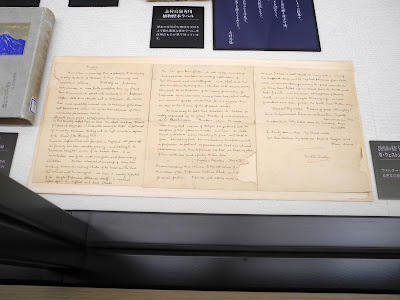 Many more relics await inspection (even a broken rope), but time is up. Miss that 15.08 train, and the Sensei, who has been working all day, will be kept waiting for her supper. It's not to be thought of. Stepping outside for the walk back to the station, I find that the sky has clouded up but the peaks are still clear. So the weather wasn’t as bad as expected. 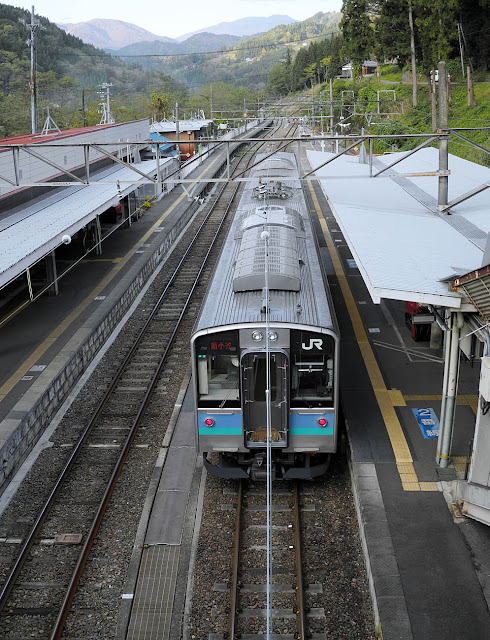 When a change of trains is made at Minami Otari, a signboard tells me that this is the valley base for Amakazari-yama (1,963 metres). And still the rain has held off. Maledictions! Instead of spending the day indoors, I could have taken an early train, raced up the approach road in a taxi (surely a justifiable expense), and scored a lightning one-day ascent of Number 31 in Fukada Kyūya’s “Nihon Hyakumeizan”.

Ah well, the mountain will always be there tomorrow, I try to console myself as the train doors slam shut for the second leg of the journey home…
Posted by Project Hyakumeizan at 6:26 PM